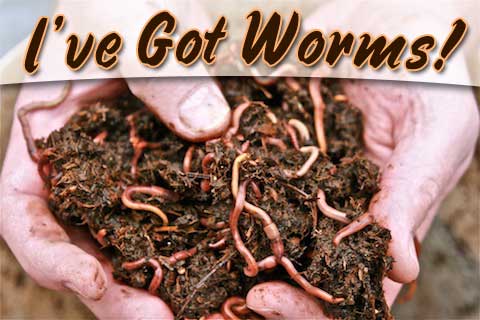 Story and photos by Leslie Huffman

Cary, NC -Did you know that food is the #1 least recycled of all waste materials? In Cary we are great at recycling paper, plastic and glass. We just put it “in the bin” and off it goes to the recycling plant. But up to 75% of what we throw away is organic material.

The crazy thing is food decomposes all by itself in nature. But it remains one of the largest components in landfills, accounting for nearly 50% of all municipal solid waste. There is more food in landfills than diapers, styrofoam, and tires — combined.

Landfills are layered deep and saturated with water.  No oxygen can penetrate.  As a result, even “biodegradable” waste will remain embalmed for centuries to come. What is a good alternative? 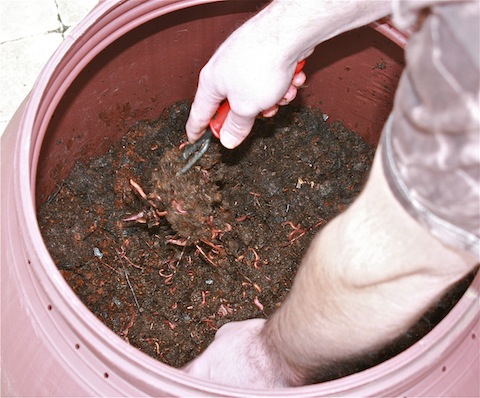 Instead of disposing of food scraps, yard wastes, and other organics, this material can be vermicomposted and turned into valuable fertilizer for growing healthier plants. Vermicomposting is the process by which worms are used to convert organic waste into a usable natural fertilizer.

So I went looking for worms. Not just any worms. There are estimated 1,800 species of earthworms. But for vermicomposting I needed the tough compost worm or “red wiggler” as the worm pro’s call them.

So where does someone living in a subdivision in Cary find red wigglers? I just called Steve Stanek of NC Worm Farm located right here in Cary.

Steve came by (wearing a tie-dyed t-shirt that read “I dig worms”) to give me a lesson on worm composting and help me set up the large bin, my red wigglers would call home. Curious, I asked Steve how he got started in the worm business.

“My father and I go fishing together regularly. I was getting tired of paying for worms at the bait shop and tried my hand at growing my own worms. Many of the worm breeds I tried kept dying, until I started raising the nights crawlers, or “red wigglers”, said Steve. “The more I read about vermiculture the more interested I became, and decided that there was a business here to cultivate.” 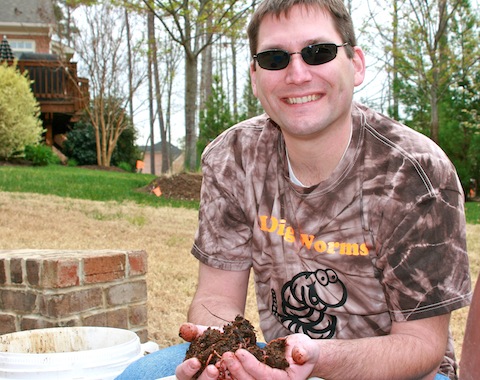 The Ins & Outs of Worm Poop

Steve showed me a couple of different bins, and I chose the large upright bin that made it easy to collect the composted material. Steve explained that worms are ideally suited for home composting because they can eat half of their body weight in waste each day leaving nutrient rich worm casting. This worm casting or worm poop, is the worlds richest fertilizer.

When composting with worms, not only do you get to recycle your kitchen waste in an environmental way, you are left with a natural fertilizer that way out-performs any commercial fertilizer. These wiggly fellows will turn most of your food scraps, yard waste, and even newspaper and cardboard into fertilizer. Here is a list of things they will breakdown easily:

Things not to feed your worms include:

Steve helped me set-up the worm bin with 1 lb of worms (about 1,000). He showed me the small worm cocoons that were also mixed in with the adults so that my worms could reproduce.

I will keep that in mind just in case I take up fishing.

You can find Steve and more information on his website NC Worm Farm.

Now I just need to save my food scraps and feed my new pets. In a few weeks I will begin to harvest the fruits of their labor and collect the nutrient rich worm castings for my spring garden.

Q. How can you tell which end of a worm is which? A. Tickle it in the middle and see which end laughs.