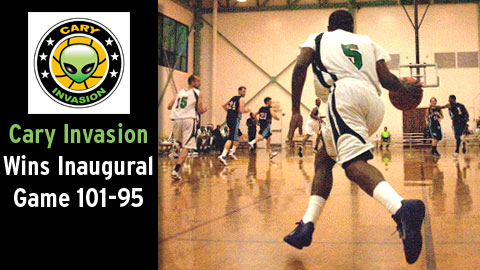 Story and photos by Hal Goodtree

Cary, NC – It was a lively scene at the Herb Young Community Center in downtown Cary on Friday night as the Cary Invasion won their first ever game against CBL defending champs the Wilmington Sea Dawgs, 101-95.

The stands were largely full as a hometown crowd came to see local athletes compete in their first professional game. Downtown Manager Ed Gawf was in the stands. Parks & Rec Director Danny Hopkins was helping move bleachers in the sidelines.

I saw Heart of Cary President Doc Thorne at the game, and Cross Currents Festival Director Carrie Knowles was there too. 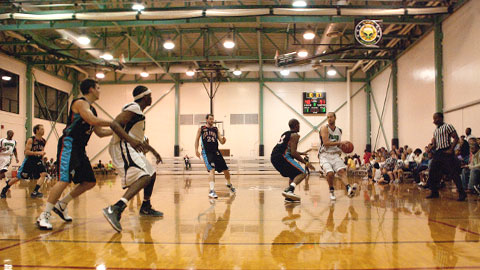 But the evening belonged to the Cary Invasion, our town’s first pro basketball team. They defeated the Wilmington Sea Dawgs 101-95 in a fast and physical game that came down to hustle and desire.

“I want to start the season undefeated,” GM Mark Janas told me on the sidelines. He got his wish.

Charles “Chuck” Ward, 6’7″ forward out of St. Augustine’s, provided toughness and hustle. He scored 16 and always seemed to be stirring things up under the rim.

All in all, a good start for the Invasion. 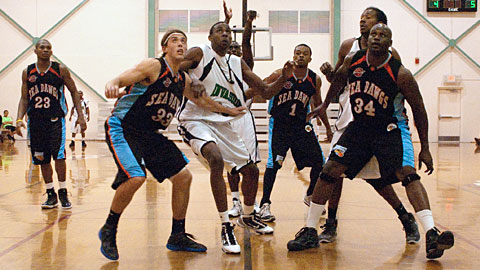 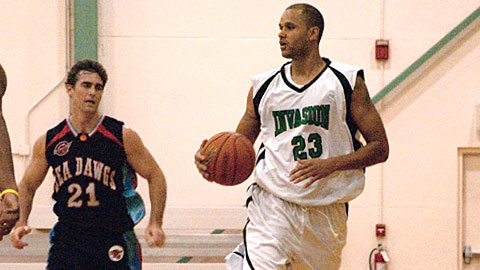