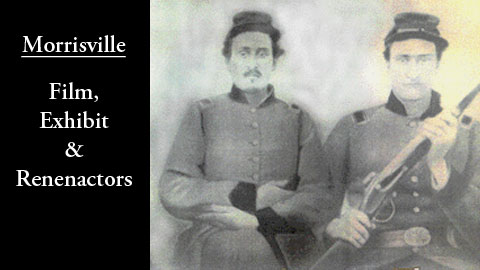 The Town of Morrisville will unveil new historic exhibits and two video documentaries that feature the history of the town.

The exhibit opening will take place on Thursday, June 23, 2011 at 5:30 p.m. in Town Hall followed by the premier of the video premier in the Council Chambers.

Members of the North Carolina Grays/Cedar Fork Rifles will bring history to life with period costume, morning and afternoon company drill and a flag ceremony at Page House in Morrisville on  Saturday, June 25, 2011, 10:00 AM – 5:00 PM.