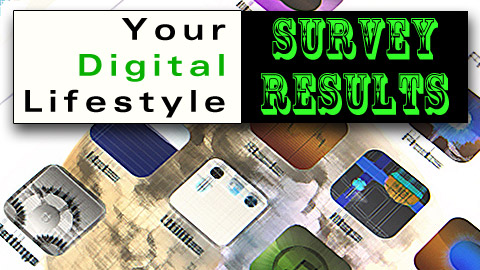 Cary, NC – Thanks to everyone who participated in our Digital Lifestyle Survey last week. Some of the results may surprise you.

Get Back to Me

We started by asking people how often they checked their email. 72% said “constantly.” The remainder said “a few times a day.”

17% said Twitter was “for kids” and only 22% said they used the social messaging service.

And the Winner is: Firefox

Firefox came out clearly in front with 38.9%.

Some technologies have clear winners and losers. Email is not one of them.

69% of respondents used Facebook every day. Another 25% said they were on it “now and then.”

I Get Most of My News From the Internet

Almost 78% of respondents say they get most of their news from the internet.

Radio came in send with 19.4%. Newspapers limped in third with 16.7%. TV staggered across the finish line with 13.9% and magazines barely qualified with 8.3%.

Only 2.8% of respondents said “Don’t care about news.”

We asked people to describe their overall relationship with the internet. No one said they were “a little lost.”

44% claimed “expert skills” and 33% said they were “professionals.”

A Slice of Cary

What we have here is targeted snapshot of the digital lifestyle of Cary citizens.

For advertisers and marketers, the message is:

Inside The Eye: Canes Over Blackhawks 3-0