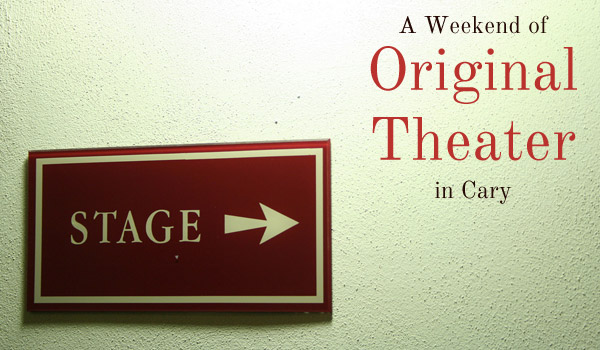 Cary, NC – The dark nights of January prove the perfect time for drama – stage plays, comedy, farce and all manner of theater. Fortunately, we are rich in theater offerings here in Cary, NC. This weekend is no different, with two different original productions treading the boards in town.

A stay-at-home father recounts the troubled journey he takes in raising his son. Duped is a one-man play about life’s heartbreaks, its sweet lessons, and all the surprises in between.

The 2012 Winter Festival of Short Plays, presented by Cary Playwrights’ Forum, is the kind of thing one might enjoy in New York’s Soho, but it’s right here in Cary.

6 short works – original plays – presented as staged readings by an ensemble cast. It promises to be marvelous fun in the intimate setting of the Marcus Dry Room at Cary Arts Center.

More on the CaryCitizen Calendar

For more events around Cary, check the CaryCitizen Calendar.

Cary Chamber: Who Wants to Win a Fiat?
Scroll to top