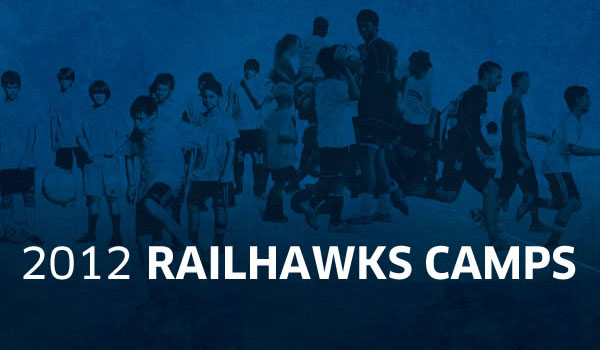 Cary, NC – Cary has a strong soccer tradition – in the high schools, at the club-level and even a professional team. This summer, aspiring players can learn, improve and practice with the pros at the Carolina RailHawks Summer Soccer Camps. Call it the Cary Soccer Advantage.

Soccer Camp with the RailHawks

For the sixth year in a row, the RailHawks will run soccer camps at WakeMed Soccer park in Cary beginning in May and running through August. Most of the 18 camps are held in the evening, but teams can also have team camps at satellite facilities.

I spoke with Pete Sciandra, Senior Vice President of the RailHawks about what makes RailHawks Soccer Camps such a unique experience.

1. Play with the Pros

Unlike any soccer camp in the area, these are taught by current RailHawks players who have played not only in the US, but at the highest levels in the English Premier League and others around the world. This offers kids a unique opportunity to actually interact with these athletes.

All camps are held at Wake Med Soccer Park which has arguably some of the best soccer fields in the world on which to play. Kids will play right where the pros play and practice.

The team’s belief is that the best way to learn is where athletes are free to make mistakes while enjoying the game. Building the technical and tactical skills, helps to build the passion for the game. The more passion, the more they enjoy playing, to the point where the kids will want to play on their own.

Pete acknowledges that there a lot of good programs out there, but the fact remains that they are not always an environment where you can make mistakes. That pressure can sometime sap the fun out of playing.

The camps will run for ages 8-15 for both boys and girls. Kids are separated by age and ability with a ratio of 12:1 coach. There are specialty camps that focus on specific skills (goalkeeping or defending for instance) and development camps geared to school try-outs. A new concept was launched this year called “Ginga Camp” based on a Brazilian concept of “creative style” and the way the Brazilian players play with joy and movement. This camp will feature non-traditional games and drills to put more fun back into the learning.

The camps are directed by Head RailHawks coach Colin Clarke and Assistant CoachPlayer Greg Shields. The two develop the curriculum and then meet with the players who will be coaching to instruct them on the execution of the camps. Most camps meet in the evenings, running 6-8:30 rather than full day.

RailHawks Summer Camps are not to be confused with an introductory course in soccer or a day camp. These camps are geared for the slightly more serious athlete, looking to improve. There’s no movie or snack time during these action- packed 2-1/2 hour camp evenings.

Now get out there and bend it like Beckham.

Circus Restaurant to Close This Friday