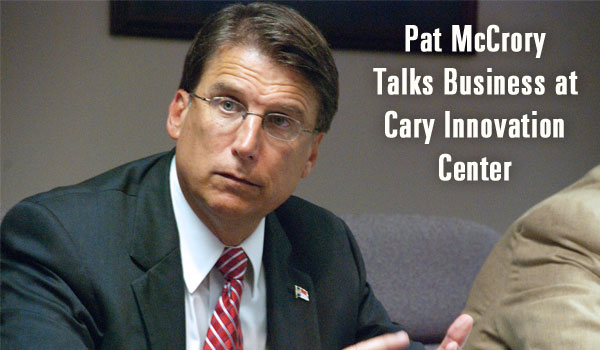 Cary Innovation Center (CIC) was buzzing all day Wednesday with preparations for the business roundtable with Pat McCrory, Republican candidate for Governor of North Carolina.

For me, as a rising senior at Cary High School, this qualified as a pretty exciting day in my summer internship at CaryCitizen.com. 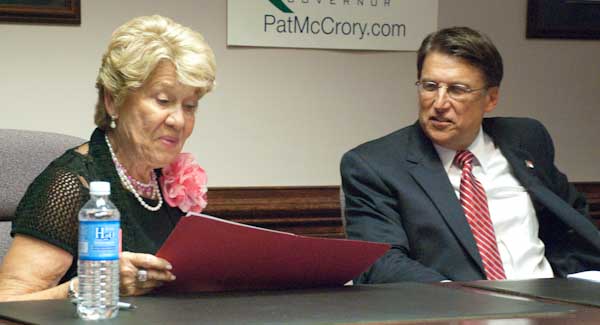 Mayor McCrory began by talking about the problems facing the state and gave a short discourse on his ideas to reform NC government. “Our brand has been tarnished,” McCrory told the group at Cary Innovation Center. “The brand of North Carolina has to be number one.”

Mayor McCrory articulated his seven “guiding principles” for how he would run North Carolina: 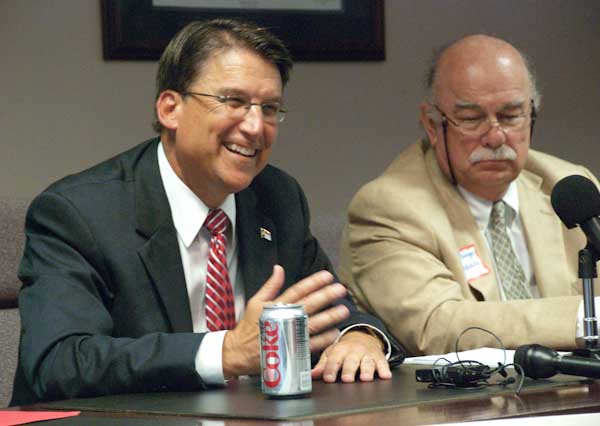 Pat McCrory then opened the floor to his audience at CIC for questions.

One of the most interesting exchanges concerned education. He said NC education needs to be reformed and invigorated. McCrory said we have to ask ourselves “how can we do better, because there’s no new money.”

The candidate also pointed out on several occasions the dangers of our statewide “unfunded liabilities” and the threat they pose to our future. 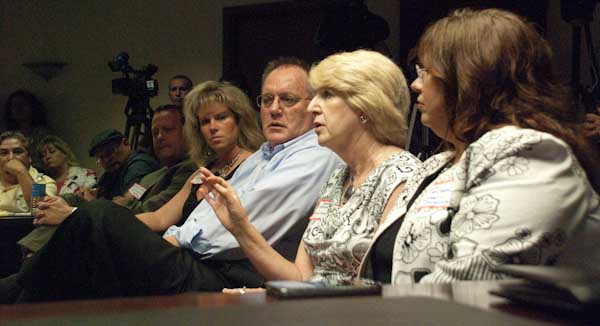 Finally, Bill Warner of CIC asked the former mayor how the state could provide more support for small and emerging businesses. McCrory said the Governor could have a “coordinating role” in building a capital resource. “Entrepreneurs go where the capital is.”

Pat McCrory consistently used the language of business (terms like ROI and customer service), but also showed a sophistication about government based on his 14 years as mayor of the state’s largest city.

“Our competition is not just next door in South Carolina and Tennessee. It’s across the nation and around the world.”

All-in-all, it was an exciting afternoon at the Cary Innovation Center. 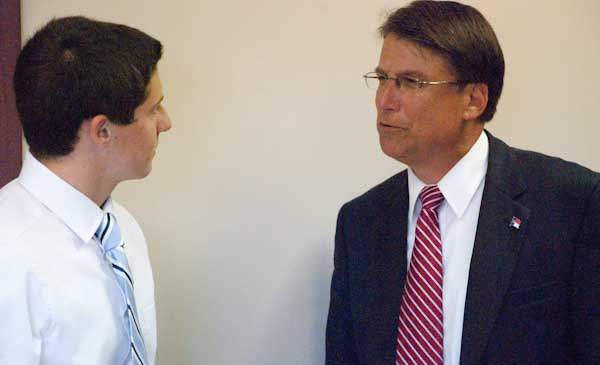 Brian Schmid with Pat McCrory at CIC in Cary.