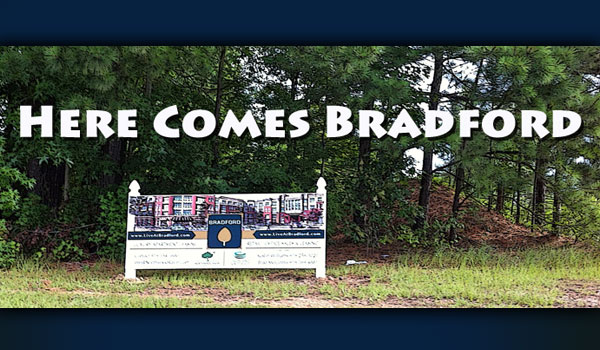 Cary, NC – Some folks say that they can tell when the economy is starting to come back when they see the construction trucks roll in.  I’m not sure that’s the best indicator – but the trucks are starting to roll at the corner of Davis Drive and High House.

I wrote about the Searstone and Bradford developments in March (“Construction in Cary”) – and now the work has recently begun at Bradford.

I met with the developers last month to get an update on the project, understand the timelines, and hear of any changes that may have occurred since the approval.  The original development plan was approved in May 2008.

Highlights of the planned development

I’ve taken the liberty of “coloring” and labeling the site plan, below, so that you can visually see the area described.

If you would like to see the detailed plans you can go to the planning area where they are posted on the Town of Cary side at Bradford Site Subdivision Plan. And of course, they have an updated commercial website up, as well.

As always, feel free to contact me with comments, questions, issues and concerns. 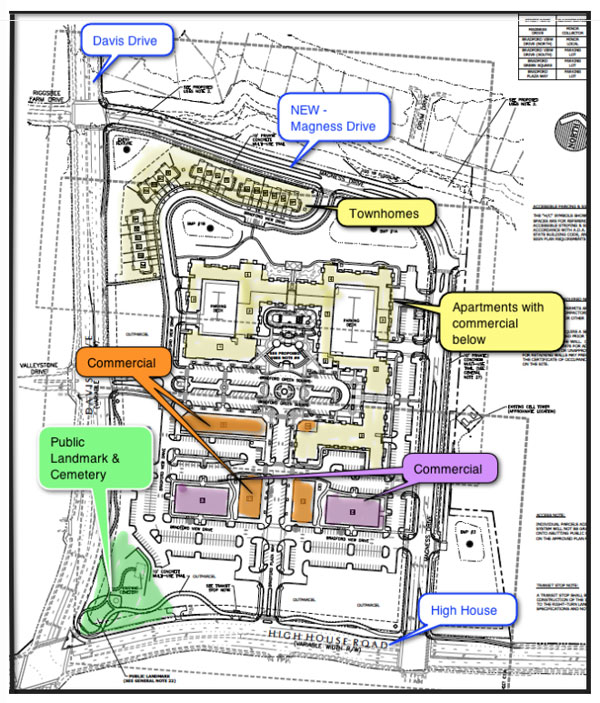