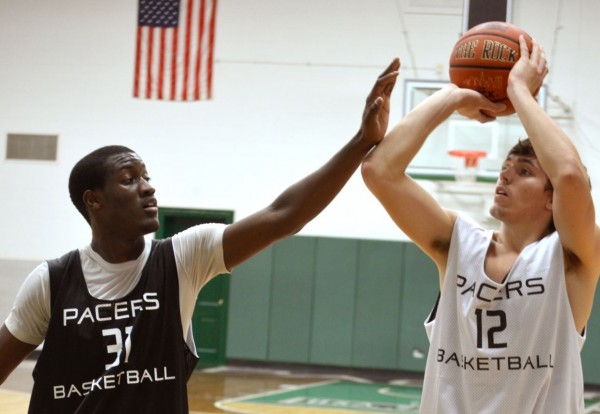 Cary, NC – Green Hope basketball star forward John Hardin wasn’t ready to hang up his high tops as his senior year approached. He loved the sport and wanted to play in college. Green Hope Coach John Green told him of a program he thought John might like.

As John finished his junior year, Green Hope Coach John Green alerted him that William Peace College in Raleigh was planning to switch from being an all-girl institution to co-ed. The school planned to add a men’s basketball team.

Peace had not been hitting their enrollment goals, and in 2011 made a conscious decision to go co-ed. Their decision coincided with research showing that only 2% of college bound women research all-female college institutions.

Character On & Off the Court

Green Hope’s men’s basketball team, where John played forward, finished tops in their Tri-9 conference last year, but got bumped in their push for a state title. John felt he had more basketball in him, and was hoping for a spot on a college team.

In November of 2011, when Coach Claude Shields began his basketball position at Peace, the timing was perfect to see Hardin play many times during the regular Green Hope season. The previous season he had been recruiting Green Hope center, Chris Flemmings,  for his past post as coach at Guilford College.

He liked what he “saw on the court”, but even more, “he liked the character John showed OFF the court, especially his work ethic” and now that John is at Peace, he knows he will be a great leader for the team.

The Peace Pacers will play an 18 game schedule this year. They are members of the USA South Conference playing against Randolph, UNC’s JV squad, Pitt and Wake Tech. The first game takes place November 16th. They will be in this same exhibition status next year and will be official members of the conference next year.

John got a scholarship to Peace, and many assumed it was for basketball. Instead, he applied for and received a leadership scholarship. As a D-3 school, Peace does not award athletic scholarships. There’s also no fancy separate athletic dorms. John lives on campus in one of the dorms that are co-ed by floor.

Other Sports Offered to Men

Golf and cross country  are offered in addition to basketball and the college plans to add men’s soccer and men’s baseball in the spring to their co-ed sports offerings.

Frank Rizzo, vice president for student services at William Peace University states that “In the summer of 2011, the Board of Trustees realized that the university was not meeting enrollment goals and that changes needed to be made.”  Rizzo explains that “With six women’s colleges within a three-hour drive of our campus and research finding that only 2 percent of women applicants consider women’s colleges, the root of our declining enrollment became evident.”

Rizzo goes on to add: As an institution, we are all very excited about all of the great things to come as a result of the changes. Since we made the decision to become a co-ed institution, our enrollment numbers have increased as well as our junior inquiries, which are at about 4,500, a number so high that we made the decision to add Early Decision Admissions on July 1 of this year. 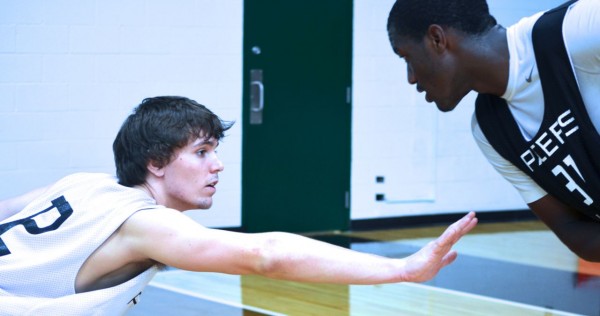 Coach Shields knows that this year and next will be about “building for the future”. With a team of young players who have not played together, it will take time to get the chemistry going. Its hard to know how many players will be needed next year with so many freshman filling the roster this first season.

Shields wants to “surprise the spectators and other teams with their level of play” and says it all “starts with today”.

Early games include an invitational at Shields’ former  Guilford College. The team will go up against Johnson and Wales.  Peace hosts their first home game against Pitt Community College on Nov 27th.

We wish John and his teammates good luck as they carve out a new future for Co-Ed William Peace University!