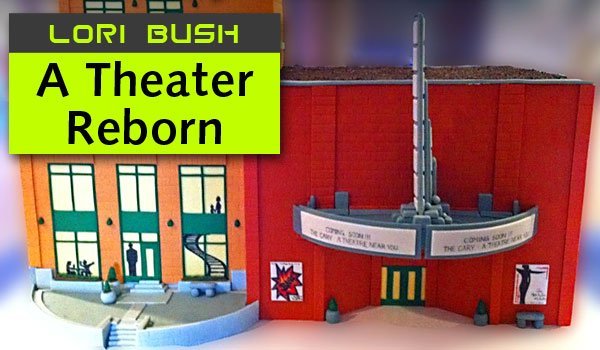 Story by Lori Bush. Republished from her blog.

Cary, NC – Being a council member does have its perks. Ceremonial duties such as groundbreakings or award programs are some of my favorite activities. I’m also looking forward to a promised ride-along with a Cary police officer, and my first chance to be in a parade (that’s next weekend!) Sometimes these events give me a behind-the-scenes look at some of Town projects in development in Cary.

That’s what I got on Saturday at the ground breaking ceremony of “The Cary,” the first indoor movie theater built in Cary. 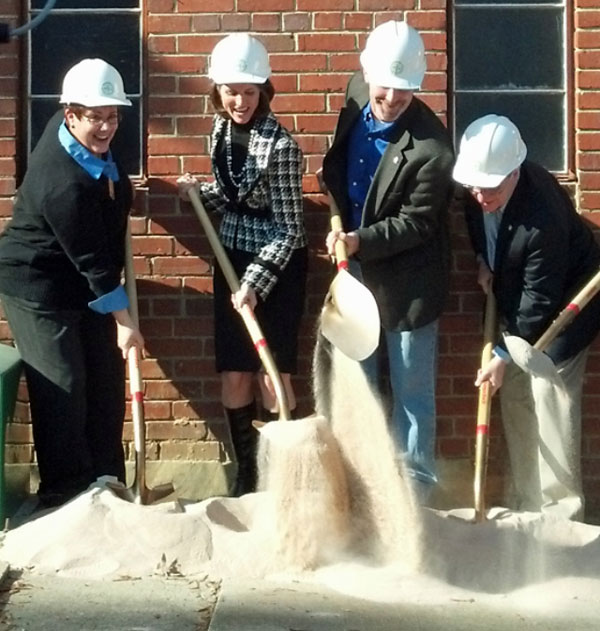 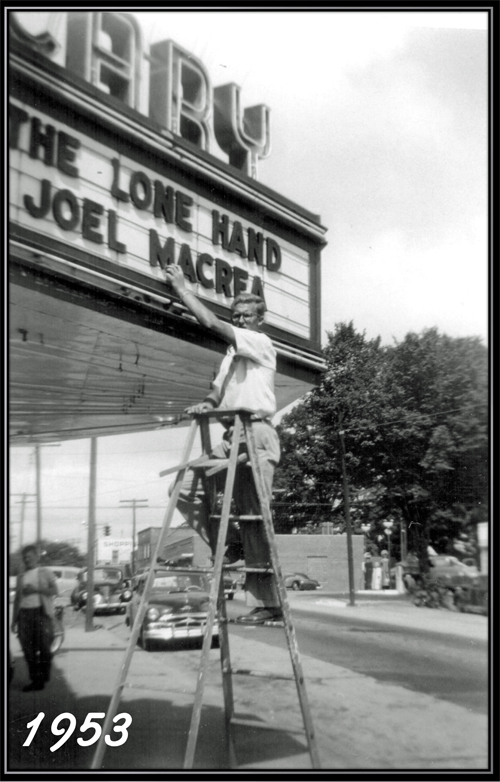 The Cary Theatre was owned and operated by Paul Chandler and his family in the 1940′s and 50′s.  At that time the theatre showed first-run films, ran Saturday matinees (usually Westerns and comedies) and even hosted live entertainment, includingPatsy Cline and Ernest Tubbs. It was a real pleasure and honor to meet many of his family members that came for the ground-breaking ceremony, some telling stories of the theater and the folks that loved it so.

Over time, this building on Chatham Street has had numerous incantations besides the theatre – once operating as a clothing store, auto parts store and even a recording studio.

Photos from the 1940’s and 1950’s show The Cary with it’s marquee, and its place as part of the cultural fabric of our community – not only providing entertainment, but jobs for many of the young people in the area. 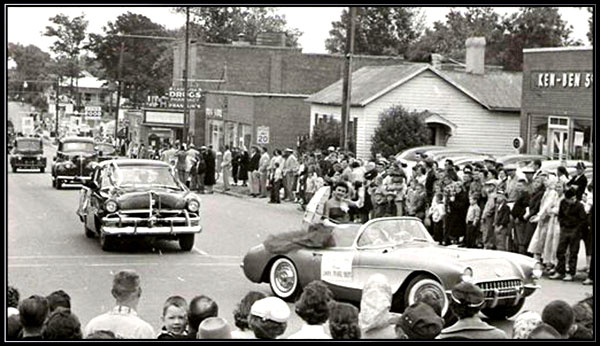 History in the walls

Listening to the Chandler family reminisce about The Cary was like eavesdropping on history. The stories were of kids playing in the movie theatre, the changes that occurred downtown, and the way the building was changed to accommodate the various store fronts. But perhaps what is most interesting are some of the parts of our collected past that we are not as proud of, but still must do our best to make sure they are remembered. 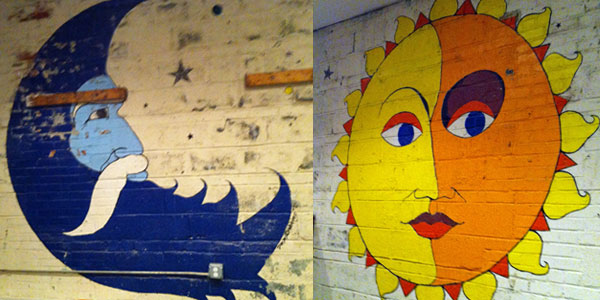 During a tour of the building, I was surprised to find what used to be called the “colored entrance” –with the box office window and stairs still evident.  Back when the theatre still operated, a separate entrance and ticket window was required to be built during the age of the Jim Crow laws, when these laws ordered business owners and public institutions to keep black and white clientele separated.

The Cary had a second floor balcony, where the African American movie goers would sit – after purchasing their ticket and concessions from the separate ticket window.  The Chandler family also shared that they were also required to build a separate bathroom, as well – and that Mr. Chandler was very much against all of these laws that separated the Cary population. 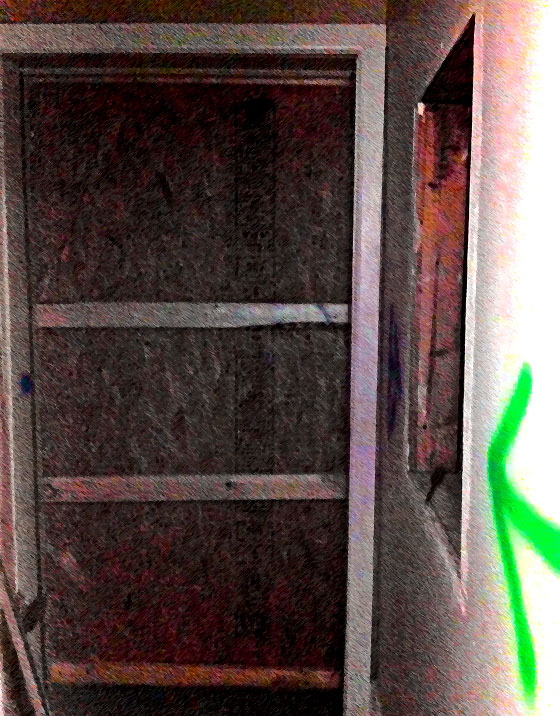 Taking a walk up the creaky and old stairs to what was, and will be again, the balcony, I saw the old projection area – with the holes in the wall for the projection system.  Along the inside wall were antique, yet truly colorful, electrical boxes. 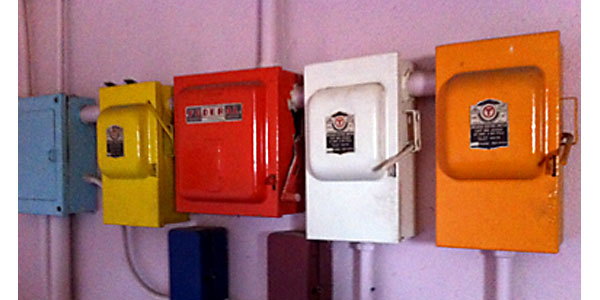 Also on the wall leading up the stairs were two very large murals – perhaps done in the 70’s (the artist is listed as “Crabtree”).  It’s possible they were created in the 70’s, when the top floor had a recording studio.  (In fact, the recording studio room is still intact, as well.)

My tour guide, Lyman Collins (Cary’s Cultural Arts Manager), shared that the town’s goal is to preserve, mark and find ways to highlight the history of the building, much in the same way as at the Cary Arts Center.  I’m looking forward to seeing the re-incarnation of the Theater as it comes to life once again over the next year.

The ground breaking event was great fun, with popcorn served by “Usherettes” from the Cary Players, descriptive posters providing a brief history and a floor plan of the new theatre.  Renovations will be in full swing soon enough.  Not only are we renovating The Cary, but we are expanding the current 7,000 square foot building to include 181 seats for a multi-use cultural facility that can be used for film, youth and amateur theater and music.  The 3-story building next door (part of the expansion) will provide more support space to the theatre as well as space available for community and commercial uses. 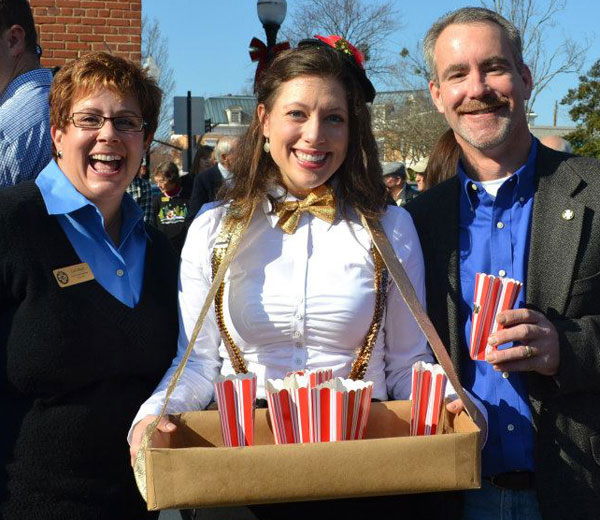 If you would like to see more about The Cary – you can check out the Town of Cary Downtown Webpage for more information.

– Thanks to Kris Carmichael from the Page-Walker Arts & History Center and to the Chandler Family for the historic photographs.
– Usherette is from the Cary Players
– The top (featured) photo is a Gingerbread House of the future theater commission by the Town of Cary for the ground breaking event.

Vote for Your Favorite Gifting Tree
Scroll to top