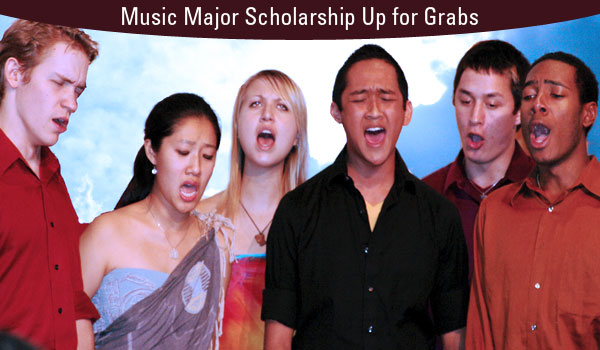 Cary, NC – The Concert Singers of Cary are offering a $1,000 scholarship to a prospective music major. But the deadline for application is March 1.

Scholarship for a Music Major

Some people send email. Others pick up the phone. This appeared magically on our Facebook page from Concert Singers of Cary:

“Do you know an NC high school senior who will be entering college as a Music major this Fall? The Concert Singers of Cary offers a $1,000 scholarship to one student each year — the deadline to apply is March 1. Get more details on our website.”

The scholarship will be awarded to a graduating North Carolina high school senior who has been accepted and will be entering a college or university in the fall of 2013 as a Music major. It will be a one-time award of $1,000 paid directly to the college of choice at the beginning of the 2013 academic year.

Applicants will be judged upon the following criteria:

Three copies of a recording of the applicant’s performance must be submitted with the application. It should include no more than three selections of varying styles and must be provided on CD.

All applications, recommendations, and audition CDs must be postmarked no later than March 1, 2013 and submitted to: