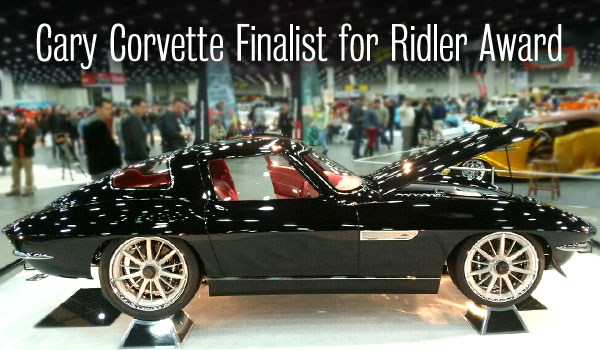 Cary, NC – In the world of vintage cars, Detroit Autorama’s Ridler Award is akin to an Oscar. This year, the 50th anniversary of the Ridler, a 1965 Corvette owned by Alan Woddall of Cary made the Final 8.

The Ridler is a “Best in Show” type award at the Detroit Autorama, billed as “the greatest hot rod show in the world,” a production of the Michigan Hot Rod Association. Two rules apply:

Hot rods come from all over the country to compete for the Ridler. Judges narrow down the candidates to the “Pirelli Great 8,” essentially, the finalists.

A 1965 black Corvette C2-SS owned by Alan Woodall of Cary, NC was chosen for this year’s Great 8 Ridler finalists.

Read more about the Ridler Award and see all the finalists. And if you see Alan riding around in his black Vette on the streets of Cary, give him a wave.