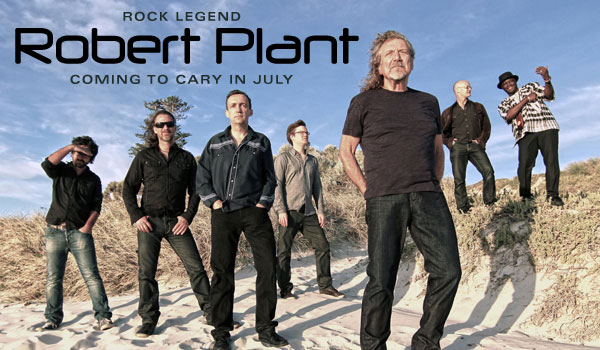 Story by Lindsey Chester. Photo from Booth Amphitheatre on Facebook.

Of course, it’s been over 3 decades since Zeppelin disbanded in 1980 after the untimely death of drummer John Bonham. But Plant has continued to stay in the spotlight, forming the band the Honeydrippers with Jimmy Page in the 1980’s which shifted styles to a more R & B style.

In 1994, Page and Plant later reunited again for an MTV project called UnLedded and released a subsequent album “No Quarter, Jimmy Page and Robert Plant Unledded”.

This was followed by a world tour in through the 1990’s with new versions of the Led Zeppelin songbook without remaining bassist John Paul Jones.  I actually saw them in 1998 at Madison Square Garden.

Although Page, Plant, Jones and Bonham’s son Jason did unite for one concert in 2007 (highest grossing ticket sales for a one day event), the band has never again re-united. Plant continues work on his own solo projects including very successful work with Allison Kraus.

As a side note: Led Zeppelin was considered to be one of the most successful, innovative and influential rock groups in history. Various sources estimate the group’s sales at more than 200 or even 300 million albums worldwide. The band was inducted into the Rock and Roll Hall of Fame in 1995.

This newest project of Plant’s will not include surprise appearances of Page or Jones. You will hear some Zeppelin favorites retooled with new instruments and new band members adding their own spin to the classics we all know and love.

The band is called the Sensational Space Shifters. Here’s the lineup:

More info can be found on RobertPlantLive.com.

Win a Pair of Tickets

Enter for your chance to win a pair of tickets to see Robert Plant & The Legendary Shape Shifters at Booth Amphitheatre in Cary on Saturday, July 20.

Tickets at Booth Amphitheatre or through etix.com. By phone call (800) 514-3849. More info at www.boothamphitheatre.com.