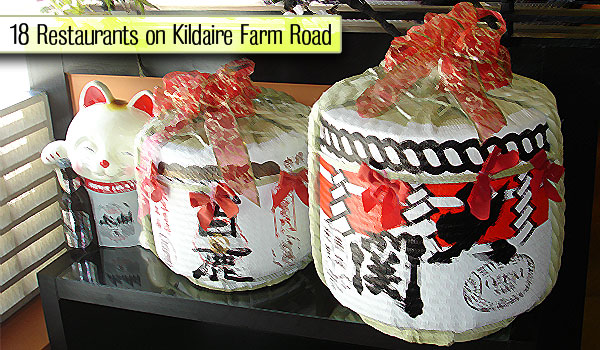 Story by Jamie Buning, first in a series of restaurant guides for Cary dining.

Cary, NC- I grew up in Cary and have seen lots of changes over the last 20 years. To me, one of the best is the development of an actual restaurant scene, especially the addition of new, ethnically diverse restaurants.

Let me take you on a tour of what might be modestly called a “restaurant row” on Kildaire Farm Road, from Cary Parkway to Cornwall Road.  Even though this distance is just over a mile, there are more than 18 restaurants, not counting fast-food chains.

Hurricane Grill and Wings is a franchise, but Cary has the only location in the Carolinas.

It’s obvious from the name that Hurricane prides itself on its wing-making ability.  There are a vast amount of possibilities for wing lovers, from jumbo to boneless wings with over 30 sauce flavors to choose from.

I spoke with bartender John Nguwen who told me that some of the most popular sauces are Boss, Cyclone, Gold Rush and Garlic, Parmesan, and Herb. If you are not in the mood for wings, Nguwen also recommends the burgers that are made with 100% Angus beef.

Hurricane has food and drink specials every day of the week as well as half-price appetizers every day from 3:00-7:00 pm. On Thursdays you can get $3 margaritas (on the rocks) and on Sunday all beers are $3. As a beer drinker myself, I always pay attention to the draft list. Hurricane has 20 beers on draft with a few locals like Lonerider’s Shotgun Betty, a large selection of beer from Kona Brewing Company, several domestics and more.

Even though Hurricane is one of the newer restaurants on the block opening last March, they do have a loyal following. I met three regulars, Lorrie Humphreys, Jan Jenkins and Buddy Brewer who agreed that “It’s like family here [at Hurricane]. You’re not a stranger here whether you walk in by yourself or in a group. The food is excellent and the wings are the best.”

To grab some American grub and talk to the locals, head to Hurricane Grill and Wings.

Across the parking lot from Hurricane is a fantastic little Japanese restaurant called Yuri. Yuri is a quaint restaurant with plenty of seating including two traditional style seating areas where families sit on the floor around their own private table.

Yuri was featured in Cary Magazine in 2011 and the house specialty called the Ahi Tower was recognized as the most popular dish by owner Thomas Sun. Sun’s daughter Ailing who is the restaurant’s manager says that the “Ahi Tower is still a favorite dish, but the Geisha and the Tango are also crowd pleasers.” The Geisha is a roll with shrimp tempura and crab meat topped with avocado and four special sauces. The Tango is almost the same except there is also salmon on top.

Yuri offers 37 house specialty rolls meaning that you can’t find them anywhere else. If you want something different, Chef Edward Sun will create a special roll on the spot. No matter what you decide, you can be assured that it will be top quality because Yuri gets fresh fish every day.

When choosing a drink to go with your meal, there are bottles of domestic and Japanese beer, red or white wine, or sake. In my case, I would probably opt to drink sake. There is a nice variety of sake that ranges from about $8 to $25 (for a larger bottle).

See what the hype is about, and visit Yuri Japanese Restaurant.

We travel down the road a bit to get to Torero’s Mexican Restaurant, one of the older restaurants in the area, having been here for over 15 years. The Cary Torero’s is truly a family restaurant because it is owned by Narciso Baldovinoza who has three sons also working there. Victor is the store manager and Cisco and Jonathan are servers. Victor is proud of Torero’s quality staff which includes Rita who has been serving there since the restaurant opened.

Torero’s is a great place for the budget conscious. Lunch specials run from $5.50 to $7.25 and dinner items are all $15 or less. Lunch specials are the same every week, but dinner specials differ depending on what Chef Casildo Romero wants to make. There is one thing you can count on and that is Taco Tuesday when tacos are just $1 each. Drinks won’t strain your wallet either with specials like $1.50 margaritas on Mondays and 99 cent domestic drafts on Thursdays.

Draft beer is limited to a couple of Mexican and domestic choices with a few more offered in bottles. With no local or microbrewed beer options, I would probably be drawn toward a margarita which can be served with your choice of tequila and flavor.

According to Victor, Torero’s has a group of 25 to 30 regulars who come in to the restaurant three to four times per week. Numbers like this don’t lie so if you haven’t been there, check out Torero’s.

The last stop on our Kildaire Farms tour is Unaabi Grill, an Afghan and Mediterranean restaurant. Employee Jamshed Perwaiz says that “Unaabi is the place to go if you are looking for a unique culinary experience.” Customers enjoy a break from the normal cuisine when trying Unaabi’s interesting Afghan dishes.

If you’ve never had Afghan food, try Unaabi’s $9.99 lunch buffet any day of the week from 11:00 am- 2:30 pm. The buffet allows you to try several items such as hummus, salad, Baba Ghanouj, vegetables, chicken kabobs, and more.

Perwaiz told me about a few other popular menu items for example lamb steaks, fire grilled lamb chops with a touch of spice and Kabuli Palau which is tender lamb or chicken over basmati rice seasoned with thinly cut carrots, raisons, and almonds. If you are not a carnivore, Unaabi has over 10 different vegetarian/vegan dishes to suit your palate.

Although there are no alcoholic beverages to go with your meal, there are some traditional choices. There is Dough Yogurt which Perwaiz told me is supposed to be spelled Dogh, but was misspelled in the menu, so don’t think there is actually dough involved. Dogh Yogurt is fresh, house made minted yogurt that can be either sweet or salty. Spicy Afghan green tea is another unique drink that can be paired with your unique meal. 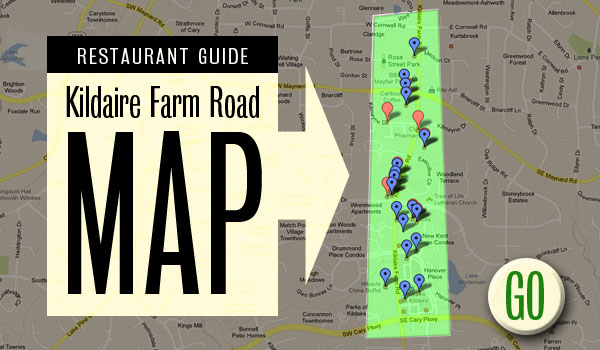 Food coverage on CaryCitizen is sponsored in part by Hurricane Grill and Wings in Cary. Visit them on Facebook.