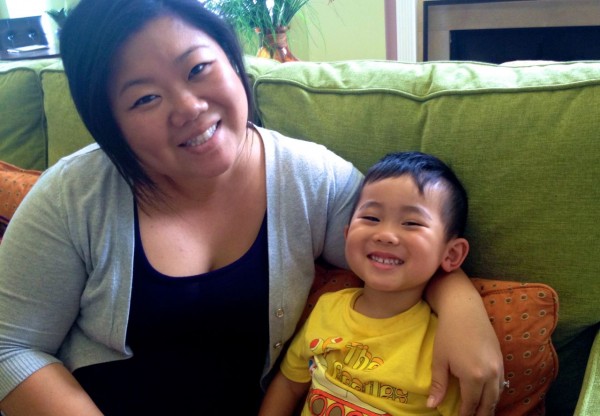 Mimi’s mother had noticed that Brady didn’t “bounce” off her lap like when she held other children. At their next pediatric visit she mentioned this concern to her pediatrician. The concern was ignored. But by nine months old, the family truly became concerned. Brady had met a milestone of sitting unassisted at seven months. That was the last milestone that he met on time.

He was not crawling or pulling himself up to a standing position, and he began to have trouble lifting his head up during tummy time. As concerned parents, Mimi and her husband Kevin pushed their pediatrician to take notice and she finally did. Brady was then referred to a pediatric neurologist. He was  nine months old.

Life changed forever after that. For the next 6 months a battery of tests were performed, all coming back either inconclusive or normal. Yet the family knew something was wrong. Brady’s lack of progress was anything but normal.

The parents felt they were getting no where, and time was slipping by. Mimi is of Chinese decent, and she and her husband decided to pursue a somewhat drastic move. Mimi and her mother, would take Brady to China and have him looked at in Beijing Children’s Hospital. It is not easy to get an appointment there, but the family had a connection and a nurse managed to see Brady within a few days of their arrival.

“This was not the friendly, sanitary environment of UNC Hospital,” Mimi said. “When we finally made it into the consultation room with the doctor, my mom began telling her our experience with Brady: weak muscles and loss of some ability recently.”

“Without so much as lifting his shirt for an exam of any sort, the neurologist shared her suspicion of Spinal Muscular Atrophy (SMA) and sent us downstairs for yet another blood draw. This time, for genetic testing.” – Mimi Chan

From that moment on, the family rallied to keep Brady from losing the strength he still had. Her husband Kevin, back in the states,  began research and the family figured out a series of therapies both physical and occupational to keep Brady’s muscles as strong as possible. But Mimi still regrets how long it took to reach a diagnosis of SMA. That time she can never have back, and in her heart feels a mother’s sense of guilt over “what if…” She knows he lost the ability to roll over,a skill he will never regain.

Mimi feels fortunate that she and her husband have the resources to make a difference in Brady’s life. A home health nurse visits daily to assist in keeping Brady on track while his parents are at work. They have purchased numerous pieces of special equipment and are currently moving out of their 2-story un-handicap accessible house, and in the process of building a ranch. Brady cannot navigate stairs, and that meant that Mimi had to carry him up to his bedroom. At aged three, he is getting heavy, and unlike other toddlers, his legs cannot grip onto his Mom’s hips to give her some help.

For 3 years, Brady has been a very big focus of Mimi and Kevin’s lives. But about a year ago, they decided it was time to think about a sibling for their son. Mimi is due with their second child in October. With this second pregnancy, she is more aware of all the things that she took for granted before.

One of the hard lessons that Mimi learned and that she would like other parents to know is that if you think something is wrong (with your health or a loved one’s) you must be a fierce advocate for them. Ask questions, do research and continue to seek answers. That lost time she will never get back.