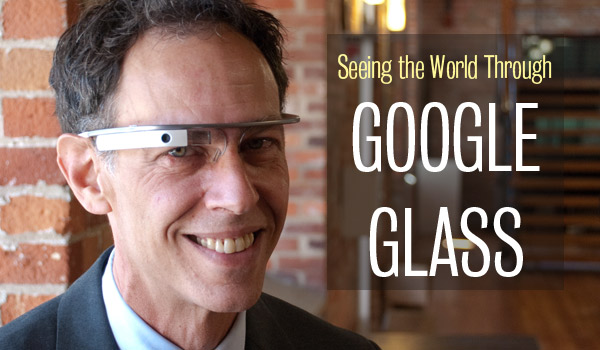 Durham, NC — Google Glass, the revolutionary prototype from the Mountain View search giant, made its public debut in Durham, NC last week. I had a chance to try on a pair. I may never be the same again.

Up Close with Google Glass

In a nutshell, Google Glass is a thin bar you wear across your brow that allows you to see information superimposed over your field of vision. You can focus on the information (which appears to be floating in space) or see through it.

Incorrectly referred to by some as Google Glasses, the new prototype is more like a pair of eyeglass frames without the bottom portion – no panes of glass in front of your eyes. Instead, you have an open field of vision with a small glass cube hovering above your right eye. 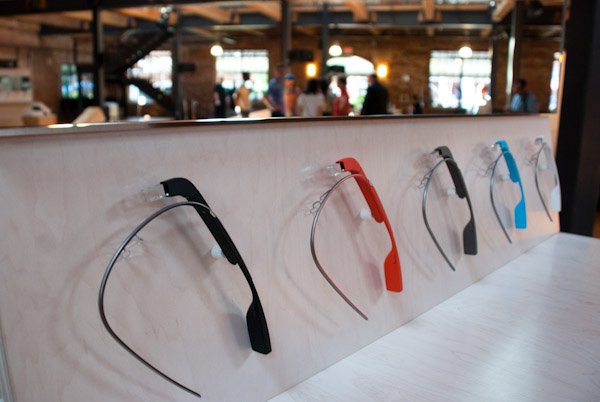 When you first put on Glass (as the product is formally known), your mouth drops open in astonishment. Everyone has the same reaction. In a world as old as cosmic dust, Google Glass is something totally new.

I imagine the experience was similar to the first time people saw motion pictures – absolute astonishment.

Computing with No Computer

Google’s Devin Buell explained to me that the idea behind Glass was to take away the device between a user and the real world.

The computer has progressed from a large mainframe to a desktop, then to mobile devices. We all carry around little computers to make phone calls, take pictures, text, read email and search information.

Google Glass does all that without a device in your hands.

The right arm of the frame is touch sensitive. You tap it to wake the display.

You say, “Google Glass, take a picture,” and it snaps a photo. 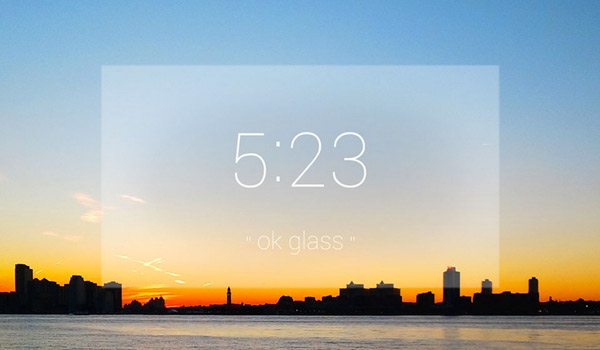 Glass connects to your Google Account (such as Gmail). You can read and responded to texts, see important emails, record video and make a phone call. You can navigate more complex screens by swiping right-left or up-down with your finger on the touch-sensitive arm. Can I call it a Touch Arm?

I was pretty excited, but managed to choke out a few journalistic-type questions. “Why Durham?,” I asked, pen and notepad at the ready.

Devin looked around a little bit. Even on Friday, at the private demos, the hype was thick as an August day in the South. 3000-4000 people were projected for the public demo on Saturday.

“No other plans? No tour?” I pressed.

Needless to say, the technical support for events like the debut of Glass are mammoth.

Honestly, it felt like being backstage at the Ed Sullivan show for the debut of the Beatles, but for technology. 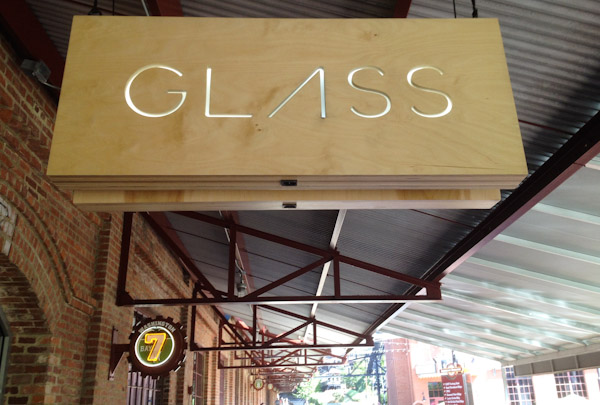 Devin enlightened me about one aspect of the philosophy of Google’s two founders, Larry Page and Sergey Brin:

Don’t innovate around the margins.

Devin said that Google plans to make Glass available for purchase by the public next year. In the meantime, they’re gathering collaborators who can develop real world uses and applications for Glass.

Me, I’d like to get Google Glass just to take pictures, maybe create a portfolio of Google Glass photographs. It’s a camera, after all (among other things) – let’s treat it like one! 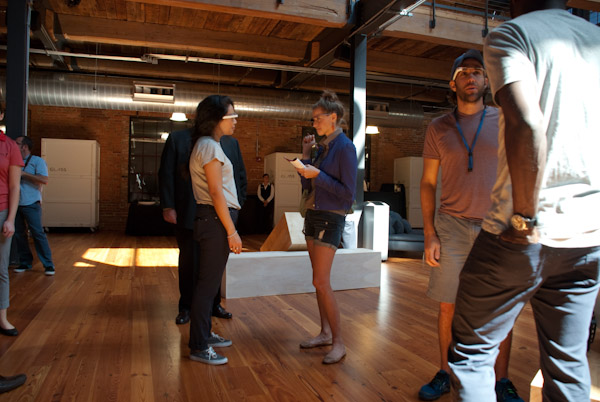 Inevitably, breakthrough products like Glass cause something of an existential crisis. Is the march of technology a good thing or a bad thing?

A tale of two perspectives: my 14 year old daughter, who never likes my selfies, got all excited by the picture of me wearing Glass. “Wow!” she said with actual enthusiasm.

On the other hand, my curmudgeonly brother-in-law predicted lawsuits and the end of the world as we know it.

What do you think? Would you like to try on Google Glass?