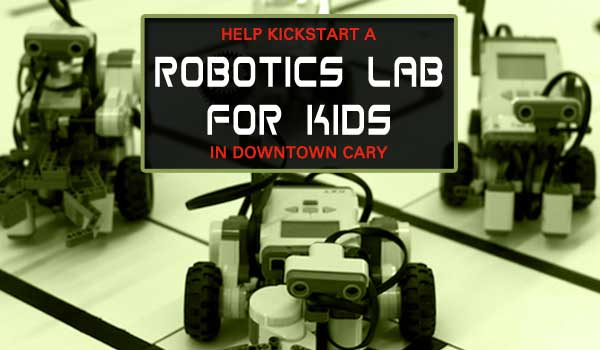 Cary, NC – What if Wake Robotics, a non-profit here in Cary, converted a paint and wallpaper store Downtown into a workspace where kids could build robots, use a 3D printer and learn about science, engineering, art and technology?

Wake Robotics is a non-profit in Cary dedicated to youth involvement in  robots, 3D printers, carrot chimes, cat cameras,  Jr. Engineers, youth leadership and more. It has grown from two women and their Lego-enthused offspring in 2005 to more than 85 K-12 participants supported by 60+ volunteers. The program has outgrown its 3200 square foot donated space and is raising $40,000 to move to larger quarters in Downtown Cary. More info: http://wakerobotics.org/.

Kickstarter is way to crowd-source funding for a project. People would like the project can donate as little as $1.

Better than anything we could write, see the video that Wake Robotics produced as part of the campaign to raise funds.

The Sorrell building at 220 West Chatham (corner of Harrison) is an iconic part of Downtown Cary. It’s the one with the  Val Fox mural  of town history splash across the side wall. 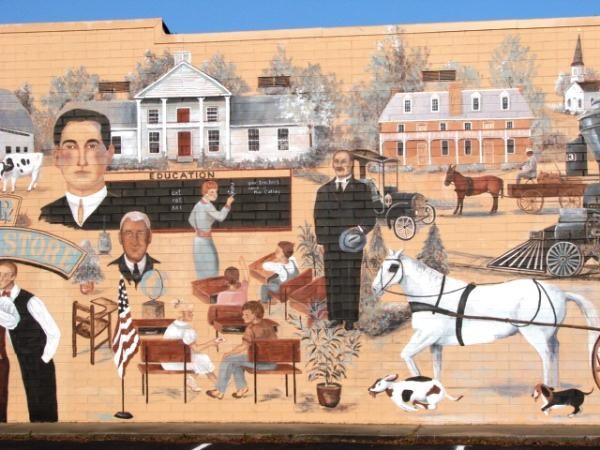 Lately, the spot has been a paint and wallpaper store, with some additional retail offerings inside. With the help of the landlord, Wake Robotics is set to transform the space by the summer/fall of 2014.

After that, it will be robots Downtown and musical instruments made of vegetables.