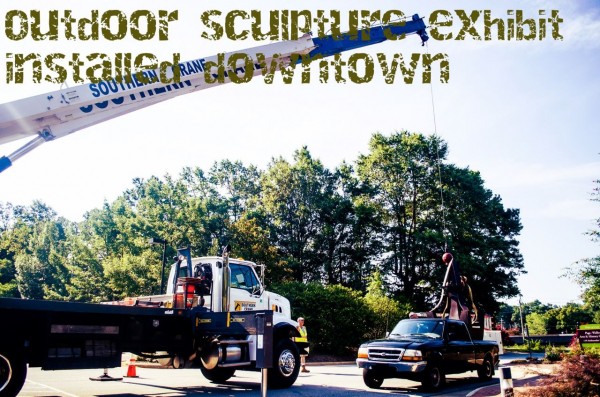 Cary, NC- Friday morning, July 18,  if you were out early in Downtown, you were able to see the installation of a dozen large outdoor sculptures being placed along Academy Street as part of the annual Cary Visual Art Outdoor Sculpture Exhibit.

This is the 7th year that Cary Visual Art has produced this annual temporary sculpture show and the third year that the show includes public space along Academy Street and the Cary Arts Center. 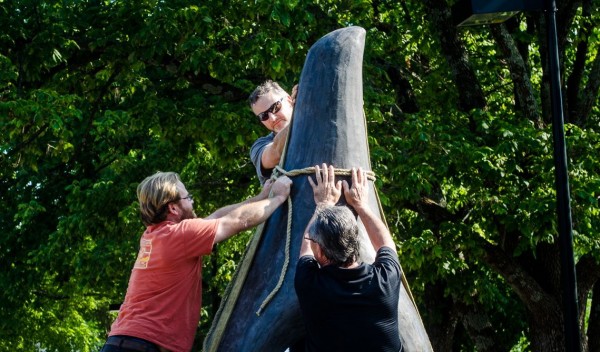 Juror Renee Piechocki selected 10 of the pieces, and two were chosen from a limited group as People’s Choice pieces in a public voting process.  “Ark” by Charles Pilkey,  was installed in front of the Purple Polka Dot  and Azure by Phil Hathcock was placed on Town Hall Campus. 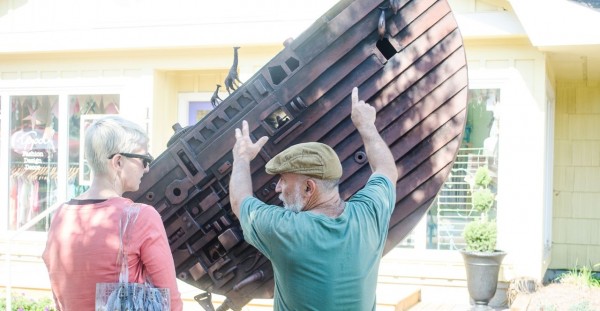 When CaryCitizen was on site, the installation appeared to be ahead of schedule, and as Jim Davis, longtime CVA board member added “The whole day is a challenge. One thing about trying to install a dozen works, you never know”.

The key to success we saw, was remaining flexible. Some artists travel from across the country with their works on the back of a truck. Their arrival time is not an exact science. When Southern Crane is onsite lifting pieces into place, if the art is ready, it gets installed first, no matter what the original day’s schedule has planned. 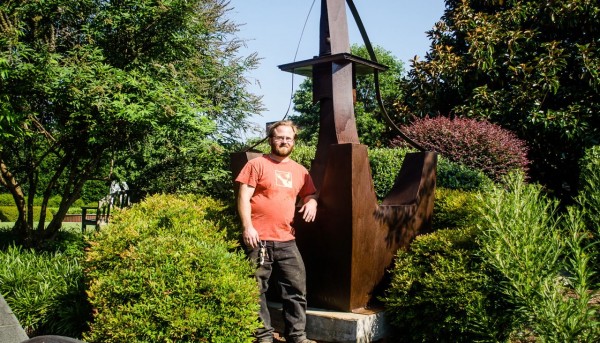 Tripp Jarvis with his piece, “Beyond the Sun”

Mary Davis Wallace, CVA director, maintained a calm demeanor throughout the day, despite the usual delays. The mild weather was a huge bonus with temperatures barely climbing into the 80’s with clear skies overhead. 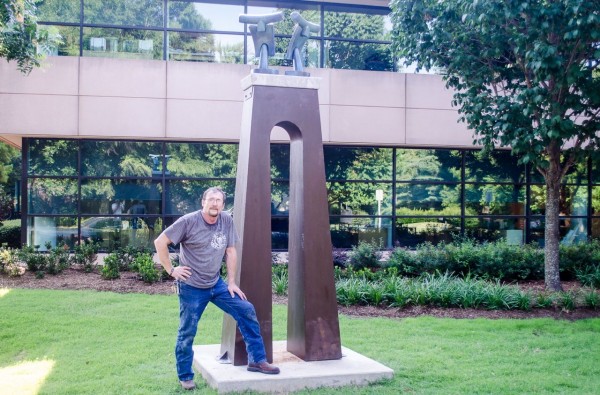 The exhibit will be on display throughout Academy Street, Town Hall Campus and the Page-Walker grounds through the end of June 2015. Pick up a map at any downtown shop or town facility and take a walk to discover this temporary art before it leaves Cary.