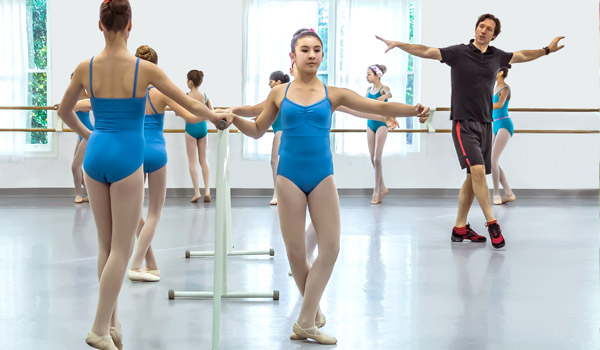 Alex Tressor teaching an intensive at Cary Ballet in March 2013.

Cary, NC — Two of the dance world’s most prominent instructors have recently decided to move to Cary to be a part of Cary Ballet Conservatory (CBC). It seems Cary is making a big name for itself in New York City.

After 19 years as Ballet Master at the world famous STEPS on Broadway, Alexander Tressor will be teaching many levels of ballet as well as directing the Cary Ballet Company. He brings a wealth of experience from his early training with George Balanchine. Mr. Tressor is eager to bring his magical fusion of technique, musicality and performance artistry that has made the shining difference in so many professional dancers he has trained. From the CBC website:

Mr. Tressor began his teaching and coaching career in 1998 while on tour with the Broadway show, Sophisticated Ladies, in Russia. He was asked to teach a Balanchine-style master class at the famed Marinsky Theater of St. Petersburg. After returning to MY, Alexander joined the world famous David Howard Dance Center in NY, where he began to teach all levels of ballet.

In addition to Mr Tressor, Cary Ballet has hired legendary Broadway icon Kathryn (“Kat”) Murphy as Jazz Program Director and 3D Project Director. Ms Murphy has starred as the lead dancer in Chicago, A Chorus Line, Fosse, Sweet Charity among others and has choreographed many productions.

Ms. Murphy is not only one of New York’s most sought after master teachers, but she is an active performer who intends to create an New York City-North Carolina pipeline of talent. Her rich experience and extensive connection to other celebrity dancers, eager to present guest workshops, will take North Carolina’s jazz dance talent to a new level. From her bio:

“Kat” focuses on line and healthy technique…(and ) keeps it flowing and constant so that the entire body is warmed up and ready for the combinations. She teaches her own choreography and repertoire from the Broadway shows she has performed in. She is also an acting coach, bringing out the actor in the dancer. Still performing herself, Kat understands the obstacles students face in the entertainment world, so is intent on keeping the classroom a safe, fun, yet challenging environment. 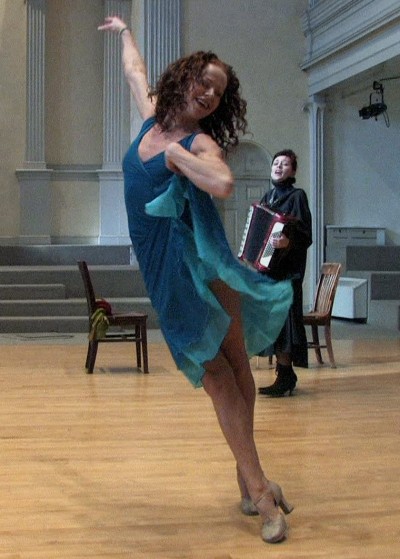 Kat is excited for her move to Cary. She says of the new students,

“It’s very cool when people recognize our little town as a mecca of dance”, says CBC’s Director Suzanne Laliberte’ Thomas; referring to a full-page ad in Dance Magazine announcing “Disney Casting Call for America’s top performers – Audition locations: NYC, LA, Orlando and Cary”. Casting Directors from Broadway’s Book of Mormon held auditions and hired performers at Cary Ballet Conservatory the past two years, telling Suzanne “The talent here is so phenomenal we had to come back!”

In an interview with Alex Tressor, he expressed his surprise at the level of quality found in dancers here in Cary and at The Cary Ballet Conservatory. “I am in a way shocked.because there are so many dance schools in America …so many students have come through my classes. But what I saw here  is that the level is so much higher than average. This is the first time that I am outside of New York and I see that high quality.”

Owner-Director Suzanne Laliberte’ Thomas says guest instructors will come in to teach, offering her students a breadth of experience previously unheard of in Cary.  The studio is already busy planning the 2014/15 performance season for their non-profit Cary Ballet Company and The 3D Project Jazz Dance Company, as well as special collaborations, master classes and events with acclaimed Ballet Masters, Amanda Edge, Billy Ward and Daniel Ulbricht.

Link from Alexander Tressor interview when he taught an intensive class in March 2013 at Cary Ballet.

The Cary Scavenger Hunt: What Do You Win?