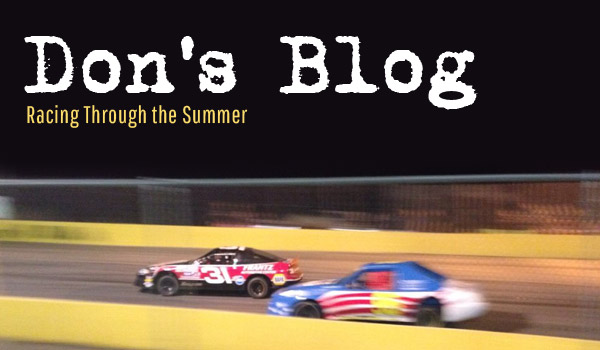 Cary, NC — Sorry I haven’t posted in a while. To say life has been busy would be a huge understatement – but I’m enjoying the ride!….especially in the race car! I did, however, want to check in on a few noteworthy items that have occurred over the last couple of months that ya’ll may have heard about.

Staff had proposed eliminating two vehicle travel lanes along this section of Harrison Ave. to allow for the installation of bike lanes and center turning lanes. This was a difficult decision as there were pros and cons with the proposal. The addition of center turning lanes would be helpful in that it would remove vehicles wanting to make a left turn off of Harrison into one of the neighborhoods from the travel lanes, and the addition of bike lanes would also encourage more folks to use this section of road for bicycle travel. However, the removal of two vehicle travel lanes (one in each direction) to accommodate this proposal would surely impact vehicle traffic and possibly create traffic back-ups worse than we experience today. It could also result in folks having a harder time getting onto Harrison Ave. from the surrounding neighborhoods as there would be less breaks in between cars as two lanes of cars would now all be in one lane.

When these proposed changes were originally brought to council for consideration, they came to us with no citizen feedback to consider. Such a drastic change to Harrison Ave (or to any town road for that matter) warrants the community’s input as it is the community who will be most impacted by the proposed changes. You deserve a voice in the process. The council called for a public hearing on the proposal before making a decision.

And that is one thing I love about this town – when we ask for the community’s feedback, ya’ll aren’t shy. ;-)

The majority opinion was to re-pave Harrison Ave. in its current configuration, and that was the option chosen by the council.

My position was that while the addition of bike lanes would be nice to have along Harrison Ave., the negative impact to the 13,000+ vehicles a day that utilize Harrison Ave. was not a good trade. Even if you saw an additional 100 bicycles a day use Harrison Ave.as a result of the bike lanes, that’s still 13000 cars vs 100 bikes. I personally believe a sidewalk along the east side of Harrison is warranted more-so than a bicycle lane, and that was not included in the proposal – and may never occur given the impacts to private property and challenges in topography.

The first rule in governing is that if you can’t help, at least do no harm. And that’s what I believe we as a council elected to do.

I am pleased to announce that the council has created a HistoricPreservation Committee which will work to preserve the historical, cultural and architectural heritage of Cary for future generations.

Council concerns regarding the loss of historic structures and properties to new development led to the creation of the Town of Cary’s Historic Preservation Master Plan. Part of that plan calls for a Historic Preservation Committee. Interviews have been completed for the committee membership and the council will make those appointments official at our next regular meeting.

The Historic Preservation Commission’s general scope of work is to identify and recommend Cary Historic Landmarks to Town Council for its review and approval, and to review applications and hold quasi-judicial public hearings for proposed alterations to or demolition of Cary’s designated Local Historic Landmarks to ensure conformity with adopted design guidelines. National Register properties are not regulated at this time.

The Historic Preservation Commission shall have the following additional powers and duties within the town’s zoning jurisdiction, to be carried out in accordance with the terms of the Cary Land Development Ordinance:

I am very proud to be a part of this initiative to better protect and preserve Cary’s history and heritage.

While a very complicated ordinance (like all our ordinances), in a nutshell it states that developers must do everything in their power to preserve any champion trees, perimeter buffer trees and other significant understory trees on their site. Should they find themselves unable to do so, they must come before council for approval.

This will be no easy task I promise you. And considering the cost and time involved to go through this process, and the real possibility that they could be denied, it is our hope that more often than not the developer will plan their site accordingly and work around these valuable trees so that they do not have to come before council in the first place. Should they find themselves before council asking for relief of the requirements, they better have a darn good reason for us to say “yes”.

“We can’t get as many units on the site as we would like to because of the trees” is not a good reason. It is not the council’s job to make a development project financially viable for an applicant. It is the council’s job to protect and preserve the character of our community.

I’m sure you all have heard by now, but in case you haven’t, the council has chosen Sherry Scoggins as our new Town Clerk and she has been on the job for almost two months now. Sherry was selected out of a field of 159 candidates from all over the country. Sherry is the former Town Clerk of Clayton, NC. and a certified Master Municipal Clerk. I look forward to working with Sherry for as long as I have the honor of serving.

A very special “thank you” to everyone in the Clerk’s Office – especially Karen – for all their efforts to help get Sherry better acquainted to her new position and responsibilities. Ya’ll are the best!

Cary continues to attract business investment. HCL America has announced their plans to create 1237 Technology Services jobs in Cary. They will also invest $9 million in a new Global Delivery Center in Regency Park. While HCL could receive almost $20 million in state incentives, that is far less than they were offered to go elsewhere. New York offered HCL almost $57 million, yet HCL selected Cary largely because of our area’s high quality of life, low tax burden and a pool of highly educated and talented employees.

This is the second major jobs/investment announcement in Cary in less than two years. Last year METLife announced their plans to construct a $90 million technology center on Weston Parkway and create 1300 jobs with an average salary over $100,000.

Not to mention the 100 jobs that Novozymes plans to create at a new research and development facility in Cary, aap3, Blue Bell, Bass Pro Shops…. And who knows how many new small businesses.

While much of the country struggles, Cary continues to experience economic growth. Many thanks to our Local and State Economic Development folks, the Cary Chamber of Commerce, town staff, elected officials both past and present and especially our citizens for everyone’s contributions towards making Cary one of the greatest places to live and work in the world. We are so blessed.

And just in case you want to get more involved with your town, the Town of Cary’s Parks, Recreation & Cultural Resources Department is currently seeking members to fill vacancies on its Athletic Committee, Greenway Committee and Cultural Arts Committee. These three committees serve as advisory bodies to the Town Council through the PRCR Advisory Board and Town staff. Members attend monthly meetings and select special events. Interested Cary residents should complete an online application available on the Citizen Advisory Committees page at www.townofcary.org; applications will be accepted until 5 p.m. on October 3, 2014. For more information, call (919) 469-4061.

Well that’s it for now. As always, thanks for reading!