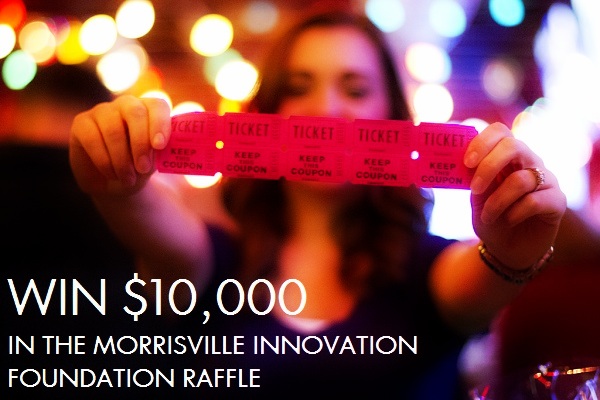 Morrisville, NC — Who couldn’t use some extra cash this time of year? Buy a reverse raffle ticket from the Morrisville Chamber and you could win $10,000!

Every year the raffle winner is chosen at the Morrisville Chamber of Commerce’s Holiday party, which takes place this year on Thursday, December 4, 2014 at the Chef’s Academy. Raffle tickets cost $100 a piece and only 300 are for sale. Pretty good odds, I’d say!

The Great Recession was a game changer for many businesses and organizations, and the Morrisville Chamber felt that its role should be broader than just serving the dues-paying members of the organization. So, in 2013, the Chamber launched the Morrisville Innovation Foundation to accomplish its community-focused mission. The foundation’s goals include:

Proceeds from the Reverse Raffle go to support the Morrisville Innovation Foundation, and the raffle is considered a charitable contribution.