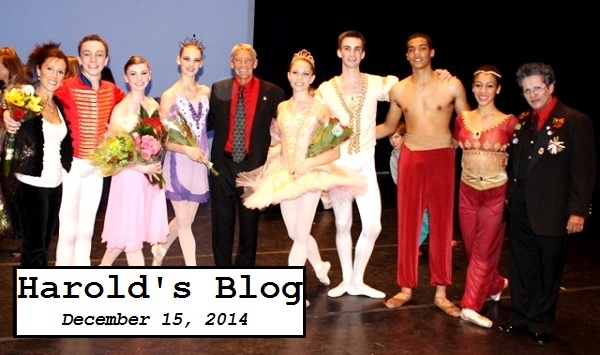 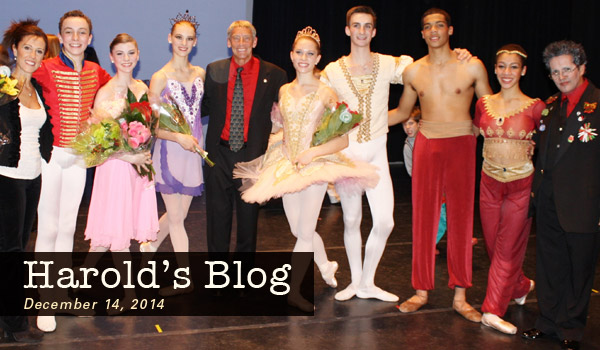 Cary, NC — This week was one of the busiest weeks I have had since I have been mayor.

Monday started with phone calls to council members about Thursday’s regularly scheduled council meeting agenda. I was able to contact all council members except council member Frantz. Council members commented about the Herndon rezoning proposal, the land development ordinance amendments round 30 and 28, allowable automobile uses in downtown, and the Triangle Math and Science Academy. But most of the conversations focused on the proposed art in the town square.

Later Monday I met with Mayor Pro-Tem Adcock, management, directors, legal, public information, and administration to go over the entire agenda. We discussed several of the items relating to council members and how staff could prepare to answer questions they might get. I predicted our meeting would last until about 10:00.

After the agenda review meeting I met with the town manager, deputy town manager, and assistant town managers to go over several issues that included Google Fiber and recruitment of businesses in downtown Cary.

Monday night the council held a quasi-judicial hearing to decide on three cases.

The first case was the site plan review with modifications for Spring Arbor of Cary which will be an assisted living facility on Kildaire Farm Road next to US 1. After over an hour of discussion the council approved modifications which included improved building aesthetics, a buffer reduction along US 1, removal of some champion trees while saving others, and a payment in lieu of creating a median on Kildaire Farm Road since the median won’t be built for years.

The second case was the site plan for phases one and two of a subdivision which was divided by the Chatham County line. The site is bounded by the American Tobacco Trail to the west and a creek to the east. Given environmental constraints and recreational benefits, the council agreed to the modifications that included the removal of one champion tree and a reduced connectivity index.

The final case was the subdivision plan for Canterbury Downs which is on Davis Drive at Farmpond Road. The proposal requested several modifications which the council rejected. The site plan was also rejected. The applicant now has to wait one year unless the council grants a waiver. The quasi-judicial meeting in its entirety lasted about 3 ½ hours.

On Tuesday the council held a work session on six topics.

The first topic was on street connectivity. Staff proposed a three tier system so that some streets would not be required to be connected. For example, where there is no safety issues that require a connection and where a subdivision was planned before the 1999 connectivity ordinance. In addition, staff proposed emergency connectivity.

That is, no vehicular traffic but a space where emergency vehicles could safely cross if needed. Council agreed to move forward with this proposal as long as the stubs don’t have fences.

The second topic was on single-family lot grading and mass grading. The current rules require a permit before grading can occur on lots 3 or less per acre. Developers were getting dozens of permits and mass grading the site. Staff informed council that data shows developers don’t mass grade with larger lot sizes. Council decided to change to a larger minimum lot size to try and address this issue.

The third topic was on land use planned densities and lot sizes. Council directed staff to split medium density from 3 to 8 units an acre to two densities classifications of 3 to 5 units and acre and 6 to 8 units an acre. In addition, council asked that minimum lot sizes be used for the land use plan. For example, low density would now be defined as 12,000 square feet or larger.

The fourth topic was on town home recreation standards. Currently gathering space and or active community gathering spaces are required for town home communities. For town home developments of 15 acres or greater the site includes such things as a central plaza/green, outdoor dining areas, fountains/water features, and/or public art.

The staff provided examples of several town home communities which showed larger communities even did more than what was required. After the discussion council decided that current requirements were working. However, we did ask the staff if it was possible to survey residents of smaller town home developments to find out if those open areas are useful.

Our fifth topic of the work session was on our Tree Protection and Enforcement ordinance. Staff explained that even though new development sites have protection fences and signs developers sometimes remove trees. In addition, there are some residents who buy homes and remove streetscape buffers which are a violation.

Council decided to not fine those residents but make sure they replanted vegetation. Other violations would be subject to fines and revegetation. One interesting note is that all fines collected for this violation go to the Wake County Schools. Last year Cary collected $15,000 in fines for this type of violation.

The last topic of the work session was whether or not to replace Mayor Pro-Tem Adcock who is the District D representative. She will be leaving council to serve in the NC House. I did a quick poll of council members and only two favored replacing Mrs. Adcock. It should be pointed out that it could take a couple of months to appoint someone AND that person can only serve up to the election which is in October.

Most council members felt it was not worth the time and expense for that short amount of time. Council does think there is potential to appoint someone who is elected immediately after they are elected. That is, if someone wins the October election we could appoint them in October rather than wait until December.

Wednesday was a busy day for me. It started with a TV spot on ABC11 for the Food Bank’s Heart of Carolina Food Drive. I was at the Kroger off Maynard Road along with volunteers from Cisco and NC Food Bank board members. Just before my spot began a kind gentleman drove up and gave a check for $2000. What a great gift and from someone in our great community. By the end of the day ABC11’s Heart of Carolina Food Drive was able to reach their goals.

At lunch Wednesday I went to the Herb Young Center to greet town employees before the holiday luncheon. I, along with council member Yerha, shook the hands of 697 employees. I was fortunate enough to be able to have short conversations with a few. Later I gave remarks and thanked them for what they do to make Cary the greatest place to live, work, play, and raise a family.

Wednesday afternoon council member Robinson and I met with several staff members to go over Cary’s greenway system and future plans for our greenways. It appears that Cary will be very close in 2017 to having trails connect from Lake Crabtree to the American Tobacco trail. It is also believed that Raleigh will have trails connected to Umstead by that time. So with a few segments we could have trails through Raleigh, Cary to Durham. This was very exciting news to me and Mrs. Robinson and I will continue to work with others to find out more.

Wednesday evening I gave welcoming remarks at a reception for the NCAA Division I College Cup held in Cary over the weekend. This was our 10th time holding this Division I national championship. In attendance at the reception were representatives from the NCAA, the host college Campbell, CASL (Capital Area Soccer League), the Greater Raleigh Sports Alliance, and the Town of Cary. With this great partnership we were once again able to host another great final four.

Wednesday night I gave remarks at the CAP (Citizens Assisting Police) dinner held in the Carolina Preserve. Our CAP team members assist the Cary Police in numerous ways. It is estimated that this year they have provided 6000 hours of service and have saved the town $145,000. They are one of the reasons Cary is one of the safest places in the nation. God bless them all!

Thursday was the only regularly scheduled council meeting of December and the last meeting for council member Gale Adcock. Not only has Mrs. Adcock helped me be a better leader but we have become good friends. While all of us on council will miss her we know that she will be a very strong advocate for Cary and for municipalities. It is my belief that she will thrive in her new role.

At the first part of the meeting the council passed a resolution commending Mayor Pro-Tem for her seven years of service on the council. The council next held a public hearing on the Herndon property which is proposing three single family units an acre at the corner of Turner Creek and Highway 55.

Council discussed several items and approved making several part time employees full time, integrated art concepts for the downtown park, a park and ride agreement with TTA for the town’s parking deck, and a new process for rezoning that includes an information session to be held by staff before a public hearing. Our meeting ended after a little over three hours.

Friday night I attended the opening of Triangle Wine Company. They sell fine wines and craft beers including a lot of the local breweries. I spent time meeting people and talking to the owner and to the owner of Fortnight Brewery of Cary. I believe they will be a big success in their location in the new Waverly Place.

Saturday morning I was supposed to be a bell ringer for the Salvation Army at the Walmart. Unfortunately, there must have been a mix-up with the scheduling because there was no kettle or bell to ring. Please do what you can to support their great mission.

Saturday afternoon I joined all council members but Robinson to participate in the Cary Christmas parade. Like last year we were on a float provided by council member Frantz. We had a great time throwing out candy and wishing everyone a Merry Christmas. Since we were the fourth of ninety groups I was able to see most of the parade with my wife.

I spoke with Ralph Ashworth who has seen most of the Christmas parades and he believed this was the largest crowd ever. While the amazing weather played a part in drawing the crowd, I would like to think that interest is growing in downtown and the parade.

Dinner and a Show

Saturday night my wife and I dined at Belle’s restaurant across from the Cary Arts Center. The food was fabulous. If you haven’t tried it then it should definitely be on your places to try.

Afterwards we attended a performance of the Nutcracker by the International Ballet Company. This is their 5th year in existence and they have already produced 6 professional dancers. This original choreographed performance of the Nutcracker was amazing. The choreography combined with the incredible talent made for a wonderful show that was a perfect holiday experience. Needless to say my wife and I had a wonderful time.

Emails from citizens this week included accolades for a police officer, requests for meetings which is true every week, and comments for and against rezonings.

Next week will include a Mayors Association dinner, an Economic Development meeting, several meetings and luncheons, and the Cary Ballet’s version of Nutcracker.

Well, that is all for this week. My next post will be on Sunday, December 21st. Although I have Facebook and Twitter accounts those are not the best means of communications with me. Please send all Town of Cary questions or comments to Harold.Weinbrecht@townofcary.org and email personal comments to augustanat@mindspring.com.

From the blog of Cary Mayor Harold Weinbrecht. Photo with the International Ballet courtesy of Mayor Weinbrecht.