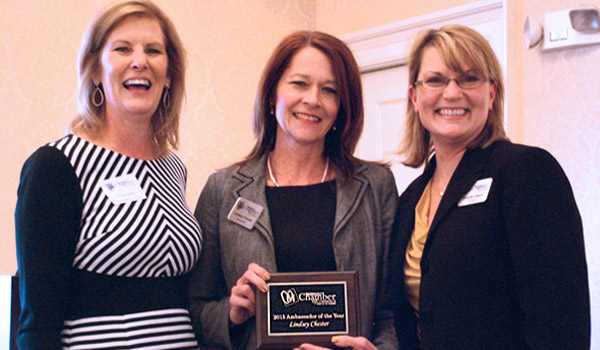 Morrisville, NC — The Morrisville Chamber handed out a slew of awards at their 24th Annual Banquet on Friday, January 30, 2015. Among the winners was Lindsey Chester of CaryCitizen, who was named 2014 Ambassador of the Year.

The Morrisville Chamber of Commerce presented these awards at their 24th annual meeting on Friday, January 30, 2015. Three awards were presented to five recipients, listed here:

This sold-out event allowed chamber members and friends to witness the presentation of these honorable awards in the ballroom of Brier Creek Country Club in Raleigh.

Find more about the winners below. 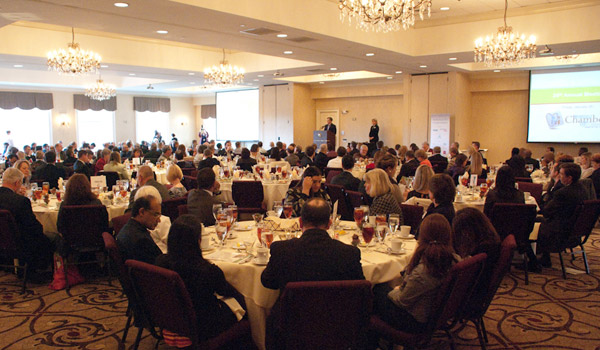 There was a large turn-out at the Morrisville Chamber’s annual banquet.

Lindsey Chester, 2014 Ambassador of the Year

Each year, the Morrisville Chamber awards an Ambassador of the Year award to a chamber leader, or ambassador, that shows year-long involvement and commitment to the group.

Lindsey Chester, this year’s winner, has been in the Morrisville Chamber for four years now and has served as an ambassador for 18 months. Even in her short time as an ambassador, Lindsey has shown those winning traits again and again. She volunteers religiously at chamber events by helping with set-up, clean-up, and everything in between.

Lindsey brought several new members to the Morrisville Chamber in her short time as ambassador and fulfilled her duties of making sure new members feel welcome and involved within the group. She told me that, although volunteering takes time and commitment, the motivation comes easy when you’re passionate about the group in which you are serving.

Ambassadors receive points for participation and member support throughout the year, and Chester earned the most points in 2014. In addition to her volunteering with the Morrisville Chamber of Commerce, she is engaged in the community through organizations such as the Heart of Cary Association and the Cary Sports Alliance.

Lindsey Chester serves as CaryCitizen’s CFO and Vice President of Sales. Along with organizing relationships with clients and maintaining business fiances, she is responsible for much of the networking, planning, and content that accompanies CaryCitizen. 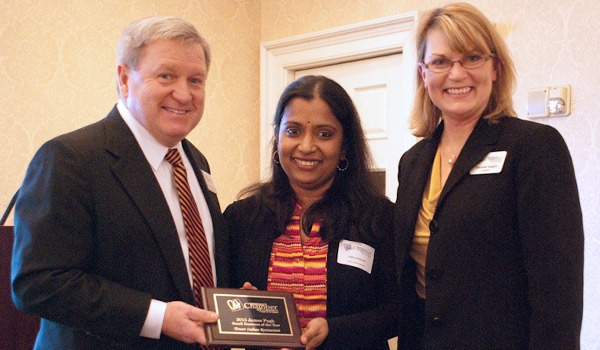 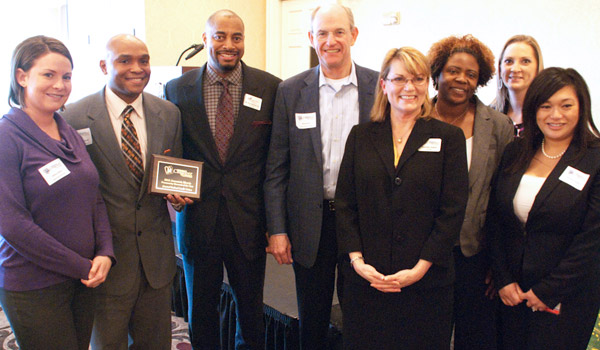 The Morrisville Chamber’s mission is to promote business, enhance economic, and community development while serving as a champion for improving the overall quality of life in the region.

This event was sponsored by: