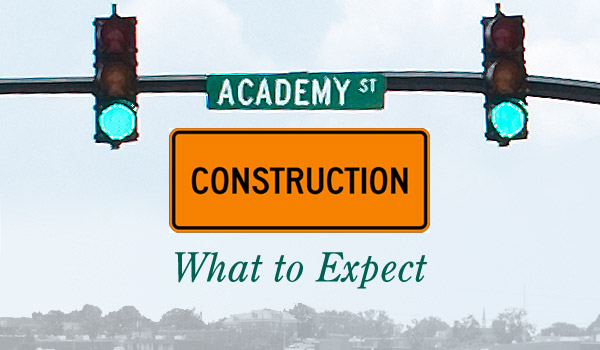 Cary, NC — April 2015 marks the groundbreaking for infrastructural and aesthetic improvements to Academy Street, Downtown Cary’s main thoroughfare. This week, Kyle Hubert, engineer and project manager for this estimated $10 million endeavor, shared with citizens the project’s timeline, construction plans, and measures that are being taken to reduce disruption.

Prior to Hubert’s presentation, Ted Boyd, Cary’s Downtown Manager, addressed the audience, saying “Downtown Cary will see a significant transformation in the next five years.” Isn’t that the truth! Apart from replacing road infrastructure from the sixties and improving pedestrian and motorist travel, plans are in place to construct a downtown park near the arts center and to beautify Academy Street with various features and designs from artists and engineers.

These efforts are all a part of the town’s revitalization plans–a several-year-old project with the goal of enhancing the character, charm, and attraction of downtown. The now completed Cary Arts Center and Cary Theater were also part of these revitalization efforts. 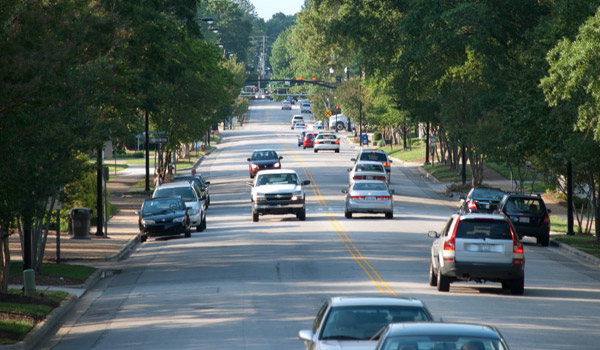 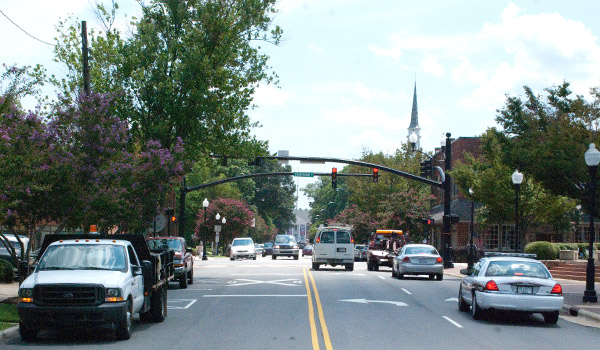 Hubert addressed members and guests of the Heart of Cary Association, which is a group largely made up of individuals who work or live downtown–that is, near or on Academy Street. Needless to say, most people present at the presentation were anxious to see how the downtown construction would affect their businesses or homes.

This project will begin on the Kildaire Farm Road curve, near the Cary Arts Center, and, from Dry Avenue, will continue all the way down Academy Street. While one side of Academy Street is under construction, traffic and parking will exist on the other.

Boyd reassured the group that access to businesses and homes will be maintained at all times. Construction signage will be used before and after groundbreaking to announce that:

Construction teams will also work on Saturdays and evenings to minimize interference.

Hubert stated his excitement about the design plans, which have been in state for 18 months now. He explained, in detail, the various plans and design for both Academy Street road construction and for the streetscape, or basic view.

From both Boyd and Hubert, I got the impression that this project is, very much, a, “If we’re improving part of it, we should improve everything we can,” situation.

Basically, the extreme upheaval of Academy Street is not just to repave the road and replace existing infrastructure; rather, it’s also a great time to take advantage of the construction accommodations to improve sidewalks, electrical installations, and overall appearance. 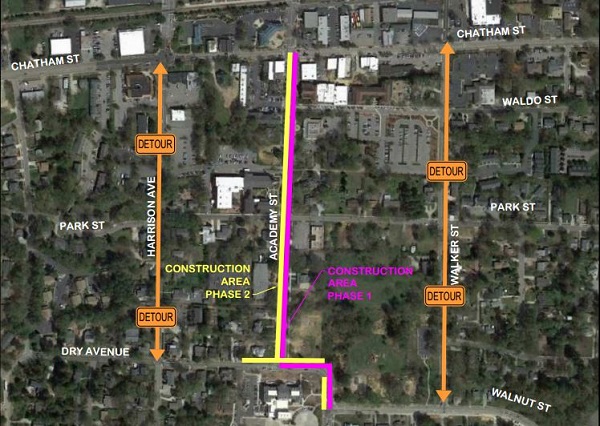 Phase 1 (pink): Construction on the East side of Academy, traffic on the other. Phase 2 (yellow): Vice versa.

Academy Street infrastructure, electrical, and road construction will include:

The infrastructural replacements create a better foundation for downtown businesses and homes, but the following design elements will also play their part in the revitalization efforts by adding charm, beauty, and enhanced usability to the streetscape.

Artist Jack Mackie was commissioned to create 12 music-inspired granite benches that will be placed throughout downtown. He also constructed several dogwood flower-shaped bike racks, which will be placed near the post office and library. 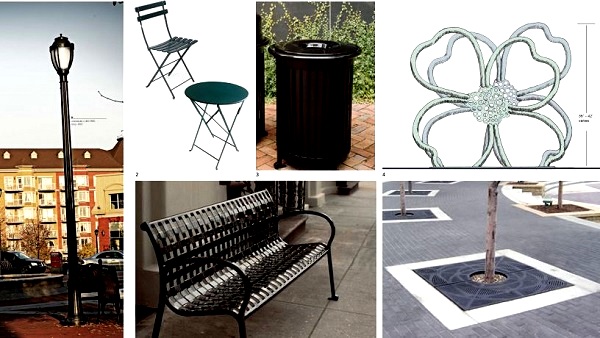 Other streetscape elements include:

An attractive variety of pavers (exterior flooring like stone, brick, or concrete) will be used in the crosswalks, streets, and pedestrian access areas. Instead of paint, yellow pavers will serve as lane markings on the street.

Boyd explained that, currently, parking along Academy Street is very inefficient. Parking spots are not marked which, as a result, encourage customers to leave odd-shaped gaps between cars–minimizing available spaces. The new Academy Street will feature these markings and should help resolve some of the current issues.

Right now, there is only one handicapped parking spot on Academy Street that is ADA (Americans with Disabilities Act) approved. Several others are marked as handicapped but don’t feature the necessary accommodations of an ADA spot. The new Academy Street will add three approved spots.

Prior to groundbreaking, two informational public meetings will be held at the Cary Theater on:

Residents can learn more about construction plans and disruptions at the public meetings. Additional details and project manager contact information can be found at Town of Cary.

How To: Build a Terrarium