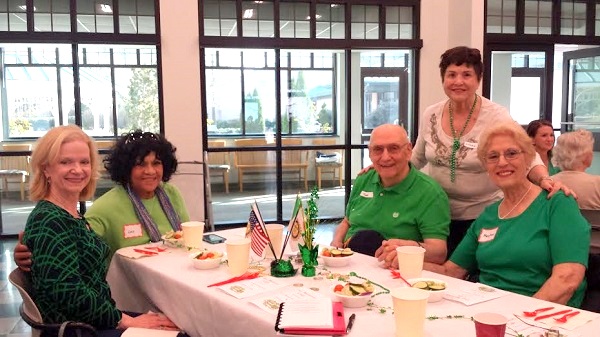 Cary, NC — On Tuesday, March 17, 2015, I attended The Memory Cafe, a monthly event that supports local families with loved ones affected by Alzheimer’s and Dementia.

The Memory Cafe of Cary, which was first held in August 2014, is a fairly new project. It’s also an incredibly special one, especially to the five Cary Rotary Clubs, who joined together to create the event in recognition of their 50th anniversary of giving back to the community.

I met with Brian Blum, President of the Cary Page Rotary Club, who was instrumental in getting the Memory Cafe started. He, along with other Cary Rotarian’s, was inspired to create an event that would support families in the community and bring all five Rotary Clubs together.

As I made my way around the Memory Cafe, I met Rotarian’s from each of the five clubs who were all there to support the event and see the families it served. I also met caregivers and their family members, many of who were suffering from Alzheimer’s and dementia.

The event is for both caregivers and their family members, but some caregivers come alone. Why? Many have lost loved ones due to Alzheimer’s and dementia, while other individuals needing memory care may be physically unable to make it out to the event. Blum explained that:

The Memory Cafe is always free–those who wish to attend just need to make a reservation beforehand. This month’s dinner was provided by Sunrise Senior Living. In celebration of St. Patrick’s Day, guests enjoyed a meal of salad, Irish sausage stew and rice pudding. 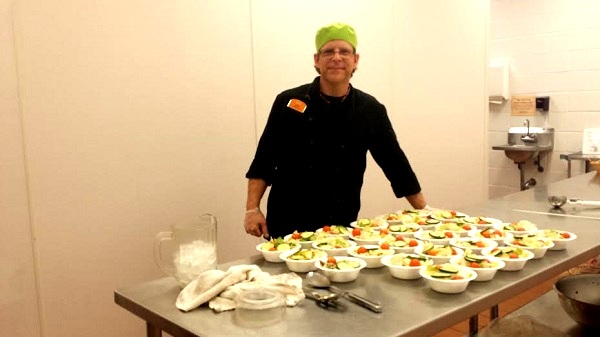 I sat at a table with five people who were all at the Memory Cafe for different reasons. Renee, a Cary Rotary Club member, was checking the event out for the first time, and I also met Lois, who attended the very first Memory Cafe and has been coming ever since.

She brought with her Todd and Mary Anne, a kind couple she met at a support group for caregivers. I also enjoyed talking to Lillian, another Cary Rotarian.

I enjoyed dinner and conversation with Renee, Lois, Todd, Lillian and Mary Anne.

In addition to dinner, there’s always entertainment at the Memory Cafe. Past events have featured dancing and music, but this month’s program recognized St. Patrick’s Day with trivia and jokes about the holiday. The program was put on by the Executive Director and the Marketing Manager of Claire Bridge, a memory care unit of Brookdale Senior Living. 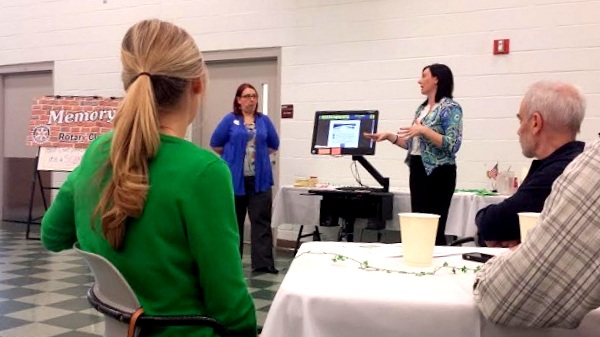 Allison O’Shea and Crystal Wylder from Brookdale entertained us with St. Patrick’s Day trivia and jokes.

The Memory Cafe is an inspiring, supportive event filled with kind people. To attend the monthly event, make a reservation online or call Brian Blum at 919-233-0075.

2015 Guide to Easter Festivities in Cary
Scroll to top