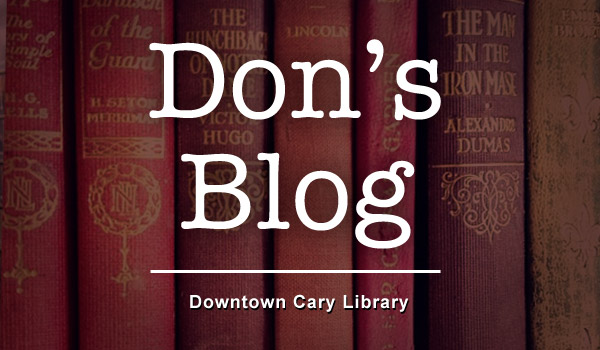 Cary, NC — At a retreat in 2010, the council unanimously selected a site adjacent to the new downtown park near the intersection of Walnut St. and Kildaire Farm Rd. and across the street from the Arts Center and Cary Elementary as the location for the new downtown Cary Library.

There have been a couple of articles in the Cary News lately that have implied that the council may be reconsidering that decision.

While one council member wants to reconsider that decision – the council does not.

While I can respect and appreciate this council member’s position, this decision was made years ago and there has been plenty of time for folks to express any concerns they may have had.

Reasons for the New Site Selection

There are a number of reasons the council selected the site we did for the new downtown Cary Library, the first being to create a synergy with Cary Elementary School and The Cary Arts Center. Other points include:

I do not subscribe to the notion that the new library “seems too far way to benefit our downtown businesses” and that “people won’t want to walk half a mile to Chatham Street.”

If that is the case, then why are we spending millions to improve Academy Street to include wider sidewalks, lighting, bike racks and artistic elements to promote walkability if no one is going to walk up and down the street? Why did we invest $13 million in the Cary Arts Center at the end of Academy Street? Why did we partner with the Belle at the Jones House restaurant at the corner of Academy and Dry or the Mayton Inn located halfway down Academy Street?

I also fail to comprehend how the same folks who don’t support the new library site out of concerns that it will not benefit businesses along Chatham Street are the same ones who supported a small 2-4 acre park in downtown so that the majority of land could be developed into high density residential, retail and businesses…that would directly compete with those same Chatham Street businesses they are so concerned about.

While the council’s plan does allow for redevelopment of some of the “opportunity site” as some like to call it, the majority (7 acres) of the property remains what was promised to our citizens – a large downtown park.

Notes from the Charlotte Retreat

The council recently visited downtown – excuse me, Uptown Charlotte for our council retreat. One thing we learned from them was not to solely focus on one area of downtown.

I am pretty sure that when the Metropolitan in downtown Charlotte was proposed that a number of folks probably asked, “Why are you building that way over there? How is that going to help us?” Heck, it even needed a new road constructed to even get to it. But just look at it now.

No one project will make or break downtown Cary. Each and every one is but a small piece in a rather large puzzle. The more projects we see completed in downtown, the more that will come – success breeds success. One of the reasons I ran for council was that I was sick and tired of all the talk and no action downtown. The town talked a good game, but nothing was happening.

Absent from the council majority was the political will to invest in downtown. That changed in 2007 when a new council was elected. Since then we have been making steady progress, but acknowledge that we have a long way to go.

I will always remember a comment I heard while on a visit to downtown Greenville, SC. a few years ago. “Downtown revitalizations are a twenty year overnight success.” It is so true. Nothing happens overnight, but if things keep happening, success will come.

I plan on keeping things happening.

From the blog of Don Frantz, Member of the Cary Town Council District B. Photo by Moi of Ra.