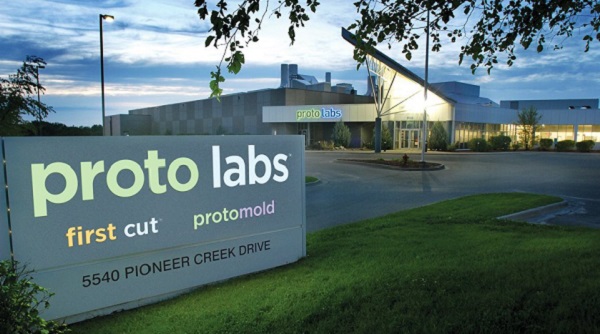 Editor’s Note: CaryCitizen received the following press release from the Cary Chamber of Commerce. You can read the full version online.

Cary, NC — Proto Labs, a Minnesota-based technology manufacturer, will open a new office in Cary, investing $25 million in the Town and creating 170 new jobs by doing so.

On June 18, 2015, Governor Pat McCrory and other NC officials announced that Proto Labs, Inc. will expand into Wake County and will create over 170 new jobs in the next five years. The company plans to invest in excess of $25 million in the Town of Cary over the same period.

Proto Labs is one of those 21st century companies that is helping North Carolina stay on the cutting edge of technology and innovation. By more than doubling its workforce, the company is demonstrating that nothing compares to North Carolina when it comes to being a great place for innovative ideas.

Based in Maple Plain, Minnesota, Proto Labs, Inc. is a leading online and technology-enabled manufacturer of custom parts for prototyping and short-run production.

Salaries will vary by job but will include engineering, manufacturing and administrative positions. The annual payroll of the new jobs will exceed $7.5 million by the end of the five years.

Since the launch of 3D printing at Proto Labs, we’ve increased our capabilities here in the U.S. and we’ve also introduced our additive manufacturing services in Europe. Our state-of-the-art facility in North Carolina will be a critical driver in advancing 3D printing in the U.S. and globally for many years to come.

Cary Chamber is a Partner

When we asked Kyle Greer, VP of Economic Development for the Cary Chamber of Commerce, to comment on the big news, he said:

We are thrilled to have Proto Labs choose Cary for their expansion; they are a high tech company on the cutting edge of 3D printing and additive manufacturing. They will be a great compliment to all  of the innovation already taking place in Cary and our region. Along with their substantial investment, they will also be hiring 170 new employees who will live, shop and dine in Cary. We are happy to have another great company call Cary home!

Story from staff reports. Photo of the Proto Labs Minnesota office from Facebook.