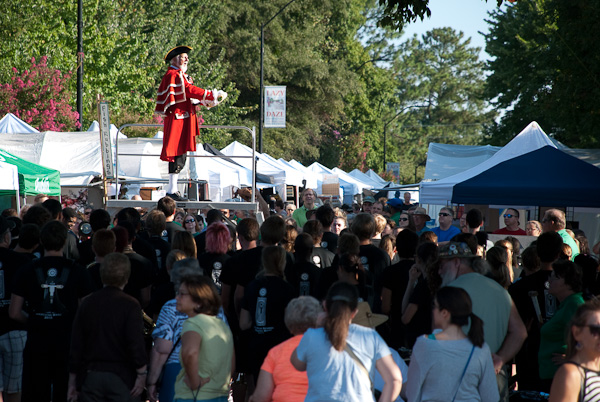 Cary, NC — Cary’s 39th annual Lazy Daze festival was last Saturday, August 22, 2015. It was a rare affair, across the tracks on Town Hall Campus, and we were there to take some pictures.

Lazy Daze is Cary’s biggest event of the year. In 2012, a record number of 70,000 people attended the festival, and the numbers keep growing every year.

The first Lazy Daze took place in 1977 in just one block on Chatham Street between Academy and Walker. There were 100 exhibiting artists, who each paid $10 for their booths, and the back of a flatbed truck was used as a stage for entertainment.

Today, you can find at least 300 artist booths, information about Cary’s cultural resources and groups, food and beer, crafts, activities, several stages of entertainment and more.

This year, for the first time, Lazy Daze was held on the north side of the tracks, weaving in and out of Town Hall Campus.

Vendors and festival goers seemed to like the temporary arrangement. It lent an air of wandering and discovery to what can otherwise be a somewhat linear experience. Town Hall Campus has plenty of places to sit, lots of shade, a nooks where you could get away from the crowds.

It felt like a series of outdoor rooms in a park. 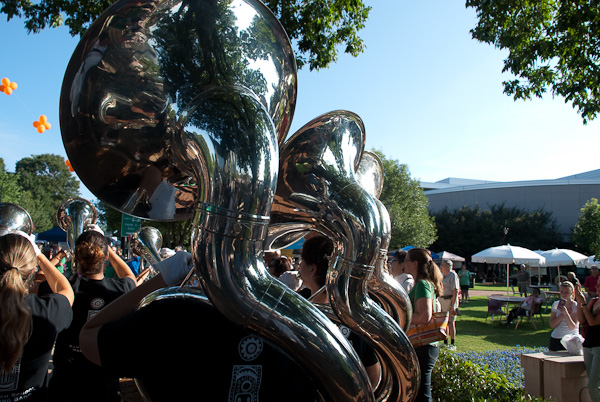 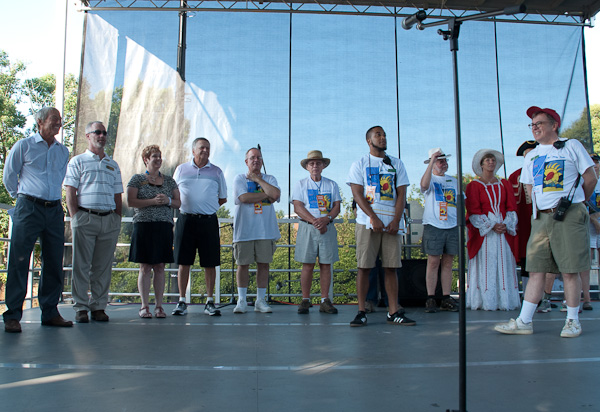 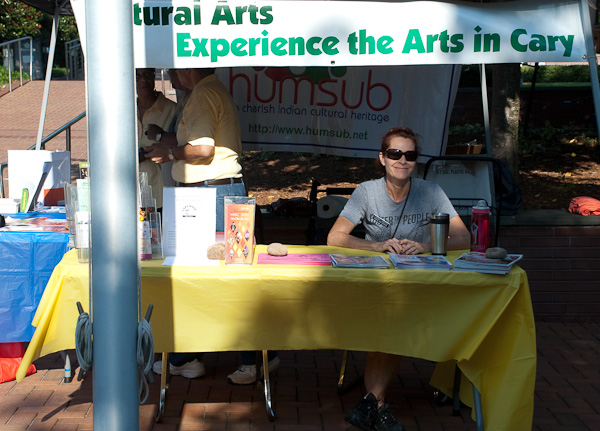 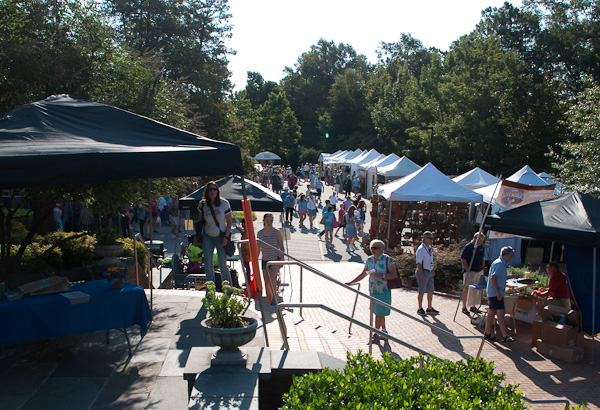 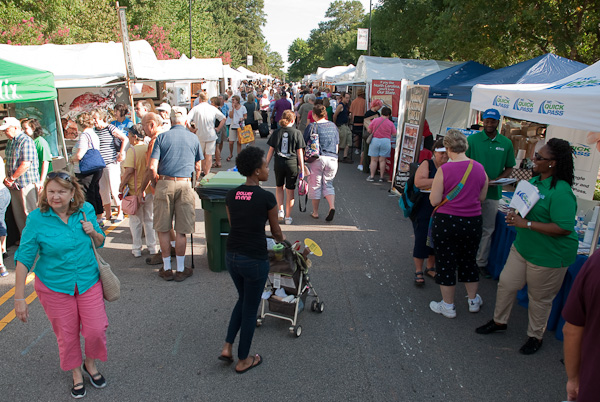 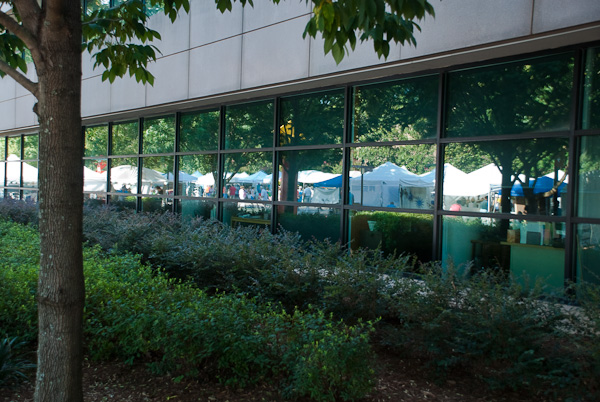 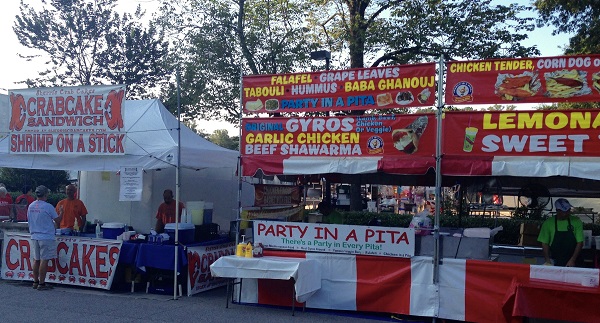 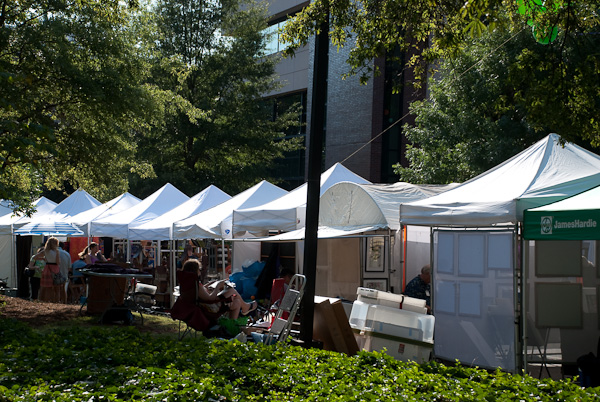 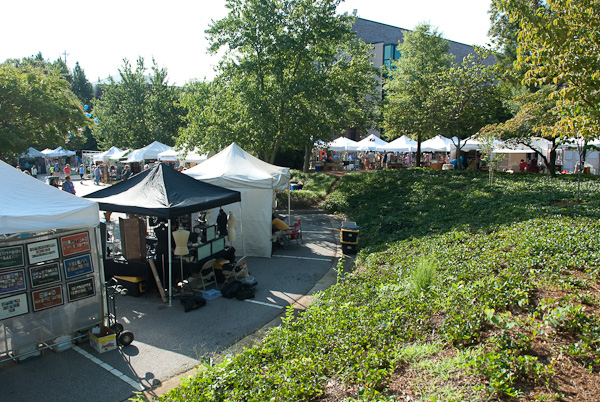 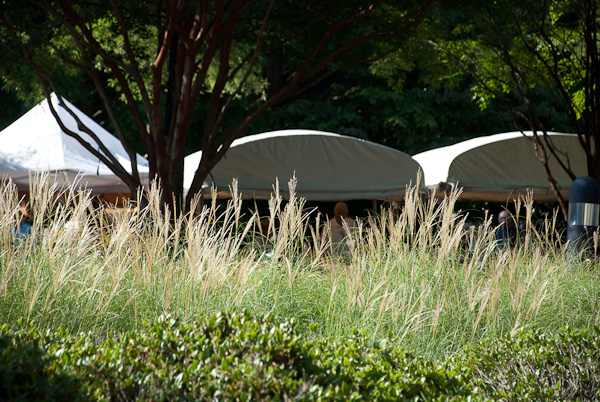 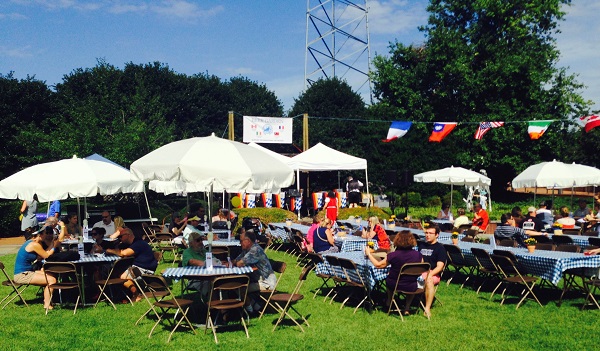 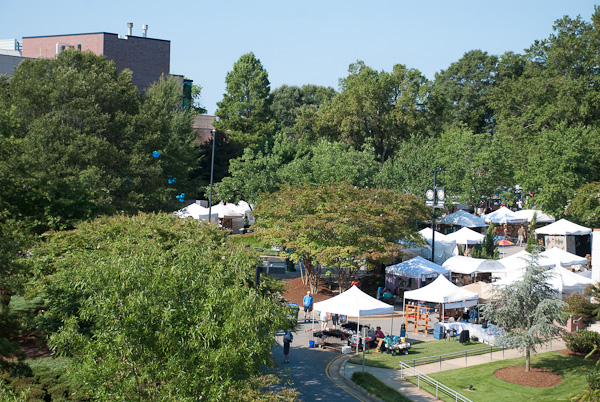 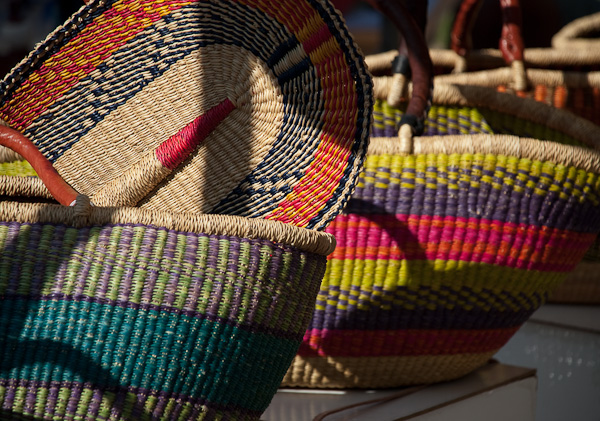 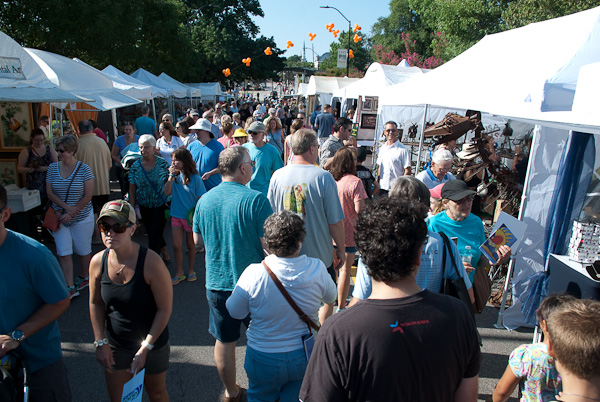 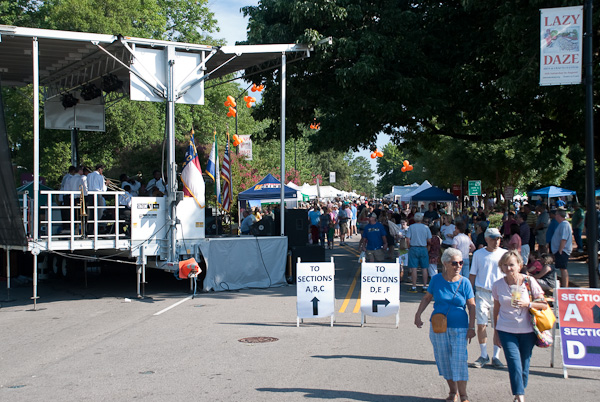 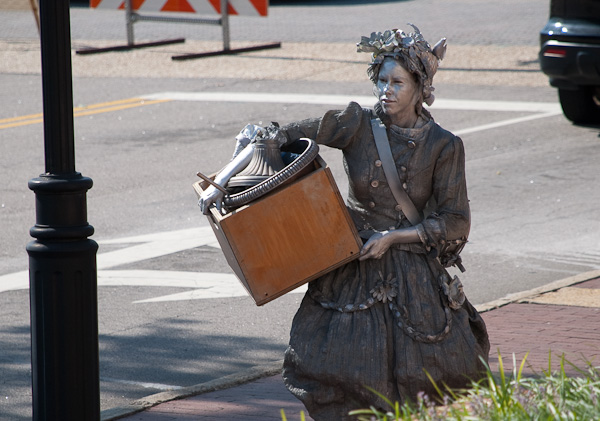 CaryCitizen is sponsored in part by the Heart of Cary Association.