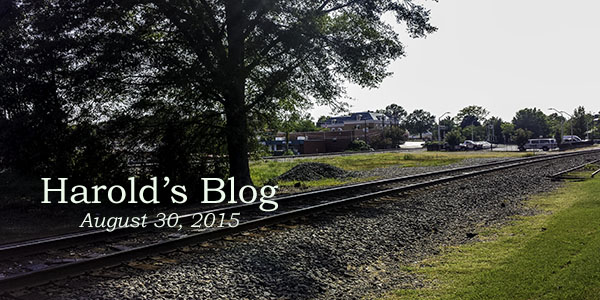 Cary, NC — This was a short week for me, but it included a couple of long nights.

Monday started with calls to council members to hear of their questions or concerns about the agenda for the upcoming regularly scheduled council meeting.

I was able to contact all council members but Robinson. The only concern seemed to be a public hearing on a proposal to subdivide a lot on Walnut Street into three lots.

Later, I met with management, administration, legal and public information to go over the agenda items. Our meeting went quickly, and I predicted the council meeting would not last long. My last meeting Monday was with the town manager, deputy town manager and assistant town managers. This meeting lasted over an hour, as we talked in detail about several issues.

One item we talked about was all the projects in the works for downtown that are not yet public.

One of these projects includes structured parking which would include partnering with the town. This may impact our decision on parking on the new Wake County library site.

We also did a debriefing of the first Lazy Daze on Town Hall campus.

Feedback included folks that loved the new site and that folks that hated it. There were 50 fewer vendors this year because of the limited space on the new site. We will calculate information on how well the vendors did in the upcoming days.

There is a good possibility that Academy Street might not be finished in time for next year’s Lazy Daze, so we might be at Town Hall again for the 40th year celebration.

Another item we discussed was Google Fiber.

Residents have been asking if Google plans to offer service to residents that live in Cary but have an Apex mailing address. The town asked the Google representative about this and they did not know. The corporate office was also asked, but they have not responded.

There is nothing contractually that would make Google provide service to all Cary residents since the town does not have that kind of authority.

Tuesday, I met with Wake County Commissioners Calabria and Hutchison to talk about transit.

I told them that I could not speak for the council, but I did tell them my personal opinion about the future of transit in this region. That is, it is important to understand that this region will double in population within the next two decades.

Without multimodal transportation including buses, bikes-pedestrian, some kind of rail and cars, this region would suffer economically and personally through a diminished quality of life.

It is also important to understand that, when talking transit, we are not talking about today’s transportation but about tomorrow’s transportation and what conditions we anticipate. If we don’t begin planning now, we will just be reacting, which will be much more costly and less effective.

Our conversation also included today’s congestion points during peak times in Cary’s morning and evening rush hours. On a related note, Cary has more people are coming into town for jobs than are leaving for jobs elsewhere. This change has occurred very recently and is a direct result of bringing high paying jobs to Cary. My meeting with the commissioners lasted about an hour.

Tuesday evening, the council held a work session on three topics – the downtown library, the winter council retreat, and appointments to the town’s boards and commissions.

Wake County will be building a library across from the Cary Arts Center on the 13 acre town site. It will be about twice as big as the current downtown library and will be a regional library instead of a local one. The town is looking for opportunities to partner in a design that would allow expansion with office, retail or residential next to the library and include structured parking.

Of course, any changes in design or additions would be paid for by the town. Since Cary is currently negotiating a partnership with another project for structured parking in downtown, this makes the decision much more difficult. That is, we probably can’t afford to pay for both.

At the end of our discussion, we asked the Wake County and town staffs to come back with detailed financial impact and a layout with the library closer to the park site. This additional information will have to be provided soon and the council will have to make a decision before the end of September since the bond money for Wake County expires at that time.

Our next topic at the work session was the town’s winter retreat. The winter retreat is usually held at the end of January and sets priorities for the year and years to come. It is an excellent time to do a “deep dive” on issues that will have the greatest impact to the town.

Our last topic at the work session was appointments for boards and commissions. The liaisons went over their nominees and why they recommended each individual. There was little discussion about the nominees and council approved all recommended appointees.

The appointments will be approved at the council meeting on September 10, 2015.

Wednesday was my wife’s birthday, so I made sure not to have any meetings.

Thursday was a regularly scheduled council meeting that lasted less than an hour and had two topics of discussion. The first council discussion was after the public hearing on the proposed rezoning on Walnut Street to allow a lot to be subdivided into three 13,000 square foot lots.

Council expressed concern about the lots having the look and feel of the surrounding lots. While the proposed lot sizes match most of what is around it the narrowness of the lots does not.

Staff will bring back information that will help council understand the differences better. Meanwhile it will go to the Planning and Zoning board for their review and recommendation.

The second main discussion item was the order to demolish a dwelling in Oxford Hunt that is dilapidated. Apparently, the owner had abandoned this property, and it has fallen into disrepair. Now it is not only an eye sore, but it’s also a safety hazard.

Council voted unanimously to start proceedings to demolish the house.

The Rest of the Week

The rest of the week was spent out of town visiting with my youngest daughter.

This week generated a lot of emails from citizens that included:

Next week’s activities include the opening of CineBistro and a quasi-judicial meeting of council.

Well, that is all for this week. My next post will be on Sunday, September 6th. Although I have Facebook and Twitter accounts those are not the best means of communications with me. Please send all Town of Cary questions or comments to Harold.Weinbrecht@townofcary.org and email personal comments to augustanat@mindspring.com.

Cary Towne Center: It’s Not What You Think