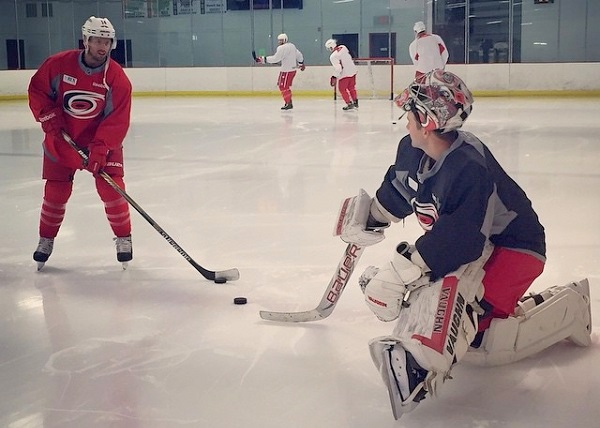 New Season Around the Corner

The 2015-16 season is just around the corner, and it’s time to make arrangements for attending games. Without a doubt, the Canes got a steal in drafting Noah Hanifin, and, while camp hasn’t started, I’ve seen this kid play, and he’s the real deal.

I expect him to make the team, get stronger as the season goes on and be a beast come the second half of the season. Ron Francis also brought in veteran James Wisniewski on defense and traded for Eddie Lack (first career shutout was against the Canes) in goal.

Several positions are still open, as Ron Francis made the decision the team needed new bodies, whether from the Checkers or signing UFAs.

There are some very impressive prospects, so this camp should be very interesting.

We will again have the 3-for-1 Special to start the season.

Ticket Price (for all three games):

If you’re interested in claiming this package, email Bob Fennel (with the number of tickets you want in which section) by September 22, 2015. Payments mailed beforehand are greatly appreciated, as running around the arena finding everyone in their seats is difficult.

Deal contributed by Bob Fennel. Photo from the Carolina Hurricanes on Facebook.

A Look Inside Freeman Center
Scroll to top