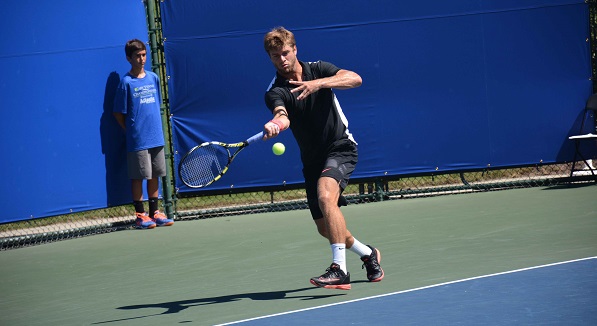 Editor’s Note: This recap was contributed by Harvey Richmond, a volunteer photographer for the Cary Tennis Park and the Triangle Tennis Enthusiasts Meetup group, which has nearly 1,000 participants who play tennis in Cary and surrounding communities.

With Atlantic Tire as their presenting sponsor, the Cary Tennis Championships attracted some of the top players from across the world and awarded winners $50,000 in prize money. 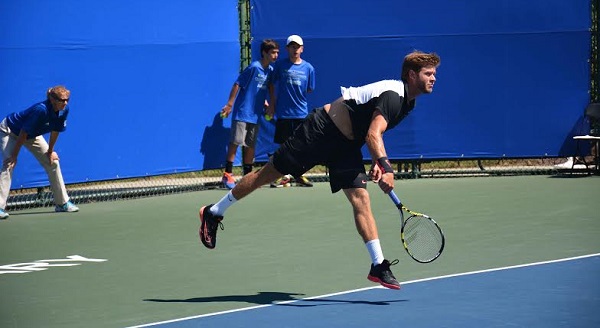 Ryan Harrison in his match on Tuesday, September, 15, 2015 against Facundo Mena (Argentina).

Players from All Over the World

Players from all over the world including places like Australia, South Africa, Great Britain, Argentina, Italy, Canada and Switzerland traveled to Cary to play in this tournament.

The singles champion on Sunday was Dennis Novikov (USA). Novikov played two years at UCLA, and this was his first ATP Challengers finals and his first ATP championship title. Ryan Harrison, who is currently ranked number 125 in the world, was the runner-up.

Novikov won in straight sets, 6-4, 7-5. In the doubles, Chase Buchanan (USA) and Blaz Rola from Slovenia, who both played at Ohio State in college, beat Austin Krajicek (USA) and Nicholas Monroe (USA) on Sunday in a third set tie-breaker 10-4 after splitting sets 6-4, 6-7.

After the matches, the championship trophies and checks were presented to players by Anthony Blackman, President of Atlantic Tire, and Cary Mayor Harold Weinbrecht. 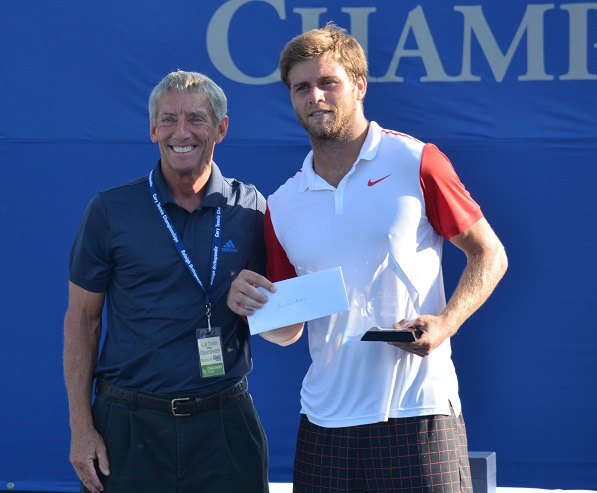 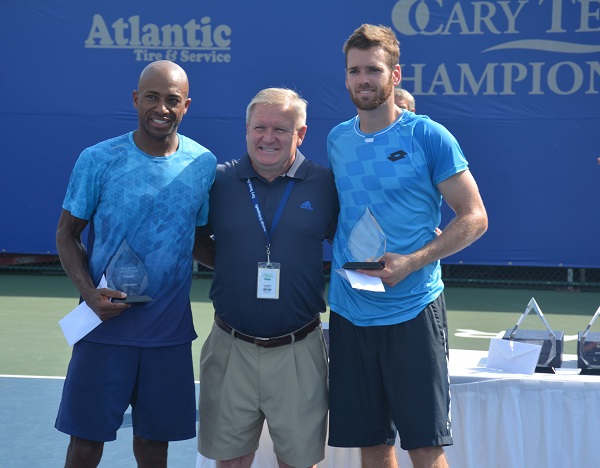 Many other special events occurred throughout the week in conjunction with the Cary Tennis Championships. Some included the Cary Tennis Park Pass Holder Day, a food drive for Inter-Faith Shuttle, University Day, Pro Am, a Ladies Luncheon with fashion show and Community Charity Day benefiting Abilities Tennis of North Carolina and Me Fine Foundation.

The ATP challenger circuit brings men’s professional tennis to over 40 countries around the world. The tour provides opportunities for up-and-coming stars to improve their skills and earn ATP ranking points to qualify to play in ATP World Tour events such as the U.S. Open.

Medicine Drop – This Weekend in Cary