Cary, NC — Black Irish, a Raleigh-based hip hop dance company, will perform one of Cary’s most distinct – and compelling – dance productions of the year this weekend, January 8-10, 2016 at the Cary Arts Center.

This weekend, Black Irish, a contemporary hip hop dance company, will bring their brand-new, hour-long sensory-based dance production to the Cary Arts Center for the first time. Shade, a three-day show, is a performance full of dynamic movements, dialogue and live music. From the performers’ carefully-choreographed movements, Shade audiences will explore friendships, strangers, lovers, exes and things in life that we can’t see or touch.

The Cary Arts Center auditorium will be immersed in a world of color, vibration, smell, sound and feeling brought forth by carefully arranged effects and projections of shadow, light, color, movement, music and more. During the dance performance, Shade audiences will experience live music composed and performed by William Howard, Justin Mackey and David Lezcano from Citizen Shade, a classically-trained North Carolina band. 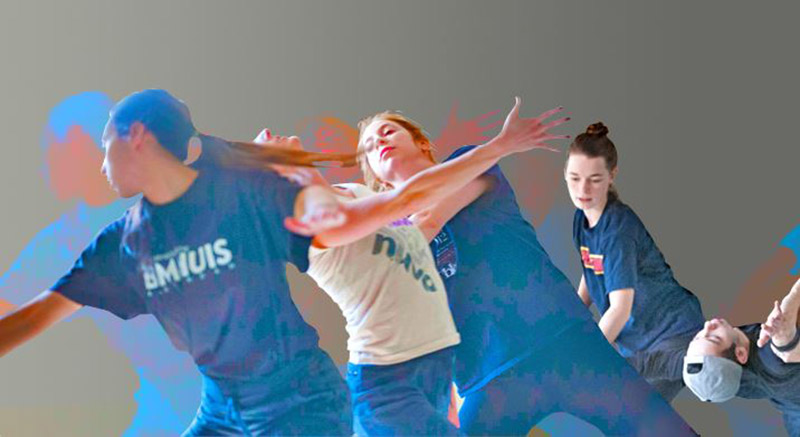 Shade is inspired by a neurological phenomenon known as synesthesia, or the ability to smell, hear and feel color and to see the vibrations in color. Through Shade, Black Irish performers want their audiences to experience seeing beyond the ordinary.

Though Black Irish has been performing in Cary for two years, this will be their first performance at the Cary Arts Center. Here’s an example of another Black Irish performance called Noise, which premiered in 2014 in Cary.

Ronald West, the Creative Director and Choreographer of Black Irish Dance Company, has worked with performers for months to prepare this sensory experience for Cary audiences. Now in his fourth season of managing Black Irish, West continuously works to develop his own unique style of contemporary hip hop dance to teach to students throughout the Triangle. Anyone can learn more about his style of movement or taking a class can do so by visiting the website.

West formed Black Irish to support all people in their efforts to dance. “The things that make you different are not weaknesses, but strengths,” he said. “Exploit your differences. Be a monster!”

Black Irish has been theorized to have been the descent of both Spanish and Irish ancestry. Black Irish is one that strives in supporting all people in their efforts to dance. Seeing both Black and Irish, two strong words utilized in describing the most notable example in American History for Hatred, unified reflects that universal acceptance of coming together through the love of dance, regardless of race, gender, sexual orientation or religion.

Black Irish Dance Company is symbolized by a singular black shamrock to reflect this universal acceptance.

Shows are at 7 pm on Friday-Saturday and at 3 pm on Sunday. Tickets are $20 for adults and $10 for children on etix. The performance is presented by Black Irish and the Town of Cary.

Story by Jessica Patrick. Photo and video from Black Irish.

Money Matters: 6 Ways to Save Money