The lobby of the new District Lofts was filled with business owners and local government figures for the opening party Friday April 22, 2016. The site consists of two buildings, each with different types of apartments, ranging from one to two bedroom units or one bedroom with a den.

Sarah Gaskill, Morrisville Chamber of Commerce president, said the quality of the finished product is impressive.

“This is what a community like Morrisville needs because of the level of growth,” Gaskill said. “And it’s a compliment to Park West.”

Construction of the 118-unit complex started roughly one year ago. 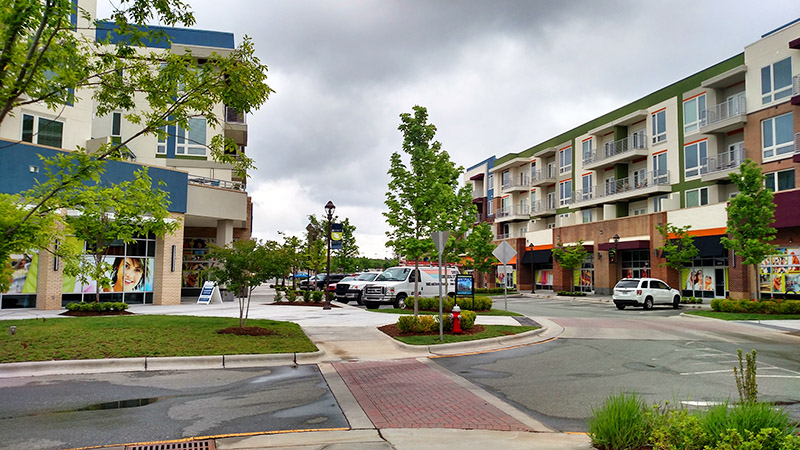 Both of the buildings that make up the District Lofts.

At the ribbon-cutting, David Brunner, general manager of Casto, the developer of Park West, noted how the lofts’ appearance was meant to evoke an urban look in a suburban market.

“It’s new, but it’s timely,” said Sarah Gaskill. “This is what people are gravitating toward.”

The lofts also feature several lounges and a communal gym and clubhouse, in addition to other amenities.

The District Lofts are in the Park West Village, near the intersection of Chapel Hill Road and NW Cary Parkway. 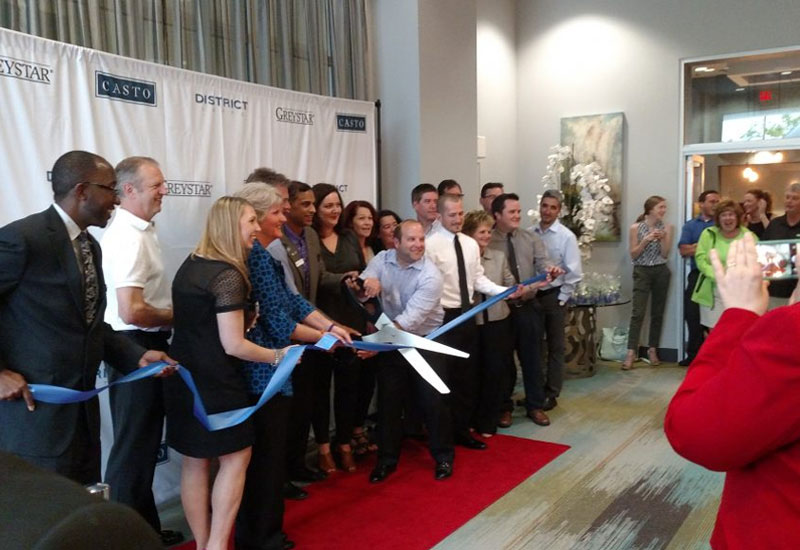 Story and pictures by Michael Papich.