Cary, NC – Despite being in an area with so much interest in soccer, the Triangle has not had a professional women’s team in almost a decade. But that’s all changing with the Oak City Futbol Club starting their first summer season this year.

“It was shocking that there was nothing here,” DeLorenze said. “I wanted to create something for women to look up to.”

DeLorenze grew up in Cary while women’s professional soccer went on in the area. She played soccer all her life, from playing at Apex High School to playing in college at NC State and the University of Florida and then semi-professionally in Florida.

“While I was in North Carolina, I had something to aspire to beyond just playing in college,” she said.

With all of its resources, from CASL to the popularity of the Carolina Railhawks to the many soccer parks and colleges around, DeLorenze said the Triangle should be “a Mecca” for soccer, yet it took her to start up a women’s professional team.

The Oak City FC will play in the Women’s Premier Soccer League, which has 15 divisions and more than 100 teams. The team’s coach for the summer will be Ronnie Bouemboue, men’s soccer assistant coach at NC State. Tryouts for team members was Sunday, May 8, 2016. Home games for Oak City will be at field six in the WRAL soccer center.

Looking at the upcoming season, Oak City’s opponents are all teams from surrounding cities such as Charlotte, Greensboro and Greenville.

“The Carolinas Region is new so we have some obstacles compared to other regions,” DeLorenze said.

The team’s first opponent on Saturday, June 4, 2016 is Greenville’s Carolina Elite Cobras – a more established team, according to DeLorenze, having previously moved from another league but she said Oak City is becoming formidable.

“We have a lot of talent to pull in from local colleges and we have interested people coming from out of town,” she said.

The team’s roster is open to players from high school age and up. 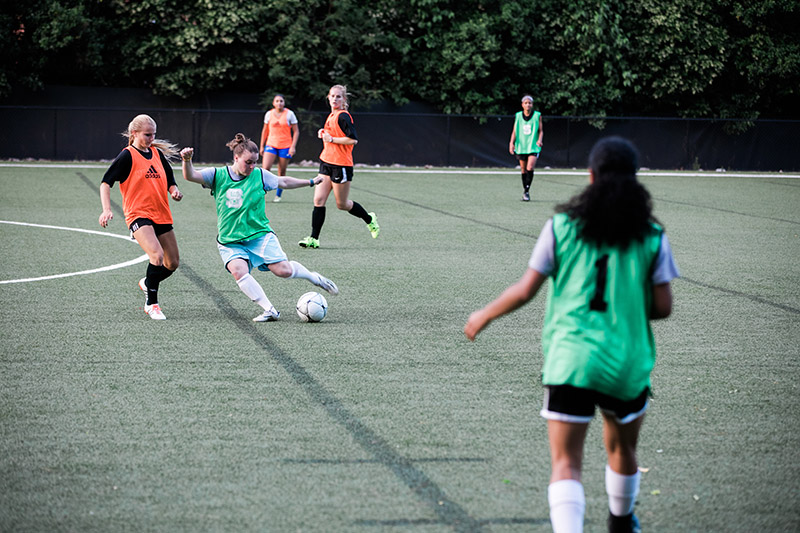 DeLorenze said she hopes the Oak City FC gives people, particularly young women and girls, something to look up to and said the character traits one builds in soccer are easily applied to adult life and careers.

In addition to other benefits, such as learning to keep positive and be “a part of something bigger than yourself,” DeLorenze also said the game is good for female cooperation.

“You have to be able to work with a lot of different personalities,” she said. “There’s a competition aspect but more importantly you are learning to connect with other women and work out how you will interact.” 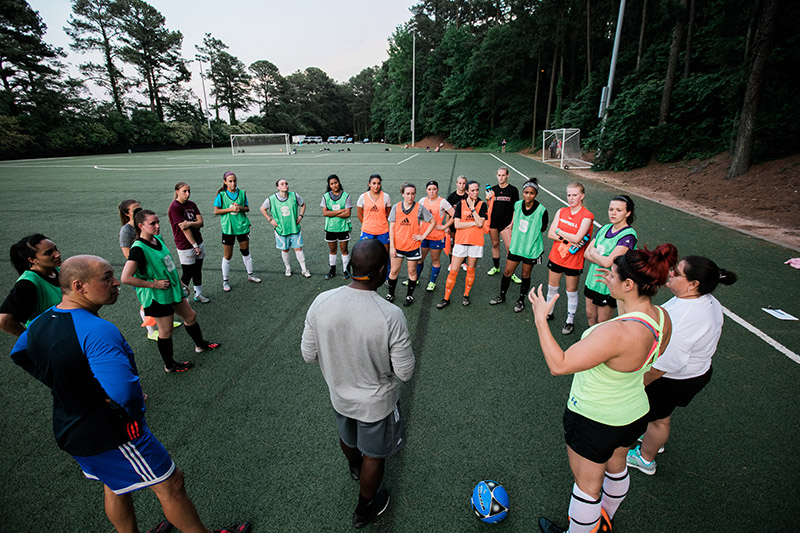 Community coverage on CaryCitizen is sponsored in-part by The Fotoshoppe on Kildaire Farm Road.