Cary, NC – More than a wide smile or a firm handshake, what creates a first impression is your smell. And at Cary’s Escentuelle, customers can take command over their scent by creating a customized, unique perfume.

Escentuelle, located in Olde Cary Commons on West Chatham Street, offers customers the chance to create a perfume from the ground-up with guidance from owner Carolyn Hassett.

“That is an exclusive perfume that no one has ever worn and only the one who made it can order it,” Hassett said.

Hassett said creating a new perfume takes about 90 minutes of working with the customer, starting by finding out what kinds of perfumes they have worn before and during what season they plan on wearing their new scent. In addition to questions about the customer’s olfactory past, Hassett also has close to a dozen common “perfume families” she asks the customer to smell and evaluate.

“Once I know two or three families they like, I usually know where to go,” Hassett said.

From there, customers sit in front of the wide “perfume organ,” where Hassett keeps 127 essences. Together, she and the customer work through the scale of fragrances, blending and testing over and over, until the new perfume is built. 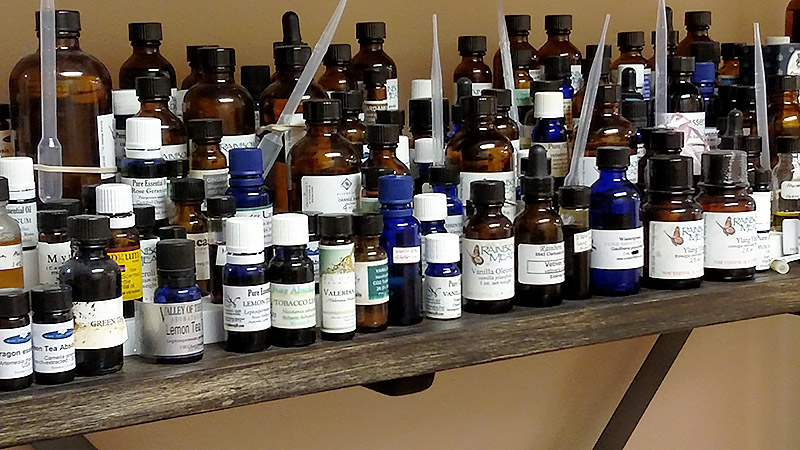 Hassett said creating a new perfume comes down to personality and finding the right balance in the season. For example, she said floral or fruity scents work better in the Summer, while the Winter calls for something spicy and oriental, such as Shalimar.

“It’s about being comfortable in the temperature,” she said. “A heavier scent is more appropriate in Winter.”

Creating a one-of-a-kind perfume is good for people who want to be unique, Hassett said, and lets people find new ways to express themselves. Besides, it can be hard to find a commercial perfume that properly fits.

“Perfume is like fashion,” she said. “If it’s not in season, you can’t find it.”

But aside from the aesthetic appeal of wearing a signature scent, Hassett said she has had people come to Escentuelle and call the process a one-in-a-lifetime experience.

“People have told me making their own perfume has been on their bucket list,” she said. “They find it very enjoyable.”

Though for anyone not looking to make their own perfumes, Escentuelle also sells products such as essential oils and perfumes that Hassett has made herself. 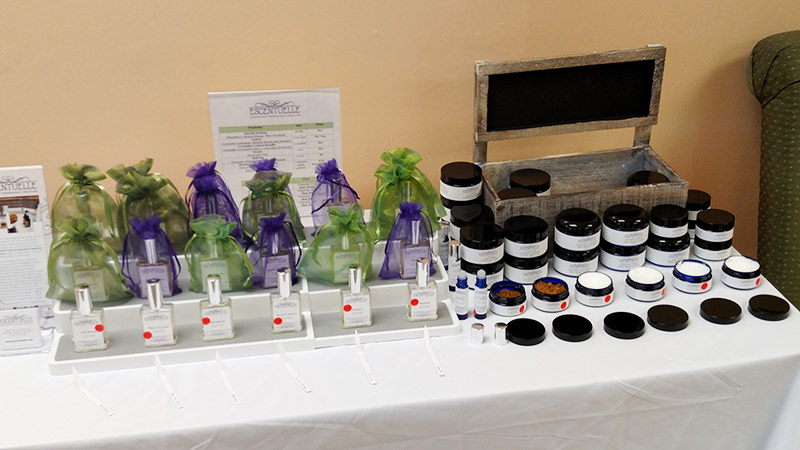 Study With The Masters

Escentuelle has been at its current location in Cary since August 2015 but Hassett has worked with perfume since 1998, starting off self-trained. In 2002, she went to France to study at the world famous Galimard Perfumery, founded in 1747, to study with the French masters known literally as “the Nose.”

“I had started in the natural world and I wanted to know about synthetic scents and why they were used,” she said. “And it let me see a major commercial perfume production.”

In France, Hassett learned distillation and extraction methods, major perfume categories such as chypre, fougère and oriental and ways to differentiate perfume and cologne.

“Now, I am one of only five certified distributors for Galimard in the United States,” she said.

Hassett has been back to Galimard multiple times, including April 2015 when she learned her current method of using the blended elements or “accords” in her perfume organ as opposed to building perfumes from raw ingredients. And, with science creating new ingredients for perfumes all the time, Hassett said there are still things she can learn to keep improving her craft.

Escentuelle is located in Suite 107 on the first floor of Olde Cary Commons at 201 W Chatham St. 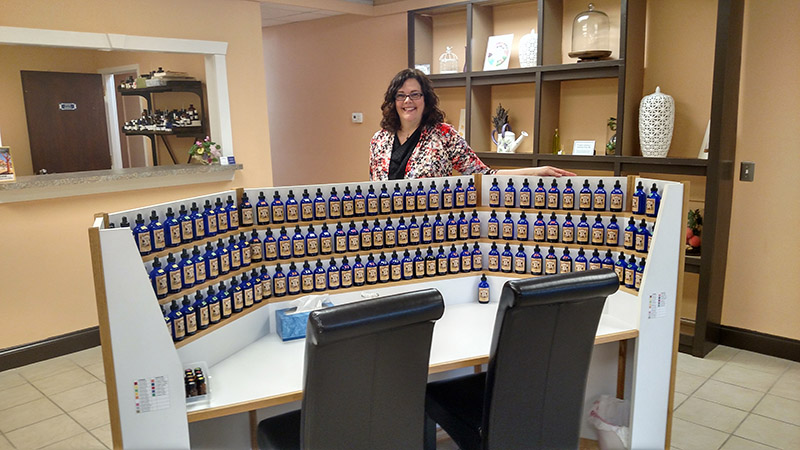 Carolyn Hassett behind the “perfume organ” in Old Cary Commons.

Story and photos by Michael Papich. Coverage on CaryCitizen is sponsored in part by Waverly Place in Cary.

Pictures from Fest in the West