Cary, NC – There was barely any sitting room available in chambers as the public came out for the Cary Town Council meeting and very few of them were there for the budget adoption.

Note: At-large Representative Lori Bush was not in attendance at this Monday, June 27, 2016 meeting.

The vast majority of attendees to the Monday, June 27, 2016 meeting were there for the proposed rezoning of the property between the Upchurch Village and Park Village neighborhoods. In fact, once that piece of business was over, the room was vacated with the exception of town staff and a reporter here and there.

At the heart of the issue was a parcel of land between the two neighborhoods that the land owner wants to turn into residencies with a limit of nine lots for homes. But based on the interpretation of the town’s ordinance for such developments, there would need to be a connecting road running through that land and joining the two neighborhoods, and this is what animated most of the complaints by residents. 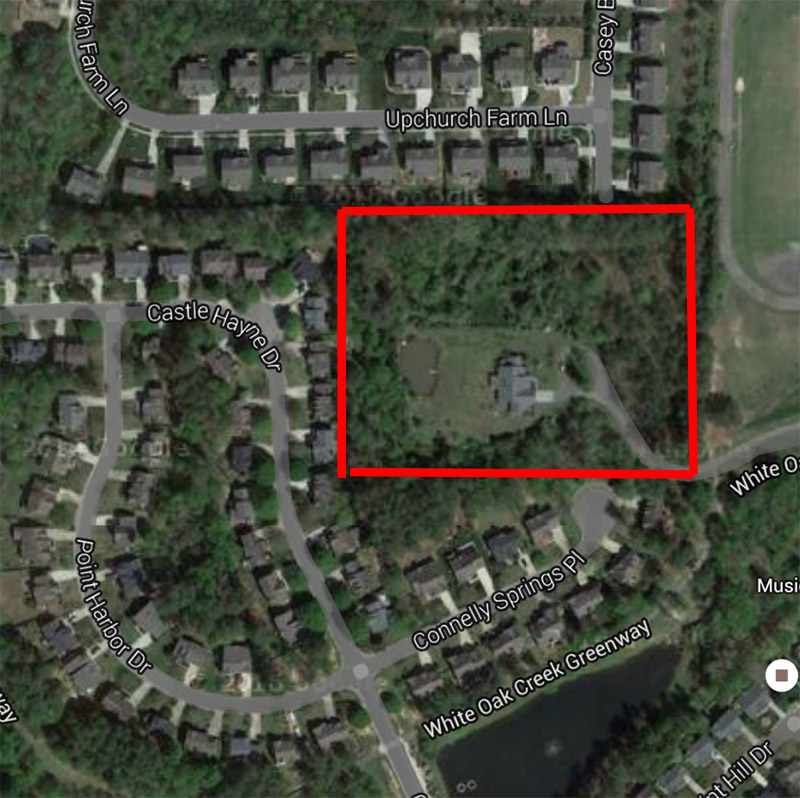 The land between the two neighborhoods for rezoning. To the right are Davis Drive Elementary and Middle Schools.

Ten residents from the two neighborhoods, not including the land owner, spoke out against the development, mainly due to the connecting road. During the first comments, residents stood up to illustrate the size of the pushback.

Speakers brought up safety concerns, with traffic already exacerbated by the nearby Davis Drive Elementary and Middle Schools. Related concerns included the children in the neighborhoods with disabilities who would have to cope with a new streetscape, a drop in property values from living in such a traffic-heavy area and the risk of increased crime in the area where there has already been a series of break-ins.

Some residents spoke on other issues. One former teacher brought up the issues of overcrowding in Cary schools and said more homes would add more students to Davis Drive and Green Hope High School. Another resident asked the town to buy the patch of land themselves and turn it into a recreation area because currently, children are playing in the streets.

The land owner and his representative said their intention was to create a medium density residency and said they did not want there to be a connecting road but the town’s ordinance meant it had to be there. 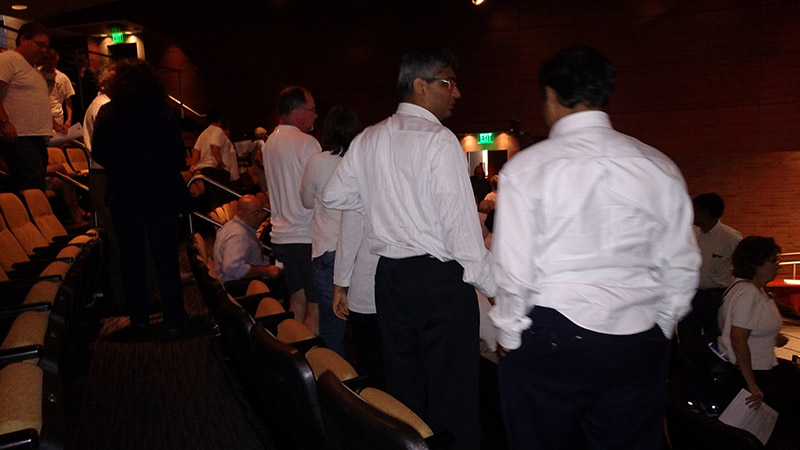 Residents of Upchurch Village and Park Village at the Town Council meeting.

However, when it came time for Town Council to ask questions about the proposed rezoning, they disagreed on whether the ordinance would call for that. In the ordinance, residencies are divided up into different tiers to determine how they would be developed. If the neighborhoods were both considered Tier 1, then there would need to be the connecting road but council members did not feel it met the criteria.

Town Council established that Cary’s Transportation Department had not made a final determination of the neighborhoods’ tier status and the applicants for the rezoning said they would submit a formal request to get that tier status settled.

“I think we’ve made it clear we don’t want to connect both streets,” said Councilmember Don Frantz.

During the public speaks out segment of the meeting, only one person spoke up, asking for the town to reconsider funding for the Cameron Pond Park and opposed what he saw as the town settling for whatever park option affected the most people for the least amount of money.

Otherwise, the budget was passed unanimously and Town Council said it was a “solid” budget.

“We have the lowest tax rate in Wake County. We can’t stress that enough,” said Mayor Pro Tem Ed Yerha.

Some Town Council members said there were things they would like to have included for funding that they had to leave out and Cary Mayor Harold Weinbrecht said he knew some people would be disappointed.

“I think this is a good budget and we’re doing a lot with a little,” Weinbrecht said.

The last piece of business for the night’s meeting was to approve town staff to apply for grant funding for bicycle and pedestrian routes. 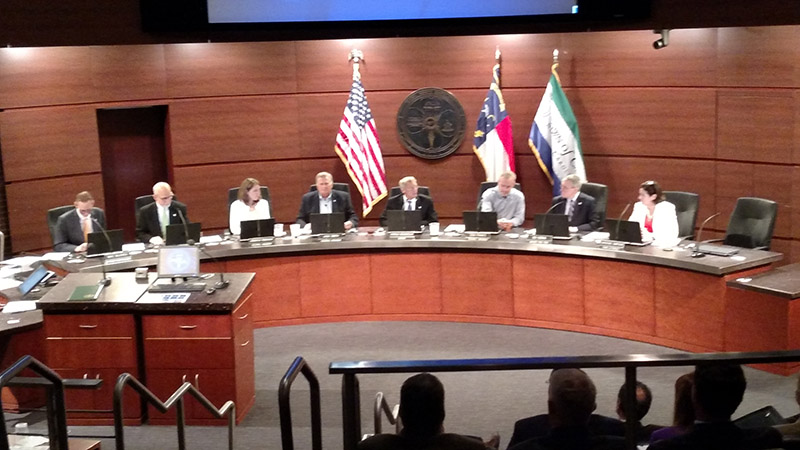 Gardening: Fill In the Summer Gaps
Scroll to top