Cary, NC – Residents of Cary know about the town’s beauty and brilliance and now, local filmmakers have captured the beauty of Cary, both aesthetic and emotional, in a new feature film. 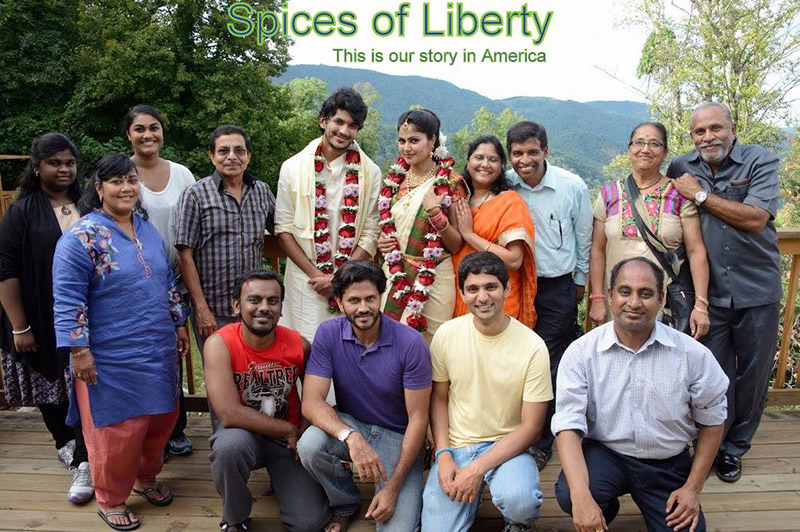 Cast and crew from Spices of Liberty, with Gowri Goli in the center wearing light blue.

The film, Spices of Liberty, has a planned release date this September with director and cinematographer Gowri Goli already showing it around at various festivals.

Goli said the movie was shot almost entirely in Cary, with a few shots in places such as Wilmington and Asheville. Some familiar sites in the film are Bond Park, The Cary Theater, various temples around town and some homes in the Twin Lakes community.

“We had friends in the area who wanted to help out so their houses and our home is part of the movie,” Goli said.

Spices of Liberty is a team effort, with many credited directors, producers, writers and other crew and Goli said the actors are from all over, including some all the way from India, but about 40 of the film’s actors are Cary residents.

“We have gotten very good cooperation,” Goli said. “Actors in the area are losing jobs for whatever reason so people are happy we are creating films here.”

Spices of Liberty is about second-generation immigrants who, while falling in love, reflect on American values such as liberty and freedom. In a town with a large immigrant population such as Cary, Goli said the film should resonate with the local audience.

“Most people – whether they are Indians, Chinese, Irish, anything – are second or third generation immigrants. Very few people were here originally,” Goli said. “But people can see this film and see how immigrants view America.”

Goli also said the film at large is an appeal to the community.

“Our movie shows the beauty of North Carolina and Cary and filmmakers can see for themselves how beautiful the area is,” he said. 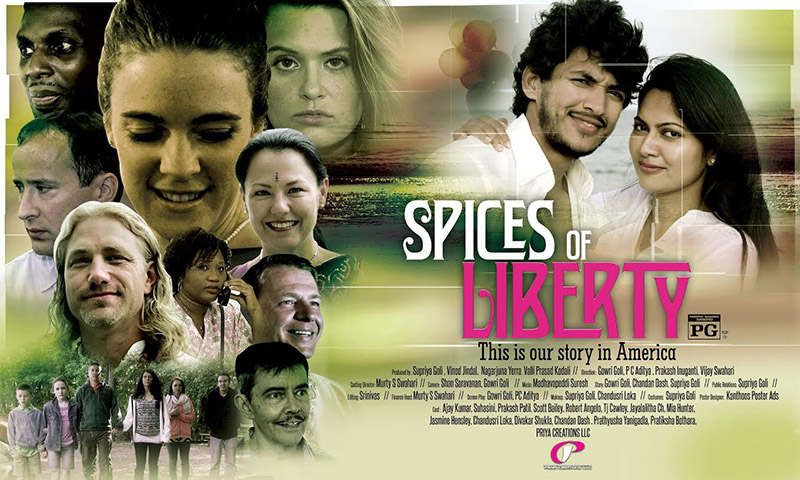