Cary, NC – This last Thursday’s Cary Town Council meeting did not see the same kind of widespread community input as the last one but there was some news about a potential new Sister City for Cary.

Note: At-large Representative Lori Bush was not in attendance at this Thursday, July 14, 2016 meeting.

Thursday, July 14, 2016 was the 60th anniversary of the Sister Cities program formally beginning with then-President Dwight Eisenhower. As part of the recognition, Micheál Lynch, liaison for Cary’s Irish Sister City County Meath presented a framed document addressing the commitment and link between the two peoples. Also with Liaison Lynch was Kris Carmichael, Operations and Program Supervisor at Page-Walker and part of the Sister Cities committee. 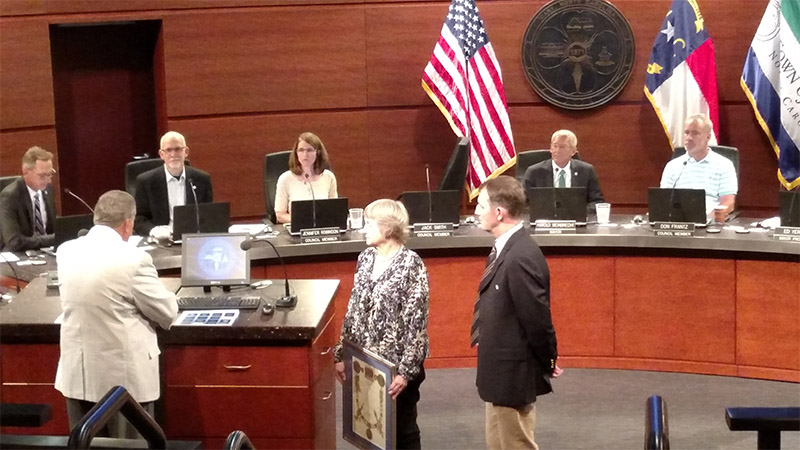 Later in the meeting, Town Council voted to have the Sister Cities committee continue to look into adding Wardha, India as one of Cary’s Sister Cities. This would be the first new Sister City for Cary since Markham, Canada in 2002.

“Many in our Indian community have encouraged us to reach out to a city called Wardha,” said Councilmember Jack Smith.

All Town Council members were receptive to the idea of adding Wardha and some expressed an interest in learning more about the city.

“Everything I know about Wardha makes it sound like a great fit,” said Mayor Pro Tem Ed Yerha. “And not just because ‘Wardha’ sounds like ‘Yerha.'”

In the Public Speaks Out section of the meeting, one community member brought up the Carpenter Village construction project that had previously sparked critical comments at past meetings. The speaker said the builder met again with the neighborhood and showed a revised plan for town homes that were more in line with what the neighborhood wants. They no longer go above the three-story limit and are more congruent with the neighborhood’s aesthetics. However, the speaker said these town homes will have front-facing garages, which he said would make them not fit in with the other homes.

One other speaker that night asked for the town to look into the intersection of O’Kelly Road and the American Tobacco Trail, which he said was leading to accidents and injuries. The speaker suggested a separated crossing as a solution.

There was also one Public Hearing on the annexation of land along Salem Church Road and Westhigh Street. This passed unanimously without any debate or comments. 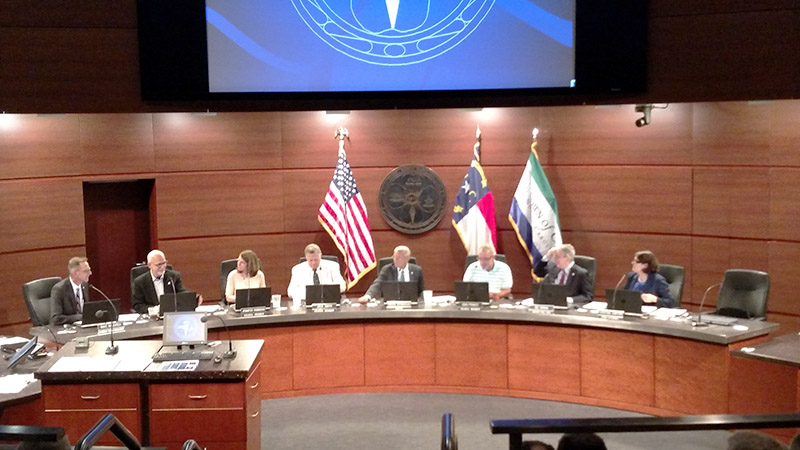