Cary, NC – This week consisted of a council meeting, a ribbon cutting, and a meeting with a school board member.

Monday was the second regularly scheduled council meeting of the month which is unusual. Normally, council meetings fall on the 2nd and 4th Thursdays with quasi-judicial meetings on the 1st Thursday. This meeting had 10 consent items, 7 public hearings, and 5 discussion items. The item that drew the most speakers was the Northwoods rezoning proposal to allow a filling station/convenience store. Residents complained about pretty much everything with this proposal including traffic, light, noise, and property values. The representative for the developer asked that we send this back for another review by the Planning and Zoning board so that they could continue to make changes. However, when council discussed it we felt it was not the right use and that sending it back for another review was delaying the inevitable. Council unanimously denied the proposal.

The council also spent time discussing Round 34 of the Land Development Ordinance amendments. Council member Yerha made a passionate plea against one amendment that would allow gum ball trees to be excluded from champion trees. This exclusion would allow developers to remove them without penalty. Most of council felt that these types of trees are a nuisance and voted for the amendment.

Other decisions included approval to sublease of portions of the WakeMed Soccer Park to for a new private middle school referred to as the “soccer school”. This lease will be reevaluated after 10 months. Council also approved a request by the Historic Preservation Commission to prepare a historic landmark nomination report for the Cary Arts Center (former Cary High School), the Jones House on Academy Street, and the Nathaniel Jones Cemetery on Tolliver Court in the Maynard Oaks Subdivision. The council meeting concluded after about 2 hours and 15 minutes.

Tuesday I attended a ribbon cutting for the grand opening of the third location of Riccobenne Associates Family Dentistry in Cary. After greeting the owner I gave a few remarks to about 3 dozen in attendance. Then we all gathered outside in the heat (above 95 degrees) and cut the ribbon on the new facility. Afterwards I joined the owner inside (in the air conditioning) as we toured the facility. This facility is a one stop shop for anything and everything with your teeth. They even have specialists that focus on pediatric dentistry. You can get braces, have dental surgery, or just something as simple as have your teeth cleaned. What a great idea to have everything in one place. So if you are looking for a new dental place you probably ought to check this out. 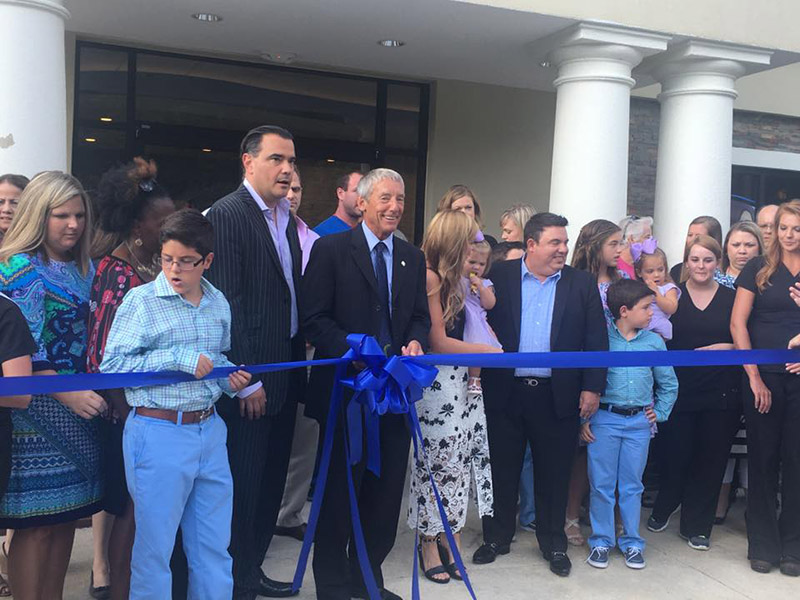 Wednesday I had a meeting with School Board member Bill Fletcher who covers most of Cary. We keep in touch when we can and this was meeting to update me on all the things going on related to schools. In our conversation the following points were made:

Emails from staff this week included the 2nd quarter report for 2016. Here are some interesting points from that report:

Next week the new town manager starts as I swear him in at 7:30 AM on August 4th. Other activities include a meeting with a business owner, an on camera interview at the Cary Tennis Center, a meeting about minor league women’s basketball, a meeting about USA diving, a quasi-judicial hearing, and a work session on the council calendar for next year.

Well, that is all for this week. My next post will be on Sunday, August 7th.  Although I have Facebook and Twitter accounts those are not the best means of communications with me. Please send all Town of Cary questions or comments to Harold.Weinbrecht@townofcary.org and email personal comments to augustanat@mindspring.com.

From the blog of Cary Mayor Harold Weinbrecht. Photos by Jessica Patrick and Lindsey Chester.

Nature and Art Show Calling Out for Local Artists

Photos: Downtown Cary on a Friday Night (2016)
Scroll to top