Cary, NC – In a time when many local stores are being overshadowed by nationwide chains, one family-run Cary business has not only stayed strong for nearly two decades but is actually growing across Wake County, with a new location opening just this year.

Fast Lube Plus is a multi-car service store specializing in oil changes and state inspections. Their first store opened in Cary in 1999 on Kildaire Farm Road and has since grown to six locations in Southwest Wake County, including one in Fuquay-Varina that opened recently.

The stores are run by Tom Benza and his son Joe, who started working at Fast Lube before he could even drive.

“When you come to work for us, it’s just me and my dad,” Joe Benza said. “No HR, no secretaries, no district or regional managers.”

Benza said the Wake County and Raleigh area is a very competitive market for their industry.

“Even today, there are big buildings being built near us for large chains,” Benza said.

But to combat that, Benza said they have worked to foster relationships with customers as well as offer services such as full preventive packages.

“Our employees are seeing the same faces and cars year after year after year,” he said. “Instead of trying to sell them thousands of dollars in services, they tell it to the customers straight.”

Benza, who grew up in Cary, told stories of all the customers who come in and recognize him and ask about his family. He even had one customer send him a carseat as a gift when he was expecting his first child. And while Benza and his father have their best relationships with the customers around their first Cary location, he said they look to any negative comments on their six locations’ Yelp pages and try to talk with that person and figure out what the problem was and how to fix it for the future. 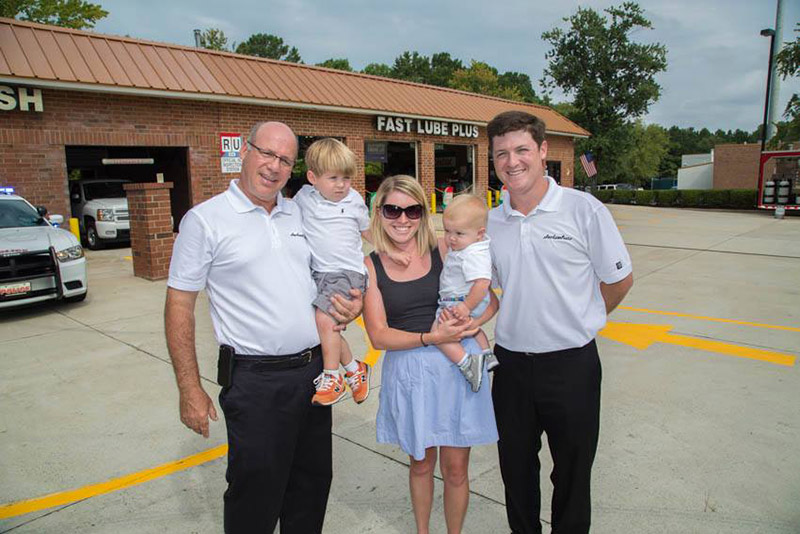 Tom and Joe Benza, left to right, and Joe’s family

For Fast Lube Plus to stay open and grow despite large chains in the area, Benza said they have relied heavily on their employee base.

“We have an excellent retention rate. We have people who are celebrating 10 years with us who have become part of our family,” he said.

In addition to a supportive environment, Benza said one of the ways they help employees is by implementing an “open door” policy where anyone from any of the Fast Lube Plus locations can come to Benza or his father directly to talk about any issues.

“We won’t have the cheapest oil changes and we don’t want to,” he said. “Our biggest thing is we’re convenient, fast and honest and we have great employees.”

The Cary location for Fast Lube Plus is 2992 Kildaire Farm Rd. There are also locations in Morrisville, Apex, Garner, Holly Springs and Fuquay-Varina. 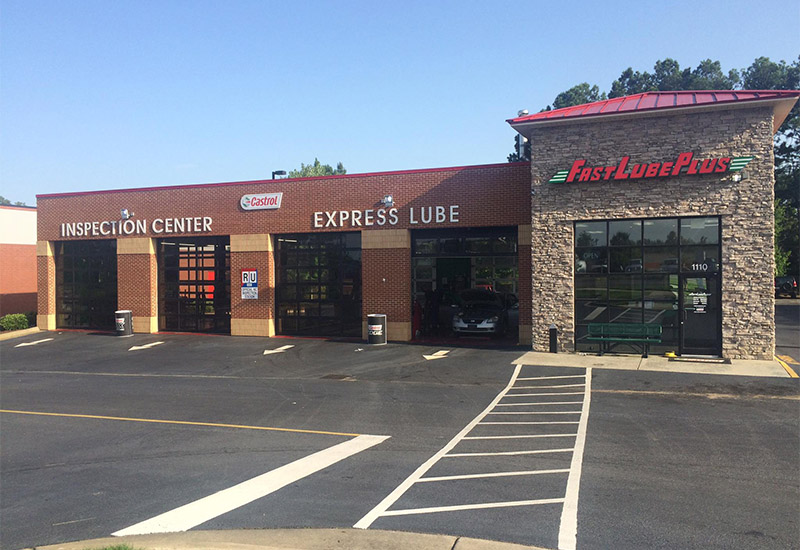