Cary, NC – People who like going to the movies may joke and say they could watch movies all day long. With the upcoming Sick Chick Flicks Film Festival, they will get that chance with 12 hours of short films, all playing at the Cary Theater.

The Sick Chick Flicks Film Festival on Saturday, November 5, 2016 will start at 10:30 AM with an awards ceremony. Then there will be short films playing from 11 AM until 11 PM, save for 20 minute breaks in between blocks and a one-hour dinner break. The films have a focus on horror but there will also be films that are science fiction, fantasy or suspense-based.

Christine Parker, the festival’s founder, said the main focus of the event was to look for short films directed by women.

“We didn’t turn away men who submitted because we don’t want to turn away anyone but it’s mostly a focus on women directors,” Parker said.

Parker said she wanted to correct an imbalance she sees in most film festivals.

“I usually only see one or two movies that are directed by women,” Parker said.

And in the genres presented in the Sick Chick Flicks Film Festival, Parker said women are particularly ignored.

“Especially in horror, I don’t think there is much attention for women,” she said. “It’s in everything in the movie business but I’m more of a horror person so that’s where I see much of it.”

The Sick Chick Flicks Film Festival, which Parker said is the biggest female-centric short film festival in the world, not only brings out some of the best in independent horror, sci-fi and fantasy short films, among other genres, but it brings together filmmakers from around the United States and even around the world.

“You see a wide variety in the films,” she said. “Women are very creative.”

Included in the festival are short films by directors from Canada, Sweden, Egypt, Spain and more.

Parker said the festival has allowed all of these creators and directors to be aware of each other and possibly connect. Also, at the Cary Theater screening, some of the filmmakers themselves will be in attendance and will take questions from the audience.

“It’s a great opportunity to see movies and the directors,” she said. 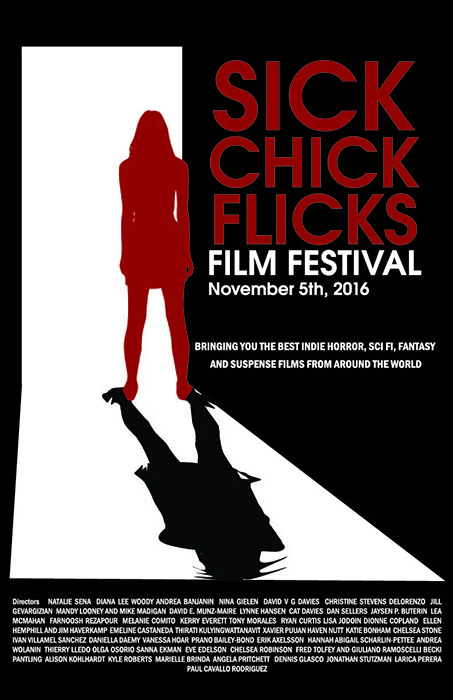