Cary, NC – While buses and bikes are popular ways to get around in Cary, cars are still an integral part of local transportation and one resident recently won a contest to make sure his car was in working order so he could get around. 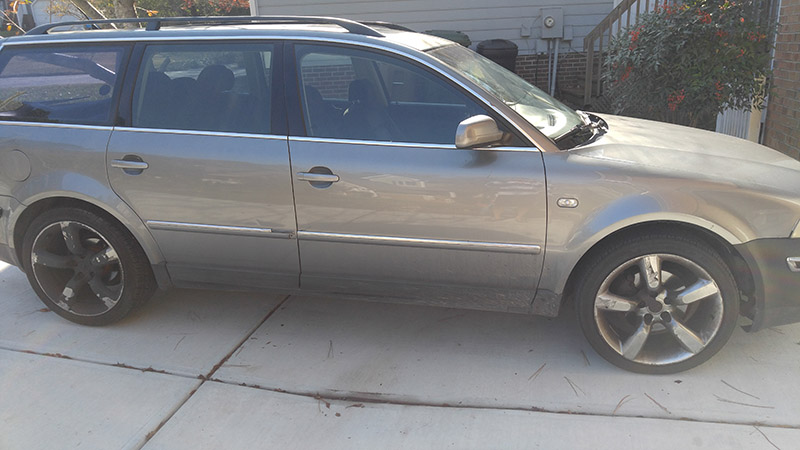 Thomas O’Hannigan won Atlantic Tire and Service‘s Repair My Ride contest with the most votes for his pitch on why he should win and get repairs for his 2003 Volkswagen Passat. O’Hannigan said the biggest problem with his car was its steering rack, which he said took his steering wheel out of alignment.

“Not having the alignment in place meant I had trouble steering and I would be worried about getting from place to place,” O’Hannigan said.

O’Hannigan is a student at Wake Tech, which is a 30 minute commute for him to take in a car with a faulty steering rack.

“I also teach piano and I sometimes to go students’ houses,” O’Hannigan said. “I would have to give myself more time and give myself wider turns to make sure I could get there.”

With the $1000 he got by winning the contest, O’Hannigan said he is first going to have the alternator and battery checked and replaced if need be to ensure the car can start.

“I’m hoping to sell the car eventually so I want to get as much taken care of as I can,” he said. “And I want to try and save some by fixing things myself.”

While O’Hannigan was the official winner through votes, comments of support for another local entrant, Parker Bailey, led Atlantic Tires to also award him $1000 for repairs. 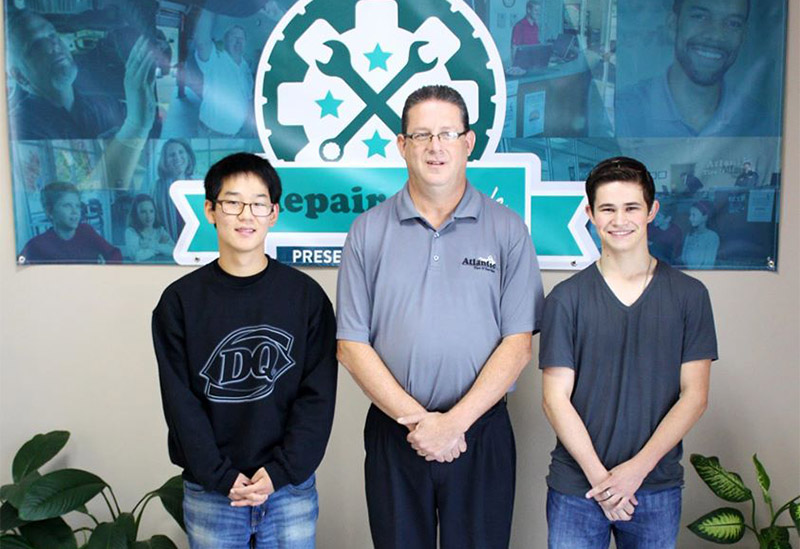 In the Repair My Ride contest, entrants posted a video of themselves on the Atlantic Tire Facebook page, describing the issues with their car and why they should win. Through “likes,” page visitors could vote for who they thought should win and also leave comments of encouragement and support. O’Hannigan said he learned about the contest through Facebook.

Anthony Blackman, president and owner of Atlantic Tire and Service, recently received Tire Business’ 2016 Tire Dealer Humanitarian award at the Tire Industry Association convention. The award comes with a medal and a $2,500 donation to the charity of Blackman’s choice.

Blackman has donated close to $2.7 million to groups such as the Cary YMCA, the Miracle League of the Triangle, Prevent Blindness North Carolina and the First Tee – Triangle and The Children’s Home Society of North Carolina.

“It is humbling to be honored for doing what comes so natural: giving back to the community that we call our home,” Blackman said.

In the 16 years Atlantic Tire has been open, they have donated to more than 45 local nonprofits and community-focused organizations, not including other community projects and school fundraisers.

Atlantic Tire and Service is located on 1380 NW Maynard Rd. in Cary. 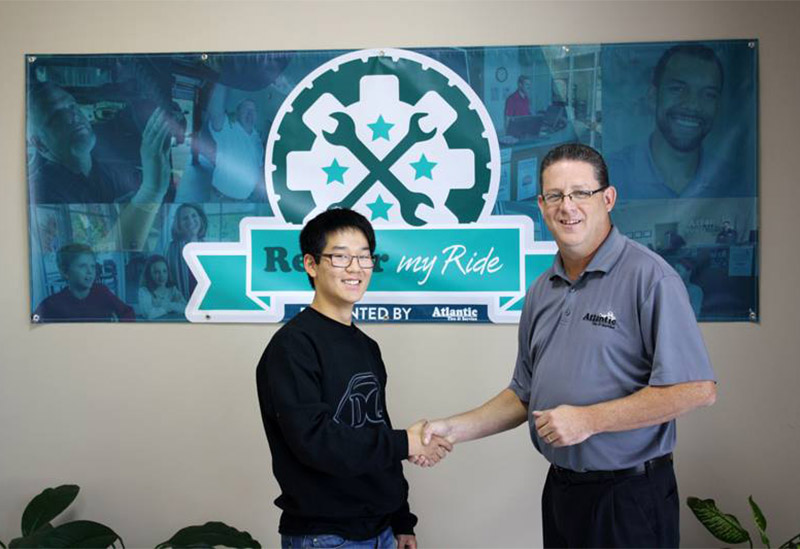