Cary, NC – Every year, the American Legion works with high school students in a variety of ways to try and build up civic engagement. Part of their work is the Oratorical Competition and next week, one Cary student will be representing us in the District Contest.

Ryan Janssen, a senior at Cary Academy, is representing Cary and our local American Legion Post 67 in the District Contest from Saturday, January 21 to Sunday, January 29, 2017. During the Oratorical Competition students give speeches which are eight to 10 minutes in length regarding some aspect of the United States Constitution.

Janssen has been a part of his school’s Speech and Debate club but said he never did the kind of oratory this competition requires. Instead, his interest started when he participated in the American Legion’s Boys State, a week-long model government camp the organization runs over the Summer for rising seniors.

“I fell in love with it. I campaigned for, and was elected to the Supreme Court there,” Janssen said. “When it was over, I wanted to find some way to stick with it.”

Without experience in this sort of competition, Janssen said he had to work hard to craft his speech.

“I had to start out with a long layout. It was a vague topic so I had a lot to think about and find a way to talk clearly about what I meant,” Janssen said.

One good thing, Janssen mentioned, was the snow storm in Cary which meant that the competition was delayed by a week giving him more time to perfect his speech.

With the upcoming District Contest, Janssen will be competing against other students from District 11, which includes posts from Raleigh to Fuquay-Varina. For his topic, Janssen has to give a speech on apathy for civic duty among millennials or young people.

“I’m learning so much more about the subject but it’s something I’ve always been interested in,” he said.

To build his case, Janssen said he has been looking at statistics on past participation in elections as well as current trends in polarization. Personally, Janssen said he is passionate about civic duty so this is a topic close to his heart.

“What makes a good oratory is talking about something you’re passionate about,” he said.

In speech and debate, Janssen participates in Congressional Debate, which sees students present mock legislation and debate its pros and cons. Janssen said this event matches his interests because it deals

And from his perspective, Janssen said he does not see much engagement in civics among his peers.

“Among millennials, it’s not as important,” he said. “It’s not a priority.” 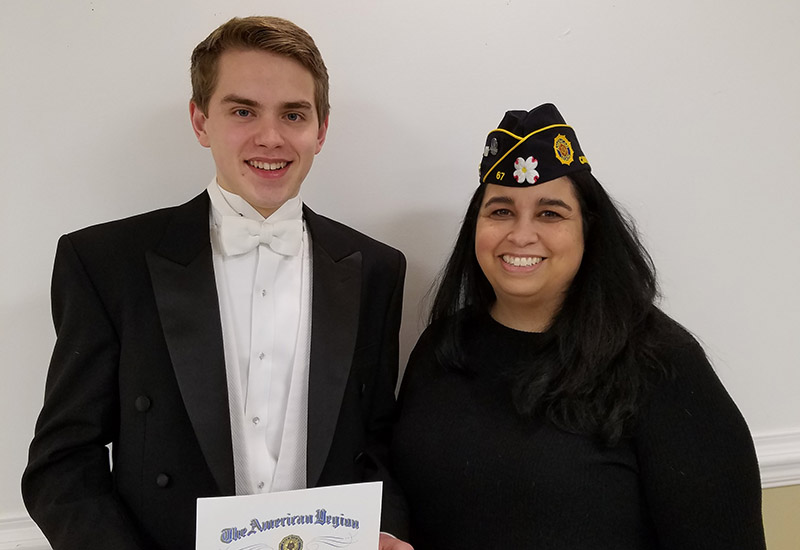