Cary, NC – Wake Technical Community College already has nine campuses across the county and are now starting on number 10, located in technology-heavy Morrisville to hopefully train students for jobs of the future. 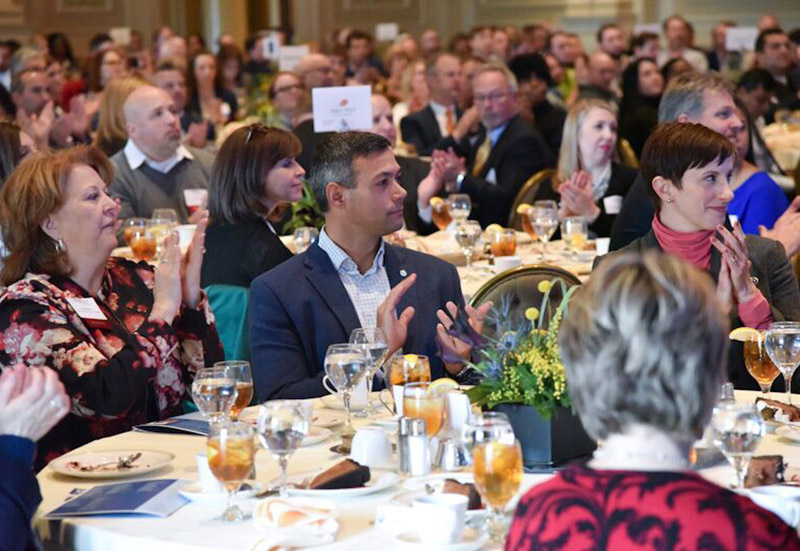 Stephen Scott, president of Wake Technical Community College, spoke at the annual meeting of the Morrisville Chamber of Commerce about the plans for a Wake Tech campus in the town. And as Scott addressed the crowd at Prestonwood Country Club, he explained why more technology education is needed for everyone.

“Jobs like most of us have won’t exist in the future,” Scott said. “We need to constantly reinvent ourselves.”

At the Tuesday, January 31, 2017 meeting, Scott said the plans for the Wake Tech campus in the Research Triangle Park will be around 94 acres, with nine buildings and a 12,000 student capacity.

For this campus, Scott said the courses will revolve around what he called “clusters of innovation” where most work is being done. These included computing, cyber security, clean systems and education.

“We are being poised as a technology campus,” Scott said. “We want to focus on those high-paying jobs.”

The first building is scheduled to be finished by this same time next year, with more buildings opening later, including the central energy plant and parking deck.

While taking questions from the audience, Scott said it would not yet have facilities other community colleges in North Carolina have such as conference center space and said it will not have the same focus on early college and medical courses that other Wake Tech schools have. But Scott also described the Wake Tech system as “honest brokers.”

“We don’t profess to have all the answers but we promise to find the best in the world to come in and provide them,” Scott said. 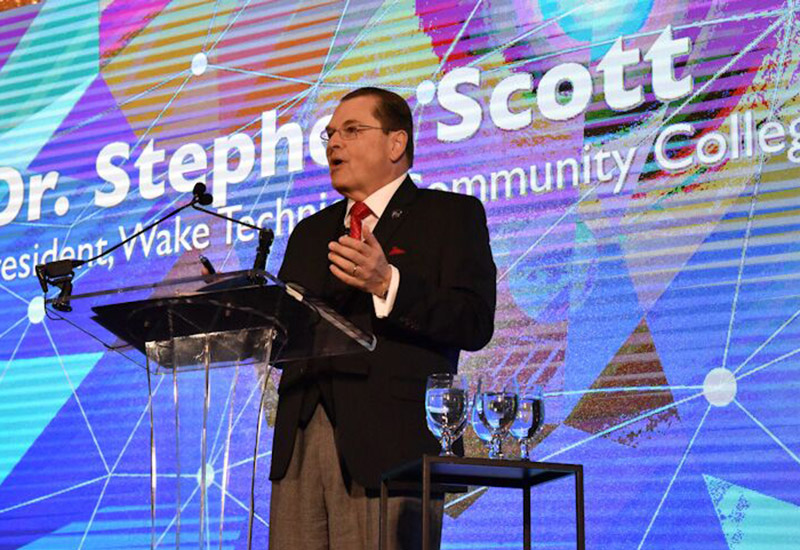 Right now, Wake Technical Community College has nine schools in the county, with around 70,000 students – 25 percent of whom Scott said already have a bachelor’s degree or higher.

The school has been named the fastest growing large community college in the country. For example, in 2003, there were only two Wake Tech campuses in Wake County, with the medical campus only half its current size.

“People come to us to get a skill to make them a little bit better at their job then their competition,” he said.

Through focusing on new technology fields, Scott also said he wants to make sure the different campuses are connected to the parts of the county they appear. Scott said it was a way to connect to the two middle words in their name: “technical” and “community.”

“That’s what we’re all about,” he said. “High-tech and high-touch.”

Also at the meeting, CaryCitizen’s own Lindsey Chester was named the Morrisville Chamber of Commerce’s Ambassador of the Year.