Cary, NC – Shakespeare is inarguably the most well-known writer in the English language with more than 30 plays to his name. And a new comedy by the Cary Players tries to go through all of those plays, recognizing their beauty and laughing at their silliness. 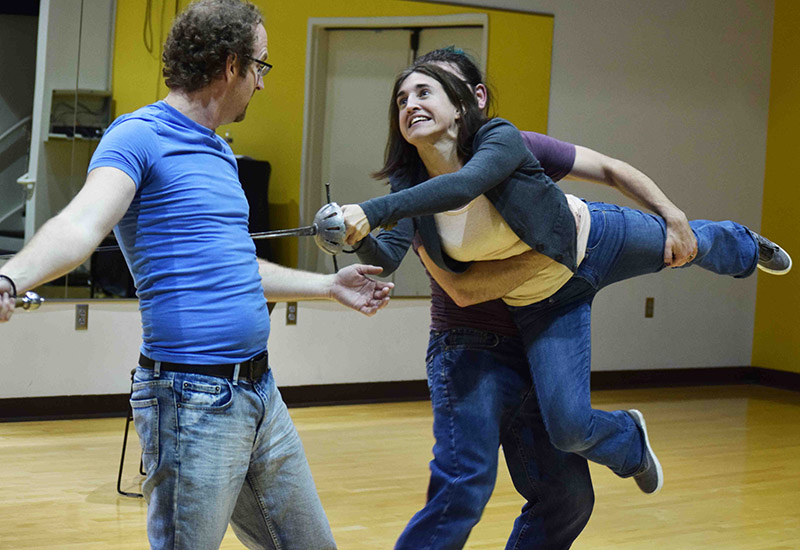 Essentially, the play will see the actors attempting to fit in all of Shakespeare’s plays into a 90 minute window.

“You come in and you think it’s a lecture, but 10 minutes in, it gets crazy,” Rich said.

The goal of the play is not to recreate Shakespeare plays but Rich said the famous words of the playwright will be incorporated to different effects.

“There are passages in Shakespeare that are getting so far removed from modern language that we make fun of it but there are other passages we deliver in a natural way to show how strong the writing is,” Rich said.

With this balance of approaches, Rich said this play can appeal to anyone, regardless of how they feel about the Bard. 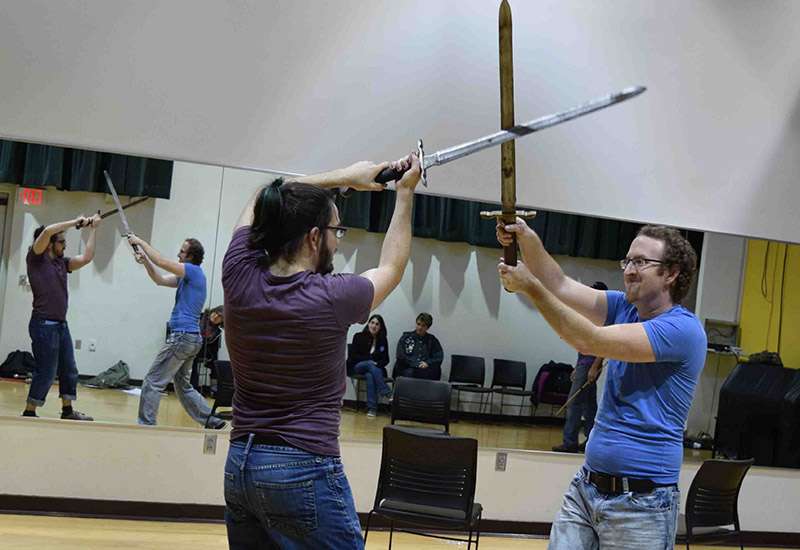 Not only with the actors in “The Complete Works of William Shakespeare, Abridged/Revised” be pulling off a big feat by trying to cram all of the plays into the limited time frame but they will all be pulling full duty because there will only be three actors.

Actors Lorelei Lemon, Daryl Ray Carliles and Greg Guilliano all star in the play and Rich said they bring a variety of backgrounds, from stage acting to film acting to Chicago-style improv.

“Think about the energy they have: they’re on stage for 90 minutes with no break,” she said. “There’s wigs flying, there’s dresses coming off. The two people backstage are practically part of the cast.”

The play involves a lot of gender-switching, with men playing women and vice versa. And Rich said the cast gets freedom with the script during the length of the comedy.

“There are parts that get off-script, play with the plot and explore the comedy of the script,” she said.

In addition to the amount of acting and improvisation the actors already have to do, Rich said the play includes a lot of swordfighting. Fight choreographer Steve Whetzel taught the cast how to not only fight on stage, but how to make it funny.

“This play has a lot of great comedy dying,” she said. 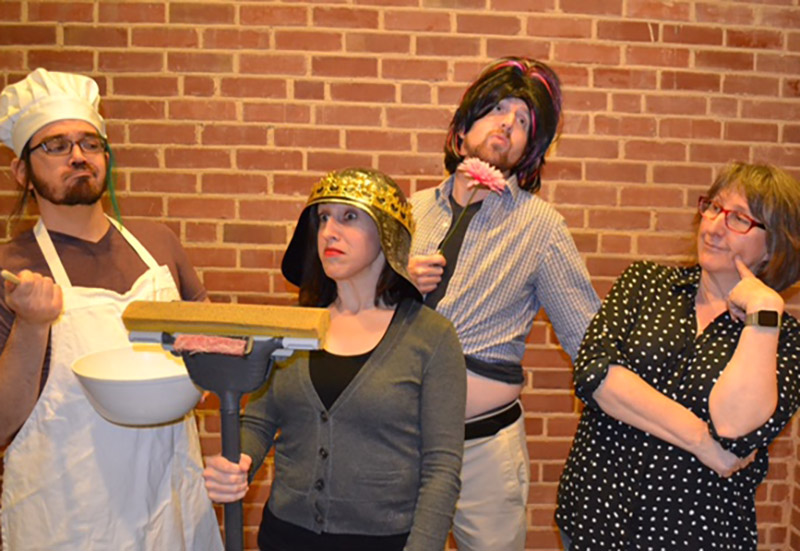