Cary, NC – In July of 2016, 77-year-old Cary resident Diane Meckler met Janice Gleason Skow of California and had a conversation that would change her life. Janice shared the story of how her father, Rev. Carlton Gleason (“Pappy”) visited Kenya in 1998, at the age of 88, and upon seeing the tremendous needs of the people, started Segera Mission (www.segeramission.org): a Christian mission that includes a school, medical clinic, and mission outreach program in a remote area of Laikipia, Kenya. 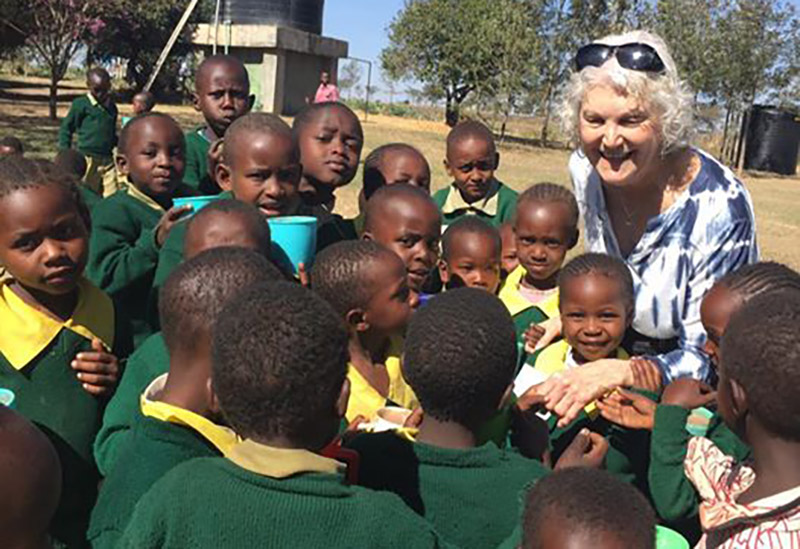 Diane, who is of Jewish descent, but also deeply spiritual in nature, lives on a modest retirement income, and has to carefully choose how to spend her money. Yet, the moment she heard about Segera Mission, she knew she must find the means to go there and volunteer.

On Thursday, February 2, 2017, after an exhausting 29 hour trip of three planes followed by a bumpy five-hour car ride, Diane reached the mission and was greeted with “the warmest welcome of my life.” Dozens of school children gathered around to touch her hand and say “welcome my friend.”

There are 35 staff members at the Mission. Faith Karimi, who is “mum” at Segera, and younger than Diane’s two daughters, made it her personal mission to “take care of” her and they immediately became fast friends and “spiritual sisters.”

Diane volunteers as a teaching assistant in the Level One, or “pre-school” class (ages four-to-six), and was amazed to see the children, who only began their schooling on Tuesday, January 3, 2017 immersed in an all English curriculum which includes joyful participation in recitations, singing, prayers and learning of letters and numbers.

“This, and so much more, is accomplished in a school environment exceedingly below our notions of substandard,” Diane said. “What is even more astonishing is the level of attention they have all day long! There is no hyperactivity here, no disorder, so discipline is unnecessary.”

Diane is in awe of their highly resourceful teacher, Grace Kiende, and calls her “a stellar example of what every teacher should be!” 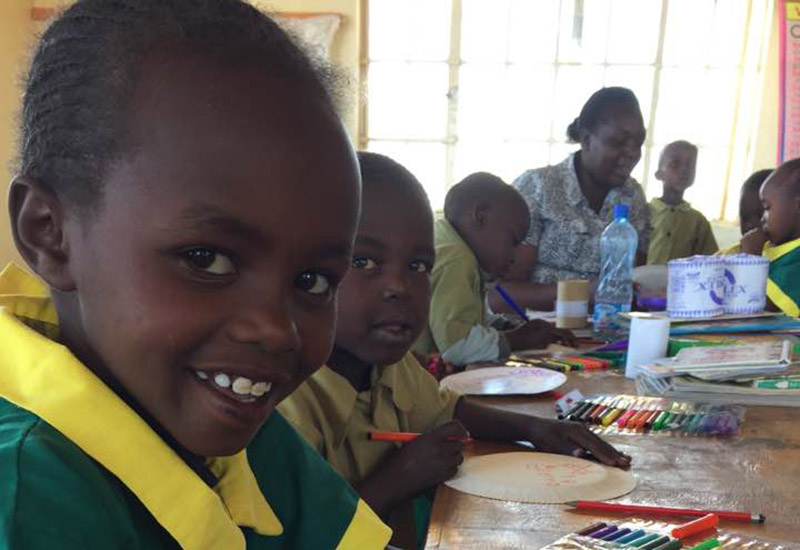 School starts before 8 AM, so many of the 300 students – who walk up to six miles to get here – leave home when it is still night and must be accompanied until daybreak to protect them from wild animals.  Sadly, few children have shoes suitable for such a journey.

Extreme poverty is the way of life for people here and faith is the force that holds them together. Too many children do not have any food at home so they are provided porridge in the morning and a substantial meal of corn and beans mid-day.

Ninety-seven percent of local people do not have running water in their homes and are invited to take drinking water from the mission, where water is pumped from the river and then treated. All day people can be seen arriving and leaving with full jugs on their backs. Personal and clothes washing are done at the river or a few sporadic dams but after years of little rain, water levels are getting dangerously low. 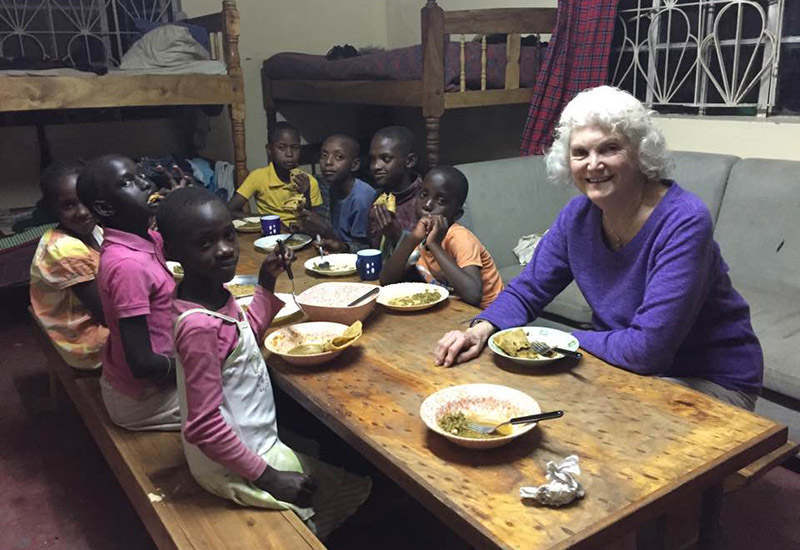 Sadly, drought conditions also mean that the Segera Mission farm – which previously covered a prolific 4.5 acres, growing enough spinach, cabbage, kale, corn and beans to offer food to surrounding villagers, is now barely able to sustain one-half acre of limited produce; less than enough to feed the people living here. The 99 pounds of corn and 77 pounds of beans for the school children’s daily meals must now be purchased elsewhere.

Serge Musasilwa, Kenyan director of the mission, dreams of drilling a well to tap the plentiful underground water, but the $25,000 cost is prohibitive to their tightly stretched budget.

Segera Mission is also home to a two-room clinic – the only health facility for a radius of 232 square miles which serves over 17,000 people. There are no physicians here; instead three registered nurses handle all the treatments performed by doctors, midwives and nurses in the USA. In 2016, 7793 patients were treated here and 171 babies were delivered with no fatalities to either baby or mother. Births and medical emergencies don’t follow a schedule so the nurses are on-call 24/7. 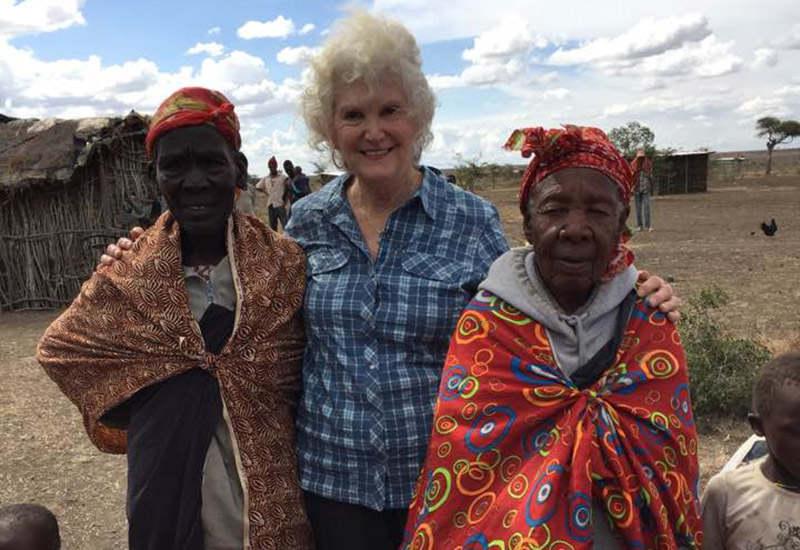 For urgent trips, the staff must serve as ambulance drivers transporting the critically ill. For non-urgent care, the week is organized to handle preventative, curative and follow-up care through an outreach program. All treatments are given without cost. The dream now is to build a modern medical facility on the premises. Funding is in place for 40 percent of the construction cost, but the challenge to raise the other 60 percent remains.

Villagers are impoverished beyond an American’s ability to visualize or comprehend, yet they are happy and loving, while maintaining a depth of faith and displaying an inherent dignity that Diane describes as beyond her ability to convey in words.

“I dream of bringing a film crew here, perhaps from The New York Times, where I was privileged to work for several years,” Diane said. “Or perhaps it could be Oprah, or Barack and Michelle Obama! First you have to dream it and then you can do it!”

There is a miracle happening here in the Kenyan desert. Children who live in mud huts and wear one torn uniform to school, immaculately clean on Monday and filthy from the area’s oppressive, pervasive dust by Friday, are being educated for a better life, and their mothers are being empowered to better care for themselves and their children – all accomplished  “on a wing and a prayer.”

Everyone at Segera Mission is working to change the cycle of poverty that surrounds them, through education, nutrition, health care, and job training. Kenyan mothers, like mothers everywhere, desperately want a better life for their children. They are being empowered by this indefatigable mission to solve their own problems in a sustainable, transformative way.

Diane feels honored and humbled to be a part of this special community and now repeats her new mantra daily. “There is nothing I need, because I already have too much of everything!” 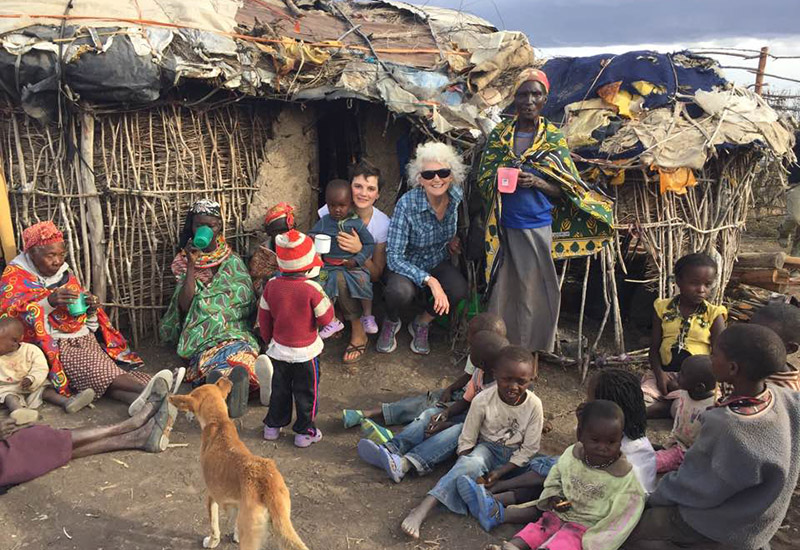