Cary, NC – The latest Cary Town Council meeting saw a number of infrastructure projects pass through council without any controversy.

Note: Councilmember Jennifer Robinson was not in attendance at this Thursday, March 9, 2017 meeting.

The agenda item that saw the most discussion was a request from a resident at 100 Joel Court for help with stormwater drainage. During Public Speaks Out, the homeowner described the constant flooding she experiences and her difficulty in getting the Town of Cary to do anything about it when problems started 10 years ago.

Before the discussion of this specific home, Cary Town Manager Sean Stegall had town staff presented an overall presentation about stormwater in Cary. According to the report, Cary has actually seen more rainfall, with a 31 percent increase in average rainfall over the past decade or so. 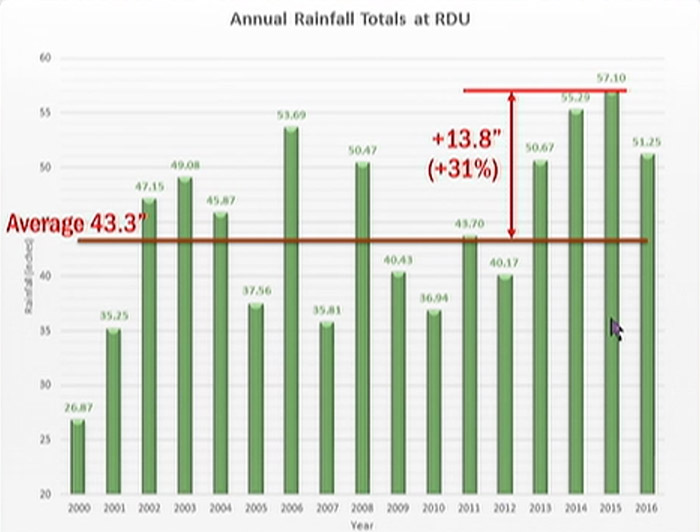 Currently, there have been around 20 projects by the Town of Cary to mitigate stormwater since the 2006 stormwater report, with projects such as new culverts or other ways to get excess water away from homes. After the full presentation, the Town Council asked staff to make this summary available on the town website because there are so many questions from residents about stormwater.

For this specific case, Billy Lee with the Water Resources Department, showed diagrams of the creek in question and how it would overflow. This creek lies near the Coles Branch floodplain. A 30-inch culvert is already in place but Lee proposed another 48-inch culvert to run parallel to the existing pipe. As Lee explained, the options were 42 inches, 48 inches, 60 inches or buying the home and raising or demolishing it. The 48-inch pipe took away a significant amount of water while the 60-inch pipe did not take away as much in proportion to its price.

Town Council were happy with the plan because of how it would impact the neighborhood as a whole.

“This project addresses not only the problem at 100 Joel Court, but also 102, 104 and others,” said Councilmember Don Frantz.

Town Council unanimously approved the project. While it is being fast-tracked by town staff, the process will be slowed down by the easements in the area.

Another discussion item involved repairs and improvements as the Town Council voted on resurfacing for part of NW Cary Parkway. This stretch from Evans Road to North Harrison Avenue would have its concrete removed for all new asphault and would include a two-foot paved shoulder.

“That concrete section is one of the worst to drive over in Cary,” Frantz said.

There will be no night-time construction but during the day, there will be detours and lane closures in place. The projected construction time, according to Sammy Wood with the Transportation and Facilities Department, will be from Spring to Fall.

Also on the agenda was the vote to approve more than $101,000 for the Economic Development Strategic Fund for MetLife. When the life insurance company came to North Carolina, it had an Incentive Grant Agreement for annual payments if it reaches certain milestones as far as capital investment, average salary and the number of jobs created. MetLife ended up exceeding these milestones, including bringing in 1474 jobs, and therefore asked for a stepped-up payment. 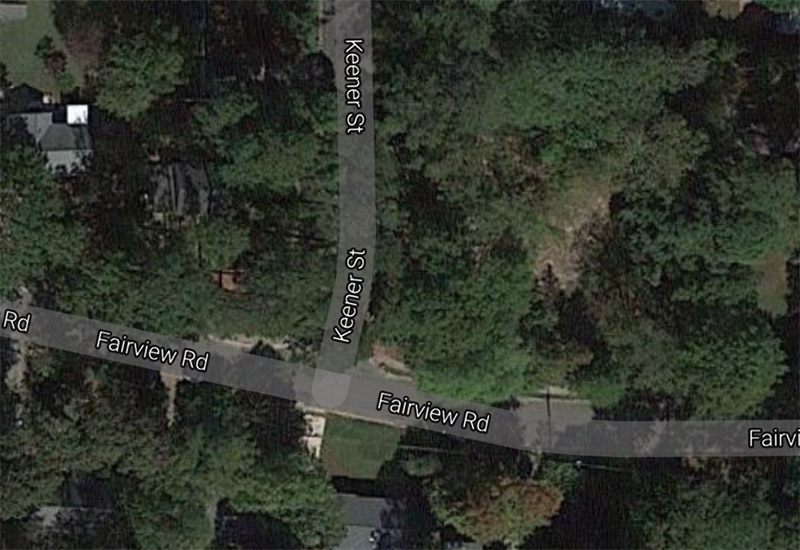 There was only one Public Hearing on the agenda with a request for an abandonment of part of a right-of-way in Downtown Cary. Near the intersection of Keener Street and Fairview Drive, this was considered excess right-of-way by the property owner George Jordan and town staff.

“We looked into it and there was no real reason to have the right-of-way,” Jordan said.

With the interest in building new homes in this area, Town Council said they felt it reflected on the revitalization of downtown. They voted unanimously in favor of the abandonment.

The speaker who asked about preserving trees also talked during Public Speaks Out, asking about a crosswalk for Walker Street and Harrison Avenue, as well as a request for as much green space as possible to be preserved in the new Downtown Park.

Other news at the Town Council meeting included Stegall reporting that the Round Four Jordan Lake water allocation has been approved. This should secure water for Cary until 2045.

At the beginning of the meeting, Cary Chief of Police Tony Godwin recognized the Citizens Assisting Police Team, which now has 166 members, almost equal to the number of uniformed police officers the town has. Through volunteer work, Godwin estimated the team saved the town close to $165,000.

Story by Michael Papich. Chart by the Town of Cary. Photos by Google Maps and Hal Goodtree.

Things to Do in the Triangle Region for Families of Children with Special N...