Cary, NC – It wasn’t that the Islanders were that much better or played as a team that needs to win all of their last games, as they do, to have any chance of the Playoffs. It was more that the Canes, now officially out of the Wild Card slot for the playoffs, were as flat as they’ve been all season. Watching the coaches behind the bench throughout the game was probably more entertaining than the action on the ice. At one point the way head coach Bill Peters turned to Rod Brind’Amour, it looked as if he was telling him to head to the locker room and put his uniform on as the team needed some spark out there. 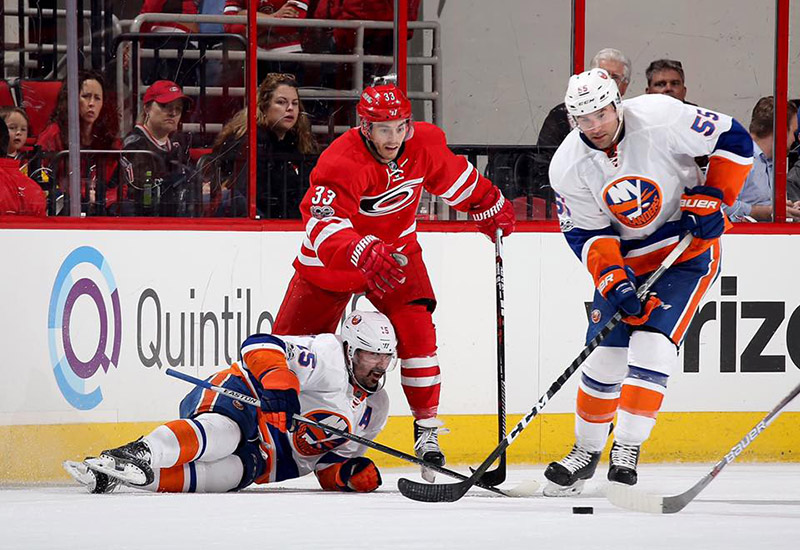 The first few minutes of the game set the tone for the way both teams would play. The Canes won the initial faceoff and methodically brought the puck into the Isles end with a set play. Everything was looking good until the Islanders intercepted a pass and brought the puck 200 feet in the other direction. With the puck in the far corner and both teams digging at it, Brock Nelson scooted the puck towards the crease.

With players from both team pairing up like eight graders at their first dance, the puck bounced off Jordan Staal’s skate innocently into the right side of the net just as Eddie Lack was sliding left. Lack appealed to the ref he was bumped but if anyone touched Lack it was a Cane defender. Goals like that can make a team mad and bounce right back which is what I was expecting.

The Isles on the other hand smelled blood. Just three minutes later, the Islanders put on a barrage of shot on Lack. After Anders Lee took a shot from the high slot, Lack made the save but put a rebound in the sweet spot that an uncovered Scott Mayfield tapped in for just his second goal of the season.

Victor Rask was starting the second period serving the last half of a four minute double minor for a bad high sticking penalty.  Fresh ice for a power play is almost like an extra player, which is what the Canes didn’t need at this point of the game. The hope was if they killed off four minutes with a man down, there had to be hope for the next 38 minutes of play. Former Cane Andrew Ladd carried the puck through the neutral zone, down into the Canes end along the right wing drawing three Cane defenders. With no teammates around, Ladd sent a shot towards the goal that completely fooled Lack and at that point it was game over.  Only thing that Ladd could have asked for more was to have had his good friend Cam Ward in net for bragging rights or making sure Wardo pays for dinner.

The Caniacs more so than the Canes were just hoping to have one goal scored as laying a goose egg at home is a horrible feeling for everyone. Islander goalie Jaroslav Halak was supposed to be their #1 keeper this year but had a very bad start to the season and some say was responsible for the Islanders coach being fired and also was sent to the minors for most of the season. He’s been very good since being recalled and the Canes booted his confidence that much more as he pitched a shutout. 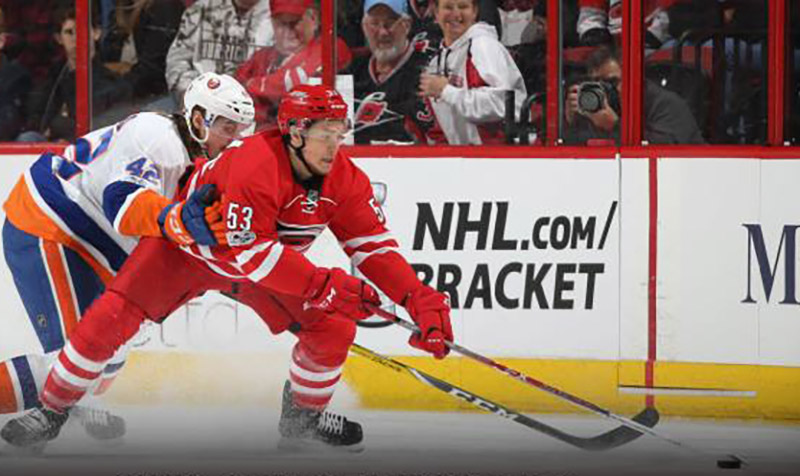 Too Little, Too Late

The Canes played better in the third as they did have more jump in their step but all still far below their potential. The Canes did muster eight shots and these eight were more challenging than the 15 they put up in the second. Jeff Skinner was the only offensive threat that was trying to make things happen. Brock McGinn was doing his part banging bodies and Jaccob Slavin continued to be a beast on defense along with his partner on the blue line, Brett Pesce.

The Canes last home game of the season is Saturday night against the playoff bound Blues at 7:00. Coach Bill Peters will be sure to have his team ready for a much better showing on the ice for as much as this game means nothing for the standings, these guys are all professionals and no professional like losing. Be there! 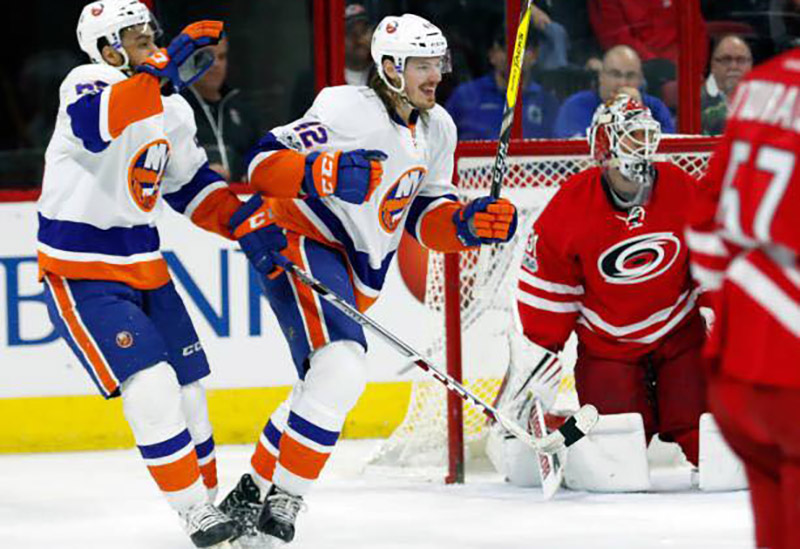