Cary, NC – Fencing is increasingly popular in the area and this weekend, Cary will host a tournament pitting athletes against one another, armed only with their masks and weapons.

The Apex Fencing Academy is holding its end-of-year tournament on Saturday, May 13, 2017. Between 70 and 90 athletes will be competing in this one-day tournament. Coach Kriszti Hovanyi said it is mostly competitors from the local area but there are people coming from as far as Charlotte, Fayetteville and Wilmington.

“It’s an open event at the end of the year so it’s a chance for all fencers, from beginners to more experienced ones, to fence against each other,” Hovanyi said.

The competition, taking place at Cary’s Middle Creek Community Center, is broken up into age and gender categories. While this particular event will have mostly youth and teen athletes, there will be a fair number of adults and seniors as well. And as adult participants such as Doug Griswold said, it is a sport people can get into at any age.

“You can fence well into your 70s,” Griswold said. “You can do it casually but if you want to compete, there’s lots of options. It’s like a high-energy tennis and it’s a fun workout.”

For the structure of this tournament on May 13, all participants will get a chance to take on one another in a pool round, then based on those results, a seeded tournament bracket is set up.

“It’s not like other sports. If you want to compete, you get to compete,” Griswold said. “There is no getting ‘sit on the bench.'”

And at the Apex Fencing Academy tournament, there will be full amenities from masks and protective clothing to judges and fencing strips.

“It’s the real format used in the Olympics,” Hovanyi said. 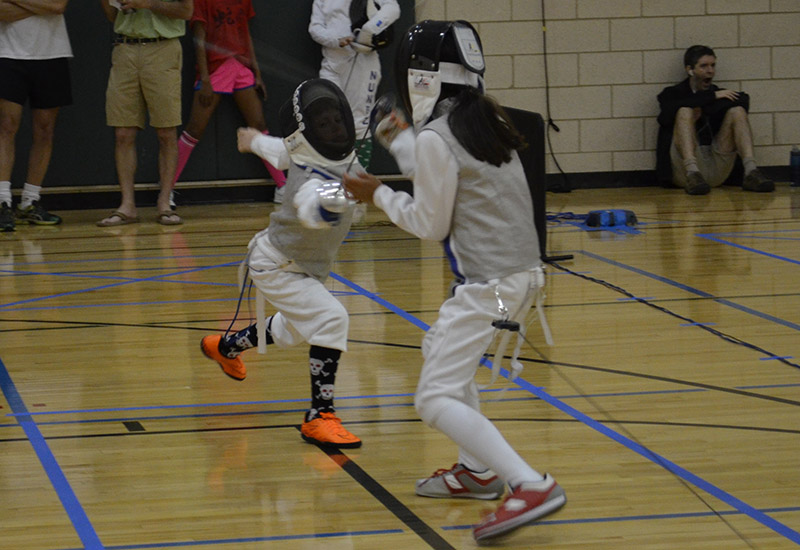 Watch or Get Involved

The tournament is open to the public and Hovanyi said it is always exciting to watch.

“We have six strips set up so you can always see two or three matches at once,” Hovanyi said. “It’s a fast pace, even though at first, it may not seem like much is happening. But the more you watch, the more you will see and understand the action.”

Griswold got involved in the sport after his son signed up and it did not take long after that for him to want to get involved too.

Even aside from the competitive aspect, Griswold said it has consistently given him a strong workout.

“You’d think after doing this for three to four years, I would get used to it but in one week, I take a conditioning class, have lessons and classes, and then have one day of bouting,” Griswold said. “And after those bouts, I am still sore every time I go out there. It’s a total body workout.”

But fencing can also offer something few other sports do: direct, one-on-one competition.

“It’s a great workout for both your endurance and for your mind,” Hovanyi said.

“You can make a plan in your head at first but based on what they do, in two or three moves, your plan may be out the door,” Griswold said. “You have to react, constantly. It’s a real test and it’s fun.”

The Apex Fencing Academy’s tournament takes place on Saturday, May 13, 2017, with the first events starting at 9 AM at Middle Creek Community Center, 123 Middle Creek Park Ave. 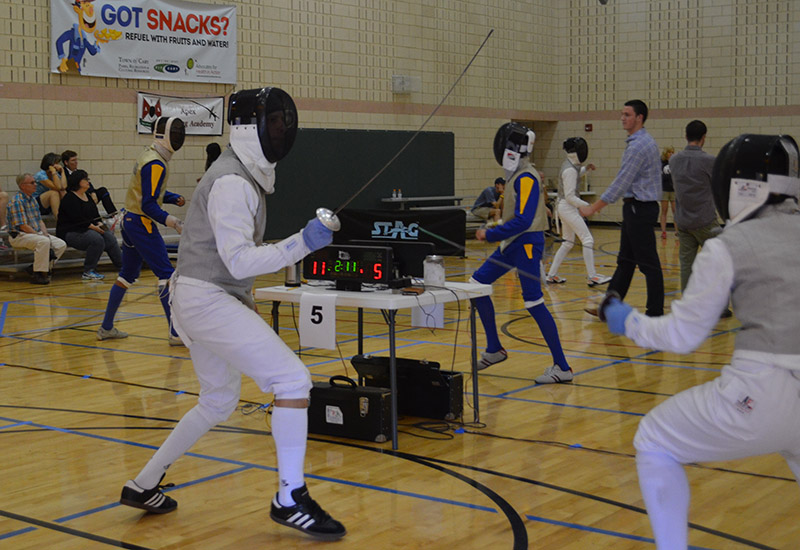