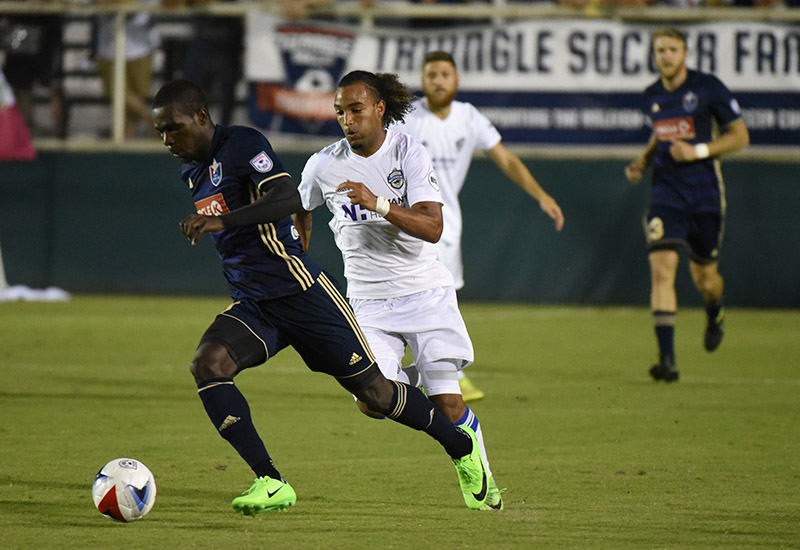 The local professional men’s soccer team took on Charlotte at Sahlen’s Stadium at WakeMed Soccer Park on Wednesday, May 31, 2017.

The tide of the game moved in NCFC’s favor early with a goal from James Marcelin in the 23rd minute, getting a header past the goal thanks to an assist from Lance Laing. From there, the pressure stayed on in the first half, with both NCFC and Charlotte attacking the net again and again.

But another point would not go up on the board until the 51st minute with Nazmi Albadawi got a far corner shot in past the goalkeeper, getting his second goal of the season.

After NCFC’s lead went to 2-0, Charlotte started to reduce its pressure, likely in an attempt to counter the next offense by NCFC. But this did not work with the fast-paced style of the team, with Albadawi and Connor Tobin both getting a goal in, only a minute apart. Both used assists from Austin da Luz.

The game ended with a penalty kick for Charlotte, which allowed them to end the game 4-1 but it was still NCFC’s win at the end of the day. 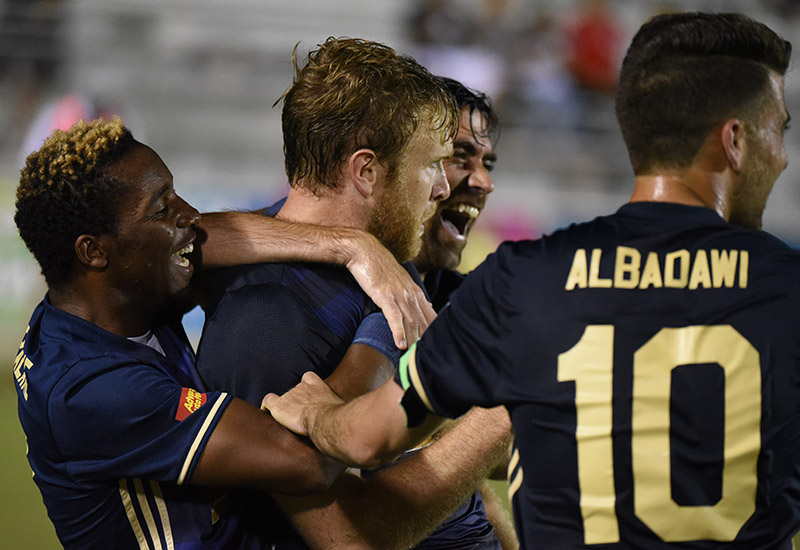 With Wednesday’s victory, NCFC has established a strong rhythm, winning four of their last five games. Also, this is the fifth game this season where the team got a goal within the first 25 minutes. And Head Coach Colin Clarke said it was a great result.

“To start with, I thought we dominated from the first whistle. We came out, started very well, possessed the ball, moved the ball, created opportunities, got the first goal and it was a very pleasing performance all around,” Clarke said. “To win the game 4-1 was nice.”

Because of this win, NCFC is guaranteed a fourth-round match against MLS side Houston Dynamo at home on Wednesday, June 14, 2017 in the Open Cup. 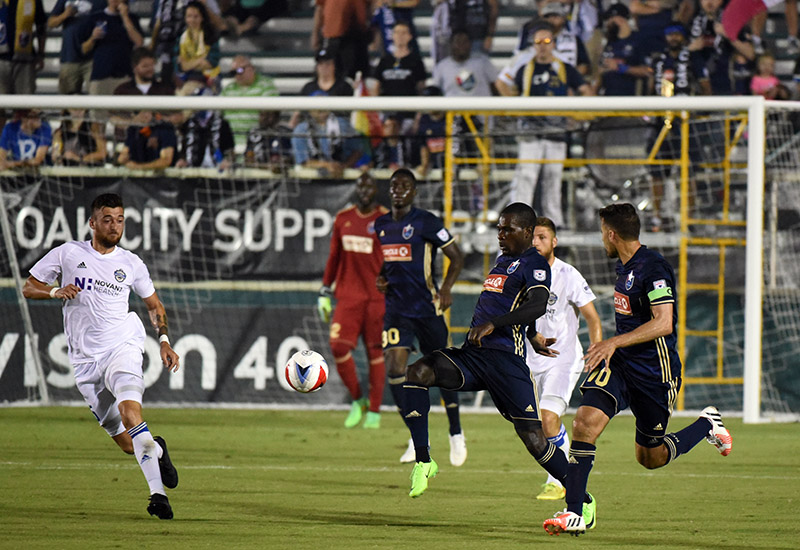